Just over half of Americans (54%) know that the Qur’an is Islam’s holy book. Based on that number, it is likely that much less have much knowledge of its contents or if they do, they only know what is given to them by popular pundits, mainstream media, and polemical parties ranging from the liberal to the strictly conservative. 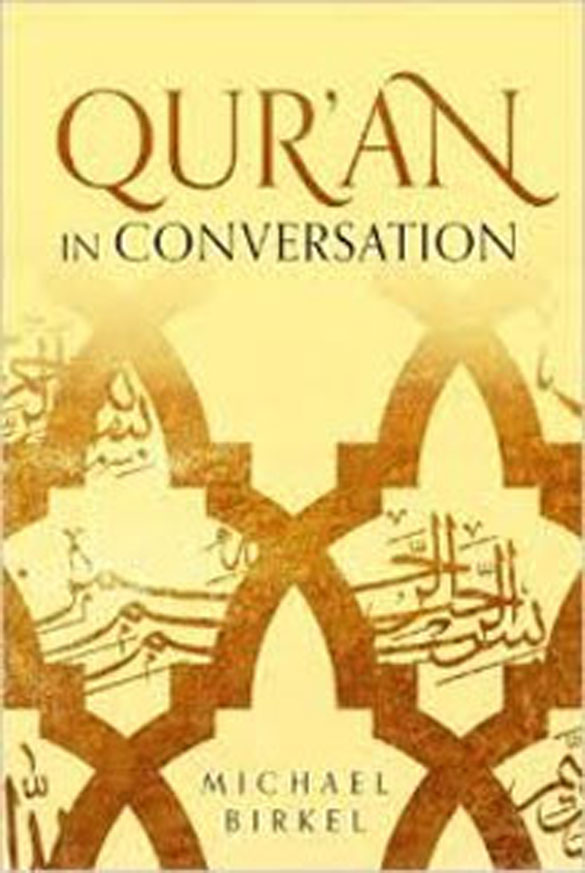 The Qur’an is not Islam’s “Bible” per se. It is much more. As an illustration, the Qur’an is to Islam what Jesus is to Christianity. It is the very embodiment of the revelation of God. It is received, not inspired. In the original Arabic, it is the very word of God to the people of Earth. It is the foundation and form of Muslim belief and ritual, providing an outline of their doctrine and a playbook for their piety. It is a complex collection of revelation that, for Muslims, deserves the utmost respect, attention, repetition, and faithful interpretation.

Increasingly, it also demands our attention, respect, and faithful engagement. Not only are the number of Muslims increasing in the U.S. (both from immigration and domestic conversion), but there are also myriad advocates of Huntington’s “clash of civilizations” thesis and pundits misquoting, or at the very least misinterpreting, Quranic ayahs (verses). In order to befriend and dialogue with our Muslim neighbours, co-workers, and community members in a compassionate, and informed manner we need to approach the Qur’an with charity and a zeal for apperception from a Muslim perspective, not with our own lenses.

Omid Safi wrote in his review of this book, Quran in Conversation, the Qur’an is quick becoming an American scripture and this book provides a rich opportunity to understand it as such. As the editor Dr. Michael Berkel wrote in his introduction, “This book is written for readers of goodwill who are curious to learn more, who are rightly suspicious of rancorous distortions of Islam, and who would like to hear thoughtful Muslims themselves talk about their Scripture in ways that outsiders can comprehend.”

Relying on the first-hand accounts of more than twenty Muslims scholars and leaders, Berkel has assembled a collection of fresh American Muslim voices that speak to relevant issues of Islamic theology, women and Islam, global Islam, relationships with “the religious other,” and others.

Personally, I appreciated the echoes of my own faith and practice that I found in the book, not to mention the many illuminating insights I read including perspectives on how Muslims in America are comfortable with diversity, are holistic and vibrant in their religious orientation, and are competent in addressing the most contentious questions concerning Islam. More than anything I respect and am pleased with the fact that Birkel allows the subaltern Muslim voice to guide the conversation, going so far as to keep his commentary to a minimum and even change its font to a smaller size than the text of Islamic interlocutors.

Nonetheless, I must note that this book is not without its bias. Lacking in its pages are “hard-line” interpretations, strictly classical readings, and Wahhabi/Salafi discourses. What Birkel wants you to hear are progressive voices, which are no doubt founded in traditional sources, classical schools of thought, and informed by centuries of Islamic tradition, but are nonetheless forward thinking, mystical more than classical, informed by the modern era, and boundary blurring. In its pages this book contains interfaith pioneers, feminist heroes, and multicultural mavens who provide an eye-opening glimpse into the diversity of contemporary Muslim thought in the U.S.

I am often asked by people reticent to recognize that Islam is anything other than a violent, blood-soaked, medieval religion to provide examples of enlightened reformist Islamic voices. While I have not struggled to name names and reference essays and/or books, this volume makes my response that much easier. For everyone who challenges me to provide examples of the wide spectrum of Islamic thought I will no doubt refer them to Quran in Conversation. While it may not provide every perspective in the American Muslim world, it does a phenomenal job showcasing a wide variety of dissonant and varyingly orthodox, but avant-garde voices emerging from the variegated American Muslim landscape.

Below is an interview I was pleased to have with the editor Dr. Michael Birkel who is a professor of religion at Earlham College in Richmond, Indiana.

Dr. Birkel, thank you for taking the time to talk about your new book. Why don’t you start by telling me a bit about yourself and your academic background?

I come from a Quaker background and teach widely, on topics as varied as the history of Christianity, Hebrew Scriptures.

With that background, how did you get started with a book on Islam and the Qur’an?

I started out just wanting to know more about Islam in order to teach more about Islam. My philosophy of teaching is about truth seeking and then truth telling. Teaching can also be a form of peacemaking. Truth isn’t being completely sought or told in painting a portrait of Islam. We tend to always see extremists from far away.

So, I began by reading widely, learned Quranic Arabic to read the text, and began teaching Islam. I have some students who are Muslim and they will take my class because I teach Islam with respect. Their knowledge of Islam may be very deep, but as wide as their zipcode. It’s very local. I came to learn that their own tradition is broader than they thought. People need to know more about Islam. Religious literacy among non-Muslims in society is pretty low.

How did this book come about?

I was encouraged by these students to write a book from the outside of Islam. My scholarly training was not in Islam, so I am not a trained scholar but I could meet the people who are. This book project grew out of it. Non-Muslims tend to know nothing about what is in the Qur’an or about their Muslim neighbours.

What I decided to do was, my Muslim neighbours (Imams, educators, university professors, Islamic students) to choose one passage from the Qur’an and talk to me about it. I had 25 extraordinary conversations and included them in this book.

What I find fascinating is that when you ask someone what is at the centre of their religious experience and bring a listening and sympathetic ear to that conversation, something wonderful and enlightening can happen. That’s the aim of this text.

I teach some biblical studies and love the history of biblical interpretation over the centuries. Sacred texts give life, and come to life, in community. I knew the Qur’an gave life to the Islamic community; this book is an opportunity to come to the life of that community.

What new, or surprising, things did you learn as you engaged in these conversations?

One theme that emerged again and again, one not portrayed in the wider media, was that of mercy and compassion. This idea of Rahma (mercy) is at the centre of the Islamic experience. The fundamental nature of Allah is mercy. As one of the contributors (Mohammad Hassan Khalil) said, the “idea of Rahma frames the Qur’an.”

That sense of divine mercy overcoming all else came up again and again as a quality of God, as a divine attribute that we as humans are to emulate. Within the Muslim community it lends a strong concern for social justice and externally ones’ dealings with those outside the Ummah. If the Quran is a vehicle, mercy is the chassis.

Another thing I learned is what I learned from speaking with Muslims from a variety of ethnic backgrounds and global locales. So, I learned that whatever you think Islam is, it’s bigger and wider than that.

Finally, I was overwhelmed by the depth of Muslim hospitality in sharing their personal perspectives with me, with us. Specifically, voices of gender justice from prominent and rising Muslim feminist voices became a real gift. It is stunning to be in the room with these individuals who share a concern for this dimension of human justice and to base it within the Qur’an. They see this text as fundamentally about human equality. Even though there are aspects of their culture and text may seem the other way they are very committed to a reading of the text that is committed to gender equality. They bring learning, creativity, and innovation to their reading of the text. A number of these folks have taken steps of individual personal courage in challenging patriarchal dimensions within the Muslim community.

How do people of other faiths jump in to the Quranic conversation?

The Qur’an is complicated for newcomers. It is not arranged thematically or chronologically. Still, this is the same with the Bible. Imagine picking up Jeremiah. What’s going on here? It’s a complicated text. If you throw the Bible even at Christian students without commentary or tools, it would be difficult. People reading the Gospels feel like it’s a collection of different stories. How do you reconcile it all? You need help and guidance through the text. A community.

We who read our own texts in community may challenge one another, propose what is a faithful reading and what is not. But still, we read it in company and articulate our understanding of it in community. The same happens with Qur’an. One way to read the text is to read it with Muslims. If you don’t want to barge into your local mosque, you can begin by reading this book!

You wrote, “Islam should no longer be regarded as so foreign, as ‘the other,’ in the West, yet at the same time it should remain distinctive, not to be domesticated in the service of any other religion.” Tell me more about that and the idea of the Qur’an as “an American Scripture.”

This is an incredibly exciting time to be a Muslim in North America. On one hand, it’s difficult. Try flying, going to an airport. It’s tough, but it’s also exciting. If 100 years ago you were visiting me in Philadelphia or Chicago and you were Roman Catholic and wanted to go to church I could take you to different places based on your ethnicity because of the “centre of support” nature of cathedrals for Irish, Polish, Slovak communities, etc.. Now, for the most part that doesn’t hold as much. Distinctly American expressions of Catholicism have emerged.

A similar process is underway among the American Muslim community. There are still Muslim ethnic enclaves. You could choose your mosque based on ethnicity or language (for Khutbah), but that is changing right now because the next generation (after the 1960s immigration policy change) are now young leaders in the North American Muslim community. English is their first spoken language. While they know Arabic, Urdu, or other tongues at home, they think, produce, and write in English. They find themselves in a mosque from other places.

Even Sunni and Shi’i pray together in the U.S. They pray together, reflect together, talk together, and in this coming together in conversation they are cross-influencing each other in a new way. They could not meet in their home countries except at the hajj, now they are living in America’s cities together and are expressing their Muslim identity in American culture.

I could imagine a critique of this book. Who does this guy think he is? He is not a trained scholar of Islam!

That’s exactly why I did it. I spoke to my neighbours and had memorable, precious, and spiritually enlightening conversations. I am not a trained scholar, and so that means you can go and do the same. I would hope that this book would only be an introduction to a greater conversation, a primer that would inspire non-Muslim readers to go out and have conversations with Muslims themselves.