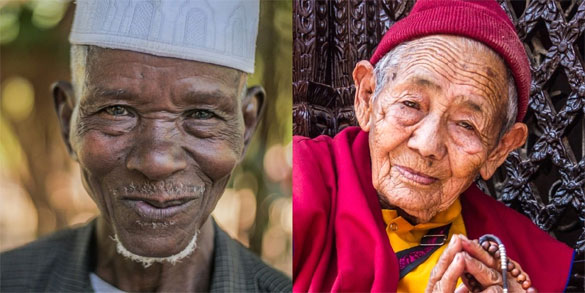 Common Ground Between Islam and Buddhism, written by Reza Shah Kazemi with an introduction and essay by notable figures such as the Dalai Lama, Prince Ghazi bin Muhammad, and Shaykh Hamza Yusuf, is a ground-breaking work with an in-depth analysis and look into the commonalities and connected mysticisms between the great religions of Islam and Buddhism.

While acknowledging fundamental differences between the two religions, this book also takes a deeply spiritual and metaphysical approach to discuss the shared common ground between Islam and Buddhism – explaining that there is, in fact, more spiritual commonalities than differences.

Revolutionary in terms of bridging humanity’s shared moral and intrinsic values, Common Ground Between Islam and Buddhism is a must-read for anyone curious about both the beautiful spirituality of Islam and the deeply revolutionary aspects of Buddhism. Below is a brief summary of some of the main points discussed in this book. 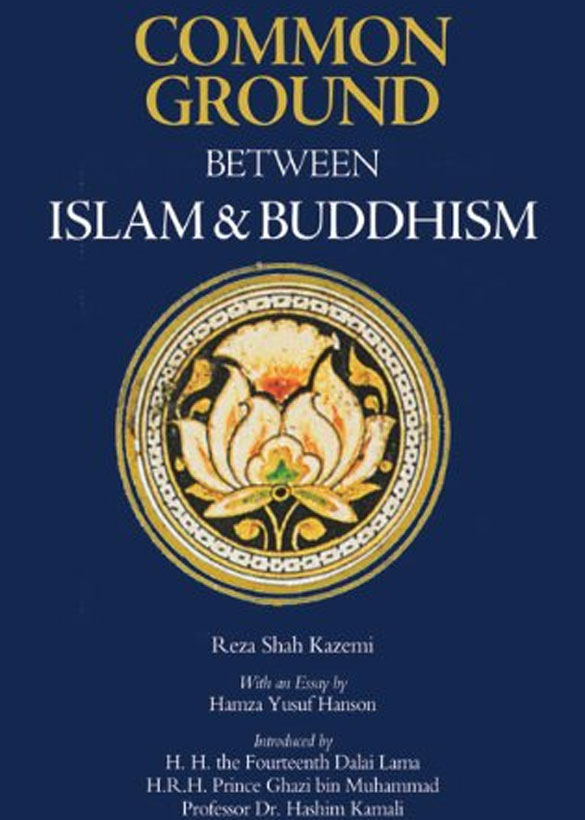 In Islam, Al-Haqq, or the “The Truth/Reality”, refers to the Greatness and Oneness of Allah – it is one of the fundamental aspects of understanding how to truly worship God as One. It dictates everything else in Islam, and not only encompasses the notions of truth and reality but also of what is “right” and “due”. Al-Haqq, therefore, is the truth and reality of everything both in this world and beyond.

On the other hand dharma, the Buddhist concept of reality and order, is also arguably interwoven with the concepts of the “absolute Truth” and “Reality” of Al-Haqq. For Buddhists, dharma is the reality of the suffering and truth of this world, as well as how to overcome this reality – it also encompasses the “truth” of this world.

While an argument can be made in terms of Buddhism focusing on spiritual truth in this world while Islam focuses on a more holistic approach of spiritual truth both in this world and the next, the striking metaphysical similarities between dharma and Al-Haqq cannot be denied – in both cases, there is a recognition of the truth in suffering and the need to overcome it to attain “the Truth” and “Reality”.

It is important to note, however, that while “Truth” in Islam is God, “Truth” in Buddhism can be seen as more ambiguous, especially with the Buddhist silence on a Creator (to be clear, there is neither approval nor denial of a One Creator from the Buddha). Despite this, it still remains curiously interesting that both religions are fundamentally focused on the notions of understanding and obtaining a higher “Reality” and “Truth” (Al-Haqq in Islam and Dharma in Buddhism). 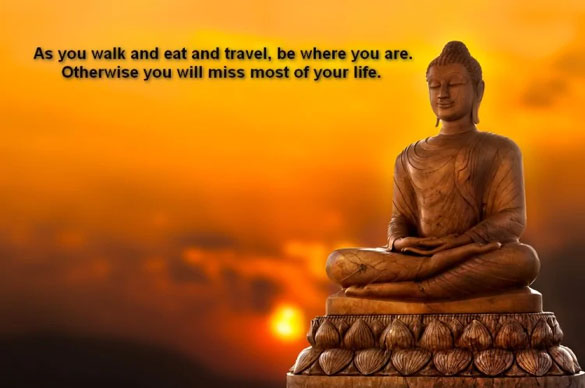 The Buddha as a Messenger

“He (the Buddha) is not merely a wise sage or a benevolent moralist but the latest in the line of Fully Enlightened Ones, each of whom arises singly in an age of spiritual darkness, discovers the deepest truths about the nature of existence, and establishes a Dispensation through which the path to deliverance again becomes accessible to the world.” (pg. 14)

These two levels of Buddha’s enlightenment, in where one is specific to he himself and the other a wider concept of enlightenment for all those who follow the “truth” or “reality”, is in fact similar to the Islamic notions of a prophecy and the “walaya”, or “sanctified consciousness” of the community of followers around the Prophet. In both cases of Buddhism and Islam, enlightenment is both for the specific individual who led the movement as well as for those who follow in their footsteps to attain the Truth.

The Quran states: “And We never sent a messenger save with the language of his people so that he might make it clear to them” (14:4). The Buddha (while acknowledging that Allah Knows Most) could have been a messenger sent to his people, speaking not only the physical language of the time but the cultural and societal language of the time to help spread his bestowed enlightenment in the way that the people of his time and place would understand best.

In both Islam and in most schools of Buddhism, the essence of remembrance and invocatory prayer are strikingly similar as well. Dhikr, the Islamic concept of active worship, can be split into two parts: remembrance and invocation of God. This deeply spiritual act of worship towards God in Islam combines both the means and the goal of the “Truth”, meaning that dhikr is a form of reaching permanent consciousness as well as a means of realizing this consciousness.

On the other hand in Buddhism, particularly in the Mahayana and Vajrayana schools of Buddhism, there is a similar notion of the invocation of the Name of the Absolute figures as a way towards salvation or obtaining the Truth. The tradition that is often referred to as Mantrayana, the “vehicle of the mantra”, in Tibetan Buddhism is an example of the importance placed on the repeated and vocal invocations of the Absolute figures in Buddhism towards attaining pure spirituality as well.

The Buddhist traditions of prayer, meditation, and incantation all point towards the repetitive importance of obtaining enlightenment – it is a constant and active movement of spirituality in Buddhism that helps those who follow it understand the truth of Dharma. Similarly in Islam, the repetitive notion of dhikr in which one is in a constant and active state of remembering the truth of Al-Haqq, means that in both religions, there can be no spiritual growth without a constant state of worship.

The Quran states: “Truly, prayer keeps (one) away from lewdness and iniquity, but the remembrance of God is greater” (29:45). The Dalai Lama, when asked if the Buddhist incantation of “Om mani padme hum” would alone be enough to take someone to enlightenment, answered that “it would indeed suffice for one who had penetrated to the heart of its meaning, a ruling which itself bears out the saying that the Om mani padme hum contains ‘the quintessence of the teaching of all the Buddhas'” (pg. 70). In both cases, there is a profound sacredness in the remembrance of one’s spirituality and worship, which in the end, seems to take its place as the heart of each religious practice.

Common Ground Between Islam and Buddhism is an incredible step towards not only better understanding each religion, but better understanding humanity at its best: in the belief of a sacred duty towards finding a common Truth that binds us all, and believing in the goodness that comes from peaceful and loving spirituality.

As author Reza Shah Kazemi eloquently put, “The two basic dimensions of holiness – vertical and horizontal, metaphysical and ethical, divine and human – can be seen to define the essential common ground bringing together Islam and Buddhism in a common aspiration for the One” (pg 112). Let us pray that the commonalities between both Islam and Buddhism are a reason for us to come together as a community, and not in spite of but because of our perceived differences from the past.