This Is A Shame: Biography of The Palestinian Warrior-Scholar, Abdallah Azzam, Shows Why He Is an Icon for Muslim Extremists

In November 1989, a middle-aged Palestinian Islamist ideologue, scholar and organiser called Abdallah Azzam was killed when a bomb exploded under his car in Peshawar, northwest Pakistan. The news made no headlines in western papers. Azzam was almost unknown outside the chaotic, dynamic and diverse world of extremist Islamism. In the west at least, he remains so. 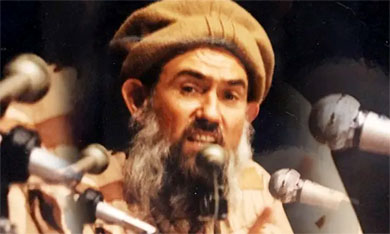 Abdallah Azzam … extremist training camps have been named after him in Syria, and mosques in Yemen, the West Bank, Jordan, Saudi Arabia, Gaza and Sudan.

This is a shame. For contemporary Sunni Muslim extremists, Azzam is an icon. His many works are read and cited and his life held up as exemplary. His radical and controversial demand that participation in the global battle against unbelief is a personal obligation for all Muslims has been hugely influential. He crucially argued that they should disregard traditional authorities – governments, religious scholars, tribal leaders, parents – in matters of jihad. There have been extremist training camps named after him in Syria, mosques in Yemen, the West Bank, Jordan, Saudi Arabia, Gaza and Sudan. If you want to understand contemporary Islamic extremism, you need to understand Azzam and his work.

The Caravan, a biography of Azzam, is the result of a decade or more of work by Thomas Hegghammer, one of the most perceptive and informed scholars of radical Islamic activism working today. It is based on interviews, and a wealth of primary sources, mostly in Arabic. Though necessarily historical in its focus, Hegghammer never loses sight of Azzam’s impact on the present day.

The book explores Azzam’s early years in a village on the West Bank, annexed by Jordan when he was 10, and his deepening involvement with the Muslim Brotherhood, the biggest Islamist organisation in the Middle East. In 1967, when the six-day war ended in a crushing Israeli victory, Azzam fled to join the mujahideen, as they called themselves, in the hills of northern Jordan, from where they launched raids on Israeli defence forces.

There has been very little written about these groups before. Not only were their training regimes and tactics almost identical to those of their leftist, nationalist counterparts, but their strategic thinking and rhetoric was clearly influenced by the revolutionaries around them. One veteran Egyptian Islamist told his young fighters in their camp in Jordan that the Muslim brotherhood should establish a “fighting ‘jihadi’ force, no less important than that of the Viet Cong”, while Azzam remembered how he was woken “by a group of Palestinian leftists chanting a nationalist [song] about ‘my country, my country, my country’”. It was this experience that convinced him “to join the jihad”. When they undertook outreach efforts among villagers however, it was with the Qur’an in their pockets not Mao’s little red book. 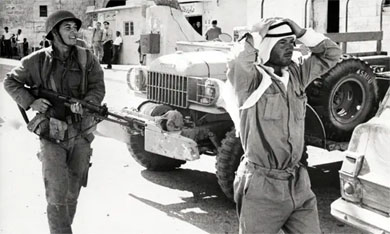 An Israeli soldier with a Jordanian found without identification papers in Bethlehem during the six-day war. Photograph: Bettmann Archive

From 1970, Azzam was an intellectual rather than a warrior. Devout, determined and focused, he earned a series of prestigious qualifications as a scholar of Islam. But he abandoned his successful academic career to support the Afghans in their fight against Soviet troops who invaded to bolster Kabul’s Marxist government in 1979. Over the next decade, Azzam, based in Pakistan, would organise and inspire a growing number of volunteers from all over the Islamic world, some of whom would fight alongside the Afghans and go on to furnish the core of the modern jihadi movement. He was neither a gifted logistician or manager but the appeal of this fiery warrior-scholar was potent when in front of the right audience, or disseminated via audio cassettes or video.

The Caravan makes a number of very useful historical arguments with powerful resonance today. The most important perhaps is Hegghammer’s rigorous and impartial deconstruction of the myth that the US trained, or even created, the international legion of Islamic militants who fought in Afghanistan (among them Osama bin Laden) and then, once Moscow had withdrawn its troops, turned on their supposed erstwhile sponsors. This “blowback” theory has been so often cited that it is often accepted without interrogation. Hegghammer shows it to be – largely – bogus.

There was no reason for the CIA to support the Arab fighters in 1980s Afghanistan because they were militarily insignificant, he writes, never making up more than 1% of the force fighting the Soviets (and never among the most effective troops either). The CIA did not have the resources locally: only 10 people in Islamabad, of whom only three covered Afghanistan. No evidence has ever been discovered proving any collaboration between the CIA and the “Afghan Arabs”. Testimonies by Arab and Pakistani intelligence officials who dealt with the Arab fighters in Afghanistan suggest that they actively distanced the Americans. The Arab Afghans did not need CIA or other western training, having plenty of former military or police officers among them. Finally, the Arab fighters themselves – Bin Laden, included – have dismissed the idea that they received any support whatsoever from the US. As for other western intelligence services, the British and the French had a relationship with some Afghan commanders, but not the Arbs.

This is not to say US policy was unproblematic, Hegghammer drily comments. The vast proportion of US support for the Afghan mujahideen went to the most extreme Islamist factions, who were very clearly profoundly anti-American. The CIA was criticised at the time for this but argued that these were the strongest groups militarily. The US also did little to limit the recruitment of foreign fighters. Azzam and other fundraisers went to the US many times and operated without hindrance: for more than a decade, America was among the most hospitable jihadist-recruitment grounds in the world.

Another argument has raged over the responsibility of Saudi Arabia for the growth over recent decades of violent extremism among Sunni Muslims. Here Hegghammer also has important things to say, describing a cluster of institutions that promoted a resurgent Islamist internationalism from the late 60s. These were funded and founded by the Saudi Arabian state. They emphasised the unity of the ummah, the world community of Muslims, and highlighted outside threats. The discourse was alarmist, self-victimising, conspiratorial and chauvinistic, and crucial in preparing the ground for the more extremist and violent ideologies that swiftly followed, propagated by Azzam among others.

As for who ended Azzam’s life, Hegghammer admits it is impossible to know. There are about a dozen candidates – spooks and jihadi rivals, for the most part. The most likely suspects are the Pakistani or Afghan security services, he says, but there is no proof. This is one mystery that has yet to be resolved.

• The Caravan: Abdallah Azzam and the Rise of Global Jihad is published by Cambridge University Press.

Original Headline:  The Caravan by Thomas Hegghammer review – Abdallah Azzam and the rise of global jihad