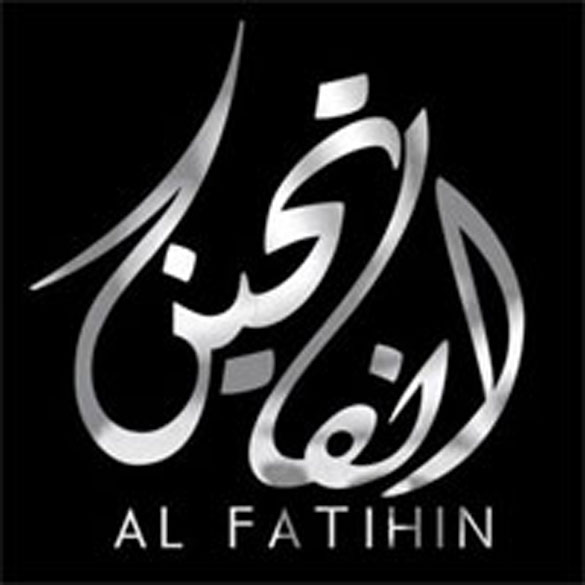 The so-called Islamic State (IS) has just released its first newspaper in the Malay Language, and declared in it a Wilayah (province) in the Philippines. The publication of a Malay-language IS newspaper would have implications not only on Malay-speaking IS fighters in Iraq and Syria but also the Malay-speaking world in Southeast Asia.

On June 20, 2016, Furat Media – an IS-affiliated media agency – published the first edition of Al-Fatihin, a newspaper meant for speakers of the Malay Language who have migrated and joined the terrorist group, dedicated to the creation of Daulah Islamiyah (IS) in Southeast Asia. According to its tagline, “Surat Kabar Bagi Muhajirin Berbahasa Melayu Di Daulah Islamiyyah”, Al-Fatihin would serve the existing Southeast Asian “foreign fighters” who are mostly from Indonesia and Malaysia. Although the choice of spelling and vocabulary reveals that Al-Fatihin is written in Bahasa Indonesia, it is comprehensible to all those who speak various dialects and forms of the Malay language.

The first edition of Al-Fatihin was well-timed to appear in the holy month of Ramadan, carrying a range of news and reports on the caliphate as well as features on religion. The 20-page edition focused heavily on the significance of Ramadan, jihad and the rituals of fasting. In fact, the first three pages contain advice from the Egyptian ideologue Abu Hamzah al-Muhajir, aka Abu Ayyub al-Masri, calling on IS fighters to continue their jihadist activities, search for martyrdom and kill and crucify the polytheists, disbelievers, oppressors and transgressors. The newspaper also carries a feature on a Syrian martyr Abu Bilal al-Himshi (dubbed a “Media Warrior”) and various news excerpts from Raqqa to the Philippines, information and statistics on military operations, a map of the world showing IS provinces, and Zakat collection and distribution statistics in Syria.

Implications of a Malay Language Newspaper

Other than to serve the Malay-speaking readers in Syria and Iraq, the newspaper for “muhajirin berbahasa Melayu (Malay-speaking migrants)” could also serve the larger Malay-speaking audience in the Philippines, Indonesia, Malaysia, Singapore, Brunei and Thailand. With the exception of “Jayl al-Malahim” – an ISIS video depicting Indonesians and Malaysians burning their passports – IS articles and videos have largely been translated into Bahasa Indonesia and featured mostly Indonesians.

Even Al-Fatahin’s twitter account posted content in Bahasa Indonesia from Indonesian versions of the A’maaq News Agency, IS announcements and Nashir (IS’ caliphate updates). Marketing Al-Fatihin as a Malay-language newspaper is a strategic move to reduce the Indonesian flavour of IS propaganda and thereby appeal to a larger Malay audience, uniting all Malay-speaking jihadists and IS supporters with a common language that is more accessible than Arabic.

Invoking a broader Malay language and identity not only helps in disseminating IS propaganda, it also reinforces IS’ ideology and efforts to unite all jihadists. Al-Fatihin buttresses IS messages calling on militant groups in Indonesia and the Philippines to unite and pledge their allegiance to Abu Bakr Al-Baghdadi. These calls are often made in IS media such as the video production entitled “Bersatulah: Jangan Berpecah Belah” (Unite: Don’t be divided) released by al-Furat Media Foundation. In the latest video entitled “Al-Bunyan Al-Marsus” (A Solid Structure) released by IS on 22 June 2016, IS fighters from Indonesia, Malaysia and the Philippines called on all groups in Southeast Asia to unite.

Al-Fatihin’s tagline drives the point that, no matter the differences and nuances in language, identity and origins, Southeast Asian jihadists have a common logos and as such, all Malay-speaking jihadists should act as one. IS cleverly exploits the notion of Nusantara or archipelago used by Nadhlatul Ulama (in their version of “Islam Nusantara” – Islam in Indonesia), and radical and terrorist groups such as Darul Islam and Jemaah Islamiyah.

It is significant that there was no earlier attempt by Southeast Asian foreign fighters (who trained and fought during the Soviet-Afghan war) to publish a Malay newspaper or newsletter despite their intention to establish an Islamic state (Daulah Islamiyah) after their return. The publication of Al-Fatihin is possibly the prelude to the declaration of the Philippines as an IS ‘wilayah’.

IS probably hoped that Southeast Asian jihadists in Syria, Iraq, and the Philippines, and their supporters all around the world, would see Al-Filibin (The Philippines) as a province of the far-flung self-declared caliphate. Publication of Al-Fatihin would also enable IS fighters and supporters in Southeast Asia to feel that they are part of the caliphate, especially when they receive special greetings and messages that begin with “O, my mujahid comrade”, and reading jihadist news from Southeast Asia as well as news from Baghdad, Mosul, Raqqa, Damascus, Khurasan and Bangladesh.

As Benedict Anderson argued, in Imagined Communities, that nationalism was made possible with “print capitalism”, where books and media are printed in the vernacular instead of “exclusive script languages” such as Latin, Al-Fatihin serves that precise purpose, by using the Malay Language, and the conception of a Malay Nusantara to underline a common ideology and nationality.

The Al-Fatihin map showing the spread of IS territories worldwide helps readers see the far reaches of the caliphate from the Middle East and Africa to South, Central and Southeast Asia, even though IS does not administratively control most of these territories. Al-Fatihin provides a platform for Malay-speaking IS-affiliated jihadists to have a common identity and feel part of a community within a Daulah Islamiyah.

This sense of identity and purpose may motivate IS supporters to act militantly as is happening in Southern Philippines and Poso. In the video “Al-Bunyan Al-Marsus”, Abu ‘Aun al-Malizi, a Malaysian IS fighter, called on jihadists in Southeast Asia who could not afford to make the journey to IS territories in the Middle East, to either migrate to the Philippines or to kill IS enemies wherever they may be found, even using vehicles to cause their deaths. IS-related groups have to be neutralised or eliminated in Southeast Asia for Al-Fatihin to lose its potency and relevance, along with its plans for a caliphate.