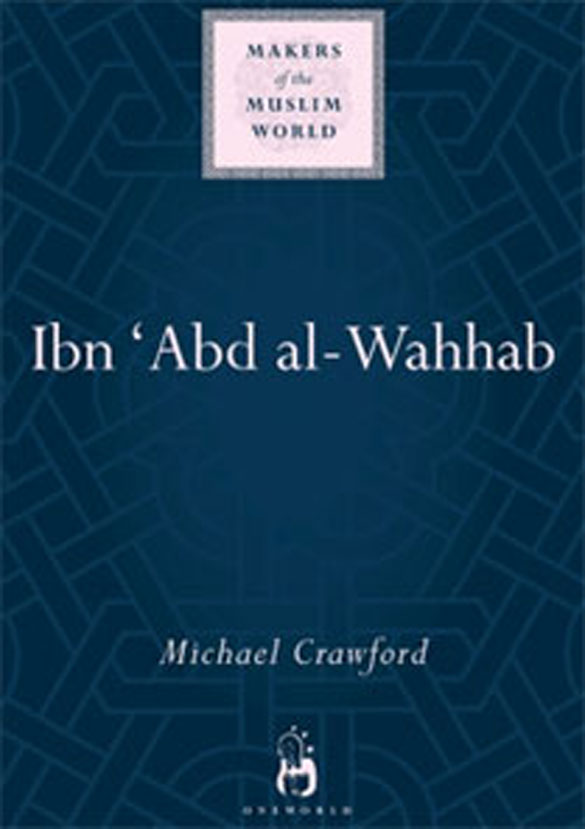 ISIS is only the latest (and certainly most barbaric) interpretation of a current in Islamic thought known as Salafism—an originalist approach to Islamic law and creed that relies exclusively on a narrow reading of the Qur’an and the Hadith. Although the ideology has local roots across the Middle East, it has catapulted to a position of great influence in recent decades through the role of Saudi Arabia, and its version of this ideology known as Wahhabism. While geopolitical forces were certainly at play in this process (one cannot overstate the importance of oil) it is ultimately the appeal of the ideology’s uniquely rigid doctrines and exclusivist truth claims that continue to attract followers. In Saudi Arabia, these ideas were first introduced by a man living at the end of the eighteenth century: Muhammad ibn ‘Abd al-Wahhab. We know little about him, but what little we do know is well presented in Michael Crawford’s short, satisfying book tracing his life and influence.

Ibn ‘Abd al-Wahhab was a preacher in the Najd region of present-day Saudi Arabia who advocated the idea of Tawhid (divine unicity), which he promoted principally through his wide-ranging attacks on shirk, supposedly polytheistic derivations like shrine construction and visitation. There was nothing novel in this, as Michael Crawford reminds us. Instead, what set him apart was his “his single-minded focus on Tawhid and drive as a radical activist to implement his credo through his role as guide to an expansionist Saudi state.” It is because of the pact that Ibn ‘Abd al-Wahhab made with Muhammad b. Sa‘ud (d. 1765), the ruler of what would become the first Saudi state, that the former gained lasting influence.

Scant information is available from contemporary sources on Ibn ‘Abd al-Wahhab’s education and intentions, in large part due to the relative insignificance of this remote geographic outpost during this time. Yet Crawford masterfully navigates and caveats the knowns and unknowns of the eighteenth century. Two bodies of reference materials shed the most light: chronicles written by Husayn ibn Ghannam (d. 1811) and ‘Uthman ibn Bishr (d. 1873) and refutations of Ibn ‘Abd al-Wahhab written by his contemporaries, most vocal among whom was his brother, Sulayman. Many of these were concerned not only with his categorical language concerning what constitutes “correct” Islamic practices and belief but, perhaps more significantly, with maintaining the traditional institutions of scholarly authority and interpretation with which Ibn ‘Abd al-Wahhab took issue. In ensuing decades these “raw challenges” to the religious establishment, as Crawford calls them, escalated in importance in the context of the political and military challenge the Al Sa‘ud would pose to the Ottomans.

Crawford periodically interrupts his compact account of Ibn ‘Abd al-Wahhab and the movement he spawned with interventions into heated historiographical debates. Two especially timely corrections have to do with common tropes in popular writings following the attacks of 9/11: the first, one that seeks to diminish the importance of Wahhabism as a remote Bedouin tradition that only gained power through the successes of the Al Sa‘ud, and the second, one that seeks to amplify the importance of Wahhabism by equating it with Al-Qa‘ida’s ideology.

Concerning the former, Crawford explains that the reality was precisely the opposite: “The [Wahhabi] movement was a phenomenon of the small towns and settlements of Najd, not the desert. The greatest asset of the Al Sa‘ud was not their tribal lineage or power (they lacked both) but their enduring talent for balancing relationships and interests, and for coalition-building.”

Concerning the latter, Crawford explains that while there are many shared concepts between the ideology that Ibn ‘Abd al-Wahhab promoted and jihadist movements today (for example, the merciless assaults on popular religious practices and idolatry, and, especially, the practice of Takfir—excommunication of other Muslims, as well as what Crawford calls “secondary Takfir”—the highly controversial gesture of excommunicating otherwise pious Muslims for not themselves excommunicating others), other concepts central to the ideology of Al-Qa‘ida and ISIS (such as the insistence on a caliphate) do not exist in Ibn ‘Abd al-Wahhab’s writings and the title was not claimed by his early patrons, who, Crawford explains, merely referred to themselves by the religiously inconsequential title of Amir (the one in charge).

Crawford situates Wahhabism in the second part of the twentieth century within what he terms the formation of “hybrid” radical groups—Al-Qa‘ida and ISIS, but also earlier groups such as the Awakening movement that took shape in the early 1990’s that “infused [Wahhabism] with new ideas” and “drew the line between belief and unbelief at new points on the religio-political spectrum.” This “hybridization” process occurred due to very specific developments that included the recruitment of Muslim Brothers to the faculty and student bodies of the Islamic universities in Saudi Arabia during the 1960’s and 1970’s (who brought with them their more politically-charged rhetoric), and the ideas of Sayyid Qutb (d. 1966) and aspects of Islamic mysticism that Bin Laden and Zawahiri blended with Wahhabism when they created Al-Qa‘ida.

Despite distance in time, place and, in some cases, ideas, the man and message of Ibn ‘Abd al-Wahhab continues to influence the Middle East’s stormy political and religious landscape. Of particular importance are two groups: first, Ibn ‘Abd al-Wahhab’s direct successors within Saudi Arabia, the Al al-Shaykh—the kingdom’s official religious guides—for whom the man’s legacy is “so overwhelming that his successors and descendants have not tested the conceptual boundaries he set.” The relatively insular and preservationist nature of this community has meant not only maintaining their forefather’s doctrinal legacy, but also his political one by operating within the subordinate space provided to them by the Saudi monarchy.

The second group—Ibn ‘Abd al-Wahhab’s indirect followers, whom Crawford terms “hybrid Wahhabis”—took issue with precisely this uncritical stance of the Al al-Shaykh. In response to a number of events in which the Saudi monarchy was perceived to have betrayed Ibn ‘Abd al-Wahhab’s uncompromising views—in particular its hosting of US troops during the First Gulf War—they in turn have called for “unmediated access to the true Salafi path.” Even for these indirect followers, Ibn ‘Abd al-Wahhab “represents an inspiring example of unrelenting struggle and certitude of faith.” For anyone seeking to understand the man who remains a model for increasingly radical claimants to a true Islam, Crawford’s book is indispensable.

Jacob Olidort is a Soref fellow of the Washington Institute for Near East Policy.