Civilization has a civility problem. This I learned long before Donald Trump. In 2005, the prominent “new atheist” Richard Dawkins shouted his disapproval at me — from the audience — during my TED talk at Oxford University. More recently, the novelist Salman Rushdie chastised me on Twitter for suggesting that even atheists worship something. Many of Rushdie’s followers, worshiping their own wisdom, responded to my tweet with vitriol. Defending the value of doubt through crude certitude is a sign of our times. 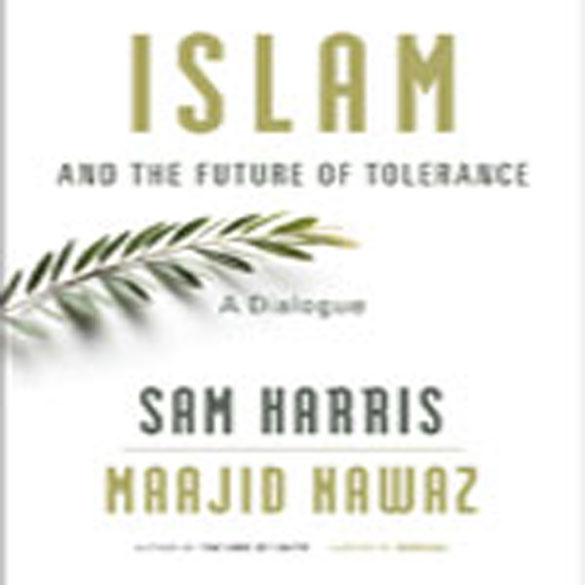 How refreshing, then, to read an honest yet affectionate exchange between the Islamist-turned-liberal-Muslim Maajid Nawaz and the neuroscientist who advocates mindful atheism, Sam Harris. “Islam and the Future of Tolerance” begins on an impolitic note. Harris tells Nawaz that to reform Islamic practices one must “pretend” that “jihad is just an inner spiritual struggle, whereas it’s primarily a doctrine of holy war.” Nawaz counters: “Religion doesn’t inherently speak for itself” because “no scripture, no book, no piece of writing has its own voice.” Human interpretation is everything.

Sign up to receive a preview of each Sunday’s Book Review, delivered to your inbox every Friday.

Their back-and-forth clarifies multiple confusions that plague the public conversation about Islam. We learn the difference between Islam and Islamism, as well as the fascinating distinctions among political Islamists, revolutionary Islamists and militant Islamists. Crucially, we discover how Nawaz himself fell in with an Islamist organization. He speaks of his “identity crisis,” brought on by British racism and pounced on by charismatic recruiters trolling for vulnerable youth. Grievance born of secular sins — discrimination by the liberal democratic state — preceded his Islamist ideology, not the other way around.

While appreciating Nawaz’s individual experience, Harris pushes his friend to come clean and admit that religious conviction is the starting point for many Islamists. Without denying this, Nawaz proceeds to school Harris in more nuance. Frankly, though, Harris seems distracted by another agenda. He is listening to reply rather than to understand — and he replies by letting loose about liberals, who “totally discount the role that religious beliefs play in inspiring a group like the Islamic State.” Nawaz’s story bolsters the point about liberal denial. He became an international recruiter for Islamists while enrolled at the prestigious University of London, from which he took a break. This undermines the common liberal assumption that violence appeals only to the destitute.

Harris is right that liberals must end their silence about the religious motives behind much Islamist terror. At the same time, he ought to call out another double standard that feeds the liberal reflex to excuse Islamists: Atheists do not make nearly enough noise about hatred toward Muslims. Irrationality is irrationality, and rational people should expose it constantly. But there is the rub: Humans are not exactly rational beings. The caricature of faith to which some atheists resort is proof positive. Besides, their ridicule spawns a grievance that further lures young Muslims to become Islamists. An unintended, unhelpful consequence.

Nawaz, for all his insight into the challenge, falls short on solutions too. He repeatedly cites the need to promote human rights and democracy as values. My heart sings, “Amen!” But my head reminds me that these ideas are abstract, a feeble bulwark against the emotional comfort of belonging to tribes with a clear-cut enemy. Nawaz describes secularism as “the prerequisite” for a better future. He means an American separation of church and state. However, America is not the world, and secularism in another culture can easily become an exclusionary dogma. Witness France. Even secularism’s better angels have trouble defeating the tribal mind-set. Last year, I attended a Sam Harris event where a crush of fans trailed him, mob-like, around the venue. Oy.

Enter Jonathan Sacks, a former chief rabbi of the British Commonwealth. In his sobering yet soul-stirring new book, “Not in God’s Name,” Sacks confronts “politicized religious extremism” and diagnoses that cancer crisply: “The 21st ­century has left us with a maximum of choice and a minimum of meaning. Religion has returned because it is hard to live without meaning.” Given that “no society has survived for long without either a religion or a substitute for religion,” and given that believers are proliferating, Sacks predicts that the next 100 years will be more religious than the last. Bottom line: Any cure for violence in God’s name will have to work with religion as a fact of life.

That is where Sacks’s brilliance as a theologian radiates. He thinks two matters need tackling. There is “identity without universality,” or solidarity only with one’s group. Then there is “universality without identity,” the unbearable lightness of humans in a transactional but not transcendent world. Sacks wants to preserve the joy of participating in something bigger than the self while averting the hostility to strangers that goes with tribal ­membership.

He attempts this balance through an ingenious rereading of Genesis. Sacks’ proposition: Genesis contains two covenants rather than one. The first focuses on justice, which is impartial and thus universal in application. The second covenant emphasizes love, which is exquisitely particular and personal. In a ­showdown, justice overrides love. Analyzing parables and sibling rivalries in the Bible, Sacks concludes that decency toward the misfit, even to the infidel, takes precedence over loyalty to your own.

This should hearten Sam Harris, who despises the tendency of Muslims (and others) to stick up for fellow believers, especially when they act like “psychopaths.” Still, I have to wonder if Harris and his disciples will put stock in any reinterpretation, no matter how learned. After all, Harris opines that to reform religion is to read scripture in “the most acrobatic” terms. Sacks turns the tables on such skepticism, observing that “fundamentalists and today’s atheists” both ignore “the single most important fact about a sacred text, namely that its meaning is not self-evident.”

My own skepticism is about whether reformist interpretations can outpace regressive readings that tap into primal fears and gain traction quickly. Sacks argues, “We must put the same long-term planning into strengthening religious freedom as was put into the spread of religious extremism.” That implies creating a matrix of schools, policies and campaigns to teach reformist perspectives. But as he admits early on, “decades of anti-racist legislation, interfaith dialogue and Holocaust education” have not prevented the mess we are in. Why would it be different now?

Here is why. The Islamic State’s savagery against Muslims offers hope for taking power politics out of Islam, eventually achieving the mosque-state separation that Nawaz views as central to reform. Sacks gives historical comparisons to justify his hope. Europe’s bloody Reformation wars showed that big religion could not be relied on to protect the religious: “Western Christianity had to learn what Jews had been forced to discover in antiquity: how to survive without power. . . . You do not learn to disbelieve in power when you are fighting an enemy, even when you lose. You do when, with a shock of recognition, you find yourself using it against the members of your own people.”

Meanwhile, back at liberal democracy’s ranch, we must “insist on the simplest moral principle of all. . . . If you seek respect, you must give respect.” This does not mean always having to agree, but it does mean viewing one another as worthy of candid, constructive engagement. On that front, Sam Harris and Maajid Nawaz are role models. The Lord works in mysterious, perhaps acrobatic, ways.

ISLAM AND THE FUTURE OF TOLERANCE

By Sam Harris and Maajid Nawaz

NOT IN GOD’S NAME

Irshad Manji is the founder of the Moral ­Courage Project. Her latest book is “Allah, Liberty and Love: The Courage to Reconcile Faith and Freedom.”