Muslim Women Calling For the Equality and Liberation; That Is At the Heart of the Qur'an 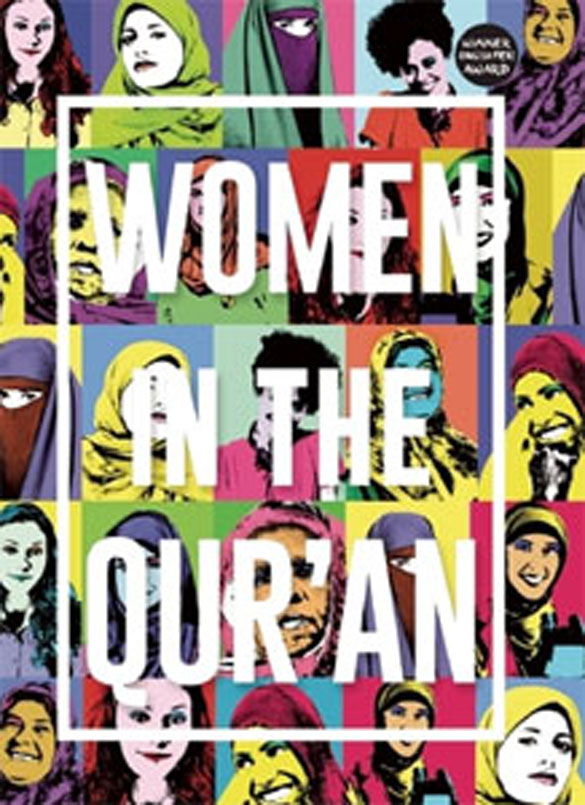 In the introduction to the book, Women in the Qur'an, Asma Lamrabet writes that the issue of Muslim women is held hostage between two perceptions: a conservative Islamic approach and a liberal Western approach. "At the heart of this debate Muslim women are seeking to reclaim their right to speak in order to re-appropriate their own destinies, calling for the equality and liberation that is at the heart of the Qur'an," she writes.

To 'reappropriate' Muslim women's destinies, Lamrabet attempts to debunk beliefs and myths surrounding what is considered the 'weaker sex' by discussing and reinterpreting Quranic verses that either tell stories of female Quranic figures, or that directly address believing women.

The chapters that tell the tales of the women mentioned in the Quran are incredibly inspiring and Lamrabet does a great job of honouring them. She gives beautiful descriptions of Balkis (Queen of Sheba), Sarah, Hagar, Zulaykha, Asiah, and of course, Mariam (Mary). She gives proof of their importance and influence in the lives of the Islamic prophets, and rightfully claims that the spread of Islam would not have been as successful without them.

The first woman she describes is the woman whom Muslims believe to be the mother of humanity – Eve. Lamrabet explains the several myths surrounding her life that, according to Lamrabet, have contributed to the development of a strongly patriarchal society and the belief that women are inherently inferior.

The Very First Myth Is That Of Her Creation.

"This belief stipulates that Adam – as a man – was God's first creation and that Eve, the woman, was created from one of Adam's ribs," she writes.

This 'legendary truth' is to Lamrabet the founding myth of the inferiority of women, and it finds its origins in 'theological assumptions widely anchored in ways of thinking, both in Judaeo-Christian cultures and in Muslim lands.'

Her first observation is that to be created from Adam's rib equates to saying that her creation is secondary, and that Adam represents a norm or human ideal. The second observation is the idea that Eve would be the primary cause of Adam's downfall, because she would have tempted him to transgress God's command by tasting from the forbidden tree. According to Lamrabet, Eve has become the undeniable muse of the legendary 'original sin'. Her final observation is that Eve was created from Adam as well as for him, a myth that she believes is the foundation that has legitimised the oppression of women.

These beliefs are rooted in Christian tradition but they aren't actually present in the Quran. She explains that nowhere can one find this conception of Eve coming from Adam's rib. Rather, she gives an interpretation of Quranic verses to prove that Eve was never created from Adam's rib, and she roots her interpretation mostly in linguistic analysis.

Her interpretation of the verses written about Eve and those about other women in the Quran seems convincing and logical, but it is unfortunately only convincing if the reader is already convinced or already a feminist. This is arguably the book's most striking weakness: its obsession to convince the reader.

Lamrabet's voice is disturbingly present throughout the book, you can feel her constant attempt to convince the reader that hers is the ultimate truth. The book doesn't feel very academic and sometimes sounds poorly essay-ish.

While it is difficult to disagree with the conclusions, the tone and Lamrabet's overwhelming voice beg the question whether the writer's methodology is fully solid and trustworthy.

Is this book useful for the feminist cause or does it harm it?

The frequent use of phrases such as 'we all know that…' or 'it is saddening to see that…' creates an atmosphere of disdain and judgment towards more traditional opinions, which makes one wonder whether the writer does not reinforce a Western, white feminist paradigm, only to the detriment of Muslim women.

This reinforcement of a Western approach would only serve to increase feelings of hostility for feminist opinions. Instead of creating allies out of traditionalist groups, this book would likely alienate them further.

It is important however to contextualise the publication of the book. Women in the Qur'an was published in 2007, which is a solid decade before our 'woke' era, making it quite ahead of its time.

A disturbing element in the text is the punctuation, e.g. the frequent use of exclamation marks and ellipses, which only increases the tone of informality, thereby decreasing its trustworthiness. This book was first published in French and only translated to English in 2016, and it's unclear whether the issue lies in the original writing or the translation.

Women in the Qur'an is an interesting read because it debunks myths and misconceptions about women, a very important exercise that needs to be done within Muslim communities. It's also a problematic book because it focuses on the liberation of women in a slightly too white-oriented way and one that isn't inclusive of more conservative women.

Lamrabet seeks a liberation of Muslim women, but at the expense of whom can this liberation be achieved?