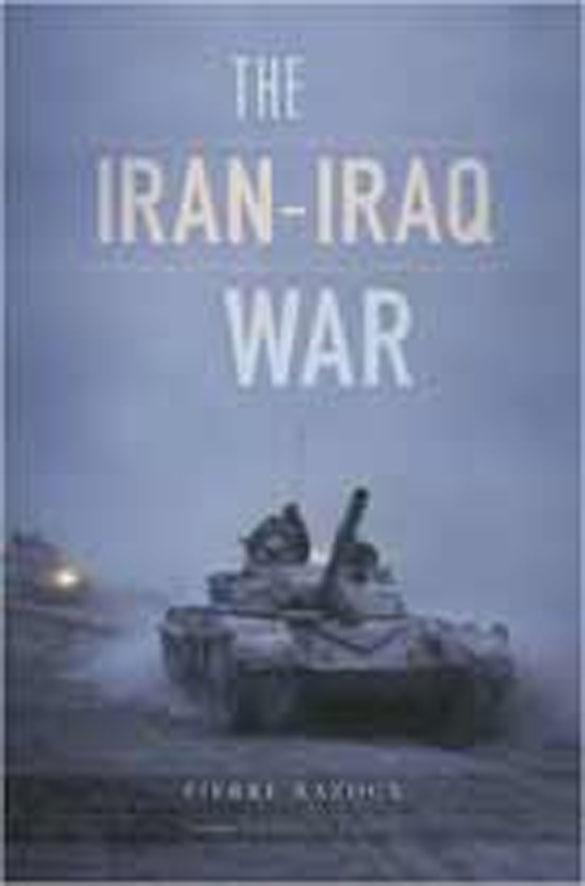 The war between Saddam Hussein’s Iraq and Ruhollah Khomeini’s Iran ended 27 years ago, before most of today’s Iraqis and Iranians were alive. Many of today’s Americans were pretty young then, too — certainly too young to remember the glee with which United States policy makers watched the war, an eight-year storm of steel that killed as many as a million people and exhausted two unsavory regimes. The most famous line about the war is also the most fatuous. Henry Kissinger is said to have remarked that it was “a shame there can only be one loser.” In fact, they both lost: Few modern wars have so thoroughly broken, traumatized and destroyed both sides, and few have turned out to have had such disfiguring effects on the region or on American foreign policy.

The war started small. In September 1980, Saddam Hussein began invading and annexing Iranian territory, in a move that foreshadowed his annexation of Kuwait a decade later. Khomeini, still fresh in the role of Iran’s head of state, fought back and eventually seized bits of Iraq. For Hussein, the prizes included Iranian oil fields in the Arab southwest; for Khomeini, Shiite shrines in Iraq. At various points, the war became a duel of bombers trading sorties over Baghdad, Tehran and other cities; a naval battle over control of Persian Gulf tanker traffic and port access; and an old-school trench war, with exchanges of territory measured in hundreds of feet.

The books on the Iran-Iraq war have been neither voluminous nor satisfying, in part because Iran and Iraq have remained relatively closed to scholars, and no researcher has enjoyed total liberty to snoop in archives and pester veterans about their experiences. Pierre Razoux’s “The Iran-Iraq War” falls short of providing a definitive account, but improves markedly on its predecessors. Razoux, research director at the Institute for Strategic Research in Paris, has made use of archival material available after the fall of Hussein. (Hussein recorded his conversations, à la Nixon, and the National Defense University in Washington now controls those archives.) Razoux has consolidated a large number of previous accounts of the war and interviewed key figures, and his book follows the developments with meticulous cataloging of dates and troop numbers, and staggering butcher’s bills of dead and wounded for each advance and counterattack.

These dry numbers and facts reveal how deeply twisted the war became. In a brief offensive in early August 1983, for example, “the Iranians are believed to have sustained 7,000 dead,” Razoux writes. Compare this with about 4,500 American dead in the 10 years after the fall of Hussein. But the Iranians could see an upside even to the results of this mass death, which (Razoux says) “lifted Iranian troop morale.” The Iranians’ and Iraqis’ comfort with mass death consistently shocks. Khomeini calls for Khorramshahr, a city in southern Iran then under Iraqi occupation, to be a “Persian Stalingrad.” If your best-case scenario is a Stalingrad, then your war is going very poorly indeed. This is the sort of book in which thousands of men are electrocuted while wading across a swamp (an incident that rates three sentences) and an entire Iraqi battalion is “sacrificed” by Hussein so he can test a new nerve agent (an incident that rates one).

The callousness and brutality of both commanders is a persistent theme. Hussein sends generals and others who disappoint him to the firing squad, and he maintains a personality cult and internal security apparatus perpetually devoted to pruning back the officer corps and eliminating dissent. Even the rewards he promises to loyalists are terrifying rather than attractive. In one case, he promises a general that if he succeeds in battle, Hussein’s psychopathic son Qusay will marry his daughter. For his part, Khomeini at least showed regret about the cost of the war to his country. But he enthusiastically sent 80,000 Iranian children to their deaths, with promises of paradise for the martyred. He commissioned a toy company to manufacture gold-colored plastic keys, so kids could wear them around their necks as reminders that their detonation by mines or slaughter by ­machine-gun fire would unlock the gates of paradise.

Most of Razoux’s book is traditional military history, emphasizing who controls what territory when, and how many tanks or aircraft or soldiers are involved in crucial battles. He sometimes intersperses these dry sections with equally dry discussions of geopolitical context, including potted histories of the Iran-contra affair and the conflict in Lebanon, as well as useful interludes about the many foreign powers, including the United States and France, that egged both countries on and broke out the popcorn when the going got ugly. Jacques Chirac, France’s prime minister before the war, comes across as particularly slimy. Donald Rumsfeld, who as an American envoy met with Hussein several times during the war and showered him with money and weaponry, gives the impression that he had to hold his nose while dealing with the man, but that distaste made him no less useful to Hussein. When Hussein first met Rumsfeld, he presented him with a videocassette of Syrian women chewing the heads off snakes. One wonders whether Rumsfeld still has a copy.

The aggregation of these details does not make for pleasurable or enlightening reading, though the book serves us well in gathering them all in one place. “The Iran-Iraq War” has many faults, including strange failures to get basic facts, linguistic and geographical, right. (The book translates “peshmerga,” the name used by Kurdish guerrillas, as “literally, ‘freedom fighters,’” when it means “those before death”; Samarra is north of Baghdad, not south; the author seems not to have close acquaintance with Arabic or Persian sources.) But the more serious shortcoming is a failure to include anything at all from the perspective of the soldiers, even though hundreds of thousands of veterans are still alive and perhaps, in many cases, willing to talk. He rightly compares Iran-Iraq to World War I. But think how little we would understand of Verdun or Ypres with no account from the soldiers themselves, and how little we can hope to know about events as inhumane and terrible as these without the voices of those who suffered through them.

Razoux’s book came out in French in 2013, so through sheer timing he escaped the obligation to relate the Iran-Iraq war to the present conflict in the region. And such a relation is probably most acutely felt through appreciation of the human and personal aspects of that war, which engraved enmity deeply onto both countries’ souls. The current commander of the Iranian Revolutionary Guard Corps, Qassim Suleimani, was a 31-year-old officer when Iran and Iraq finally agreed to a truce in 1988. His consciousness was forged in that war. Last March, as Iran led efforts in Iraq to take back towns from the Islamic State, Iran distributed photos of Suleimani in Tikrit, Hussein’s childhood home, after weeks of fighting. It is difficult not to notice that he — an Iranian treading confidently on his former archenemy’s turf — is smiling in those photos. To the Iranians, the fight against the Islamic State is a chance, nearly 30 years later, to win Khomeini’s war.