A Woman in the Crossfire: Diaries of the Syrian Revolution 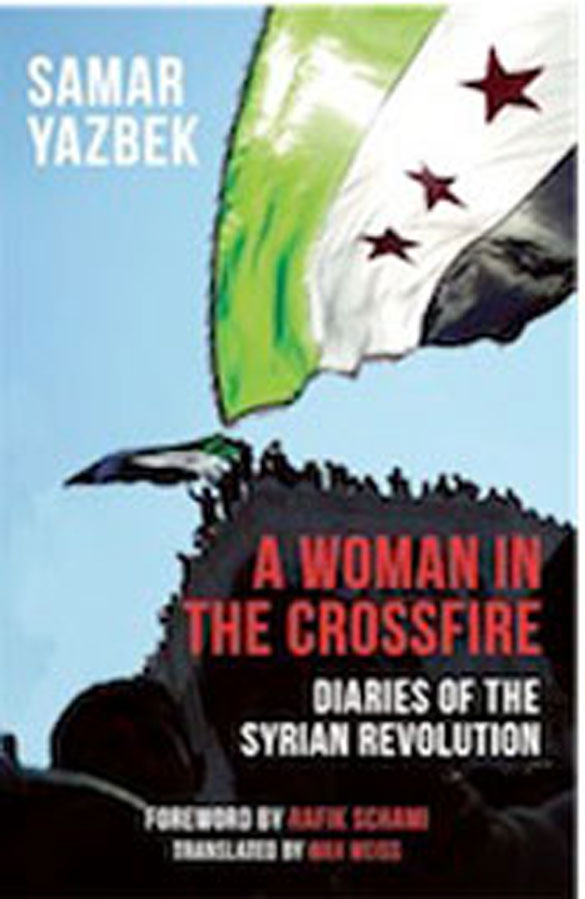 The Syrian novelist Samar Yazbek recognises government thugs as soon as they get out of their car: "Puffed-up muscles, tattoos, broad chests, an arrogant gaze, death." She has the novelist's eye for telling detail. Born in 1970 into an affluent and influential family, she comes from the same Alawi clan as the dictator, Bashar al-Assad. Her family connections kept her safe while she wrote novels that challenged taboos: Cinnamon, for example, compares a lesbian relationship favourably with an arranged marriage. But when the uprising began in March last year, and she started posting her opposition to the regime on Facebook and on rebel websites, no amount of establishment connections could keep her safe. Her parents disowned her and a childhood school friend texted her: "Dear traitor even god's with the president and you're still lost." Her daughter, 17 when this book was written last year, begged her to stop putting them both in danger.

Yazbek did try silence for a while, after a polite man came to see her. "The most powerful people in the country are very angry with you," he said, and urged her, in her own interests, to write something supportive of the regime. She said: "Tell them I'll be quiet. Won't that be enough?" He replied: "Just write something to get them off your back."

By then she knew the nature of the regime and had seen the inside of Assad's torture chambers. She was arrested, blindfolded, pushed into an office; then her blindfold was removed, and a senior police officer hit her hard in the face, and jeered at her for falling down and being unable to get to her feet again. "Well, well, what a hero, you went down with just one slap," he said. "Isn't it awful when such an angelic face gets hit?" Then they showed her what she was risking: the filthy cells where tortured young men lay in their own blood and excrement, waiting for the next beating, because they had been on a demonstration.

She knew, too, why they set fire to the pharmacies: "So that people won't be able to treat the wounded." She had learned the bitter lesson that sectarian spite in the opposition makes Assad's overthrow less likely and less hopeful – among the mountain of hate mail she received was one that began: "Dear unveiled infidel, the Syrian revolution doesn't want an Alawite apostate like you in its ranks." She knew the cynical use the regime makes of Israel and the Palestinians; one of her interviewees told her how the Palestinian prisoners got the worst beatings, and how he was told the beating would stop if he would say that he was holding up a picture of Ariel Sharon during the demonstration.

Yazbek had been to all the most dangerous places in Syria and recorded how the people were resisting, and what their rulers were doing to them. She saw things no one should ever see. Eventually she had to get her daughter out before the teenager was captured. They are both now exiles in Paris. But she took with her this detailed daily account of what she saw and heard between 25 March and 9 July last year.

It cannot tell us what we ought to do about it. Even now that the demonstrations are bigger and the regime's reaction kills more people, the chances seem to be that without external military intervention, Assad will kill and torture enough of his own people to survive. Because his rule is not just cruel and brutal but incompetent and corrupt, the people will be kept in subservience, not just by fear, but by poverty too. The Arab spring may not reach the country that needs it most without external military aid.

From President Eisenhower to President Bush, from Anthony Eden to Tony Blair, the Middle East has suffered from relentless western tinkering, generally for economic or geopolitical reasons. It is depressing that western governments seem much more likely to send their military might into Iran than into Syria. But it isn't Yazbek's task to try to make sense of western foreign policy, and she sensibly makes no attempt to do so. Hers is the urgent task of showing the world what is happening. Thanks to her, we can read about the appalling things that go on in secret, underground places.