The postmodernist assault on Enlightenment, launched in the 1980s, was assisted by post colonialism. Branching out of Cultural Studies, the latter started as a metropolitan academic attempt to surpass the marginalisation of ‘Third World’ literature. Though Marxist critics such as Aijaz Ahmed justifiably rejected postcolonial criticism as “postmodernism’s wedge to colonise literatures outside Europe and its North American offshoots”, yet the credit goes to post colonialism for introducing a host of writers from the periphery to metropolitan academy. 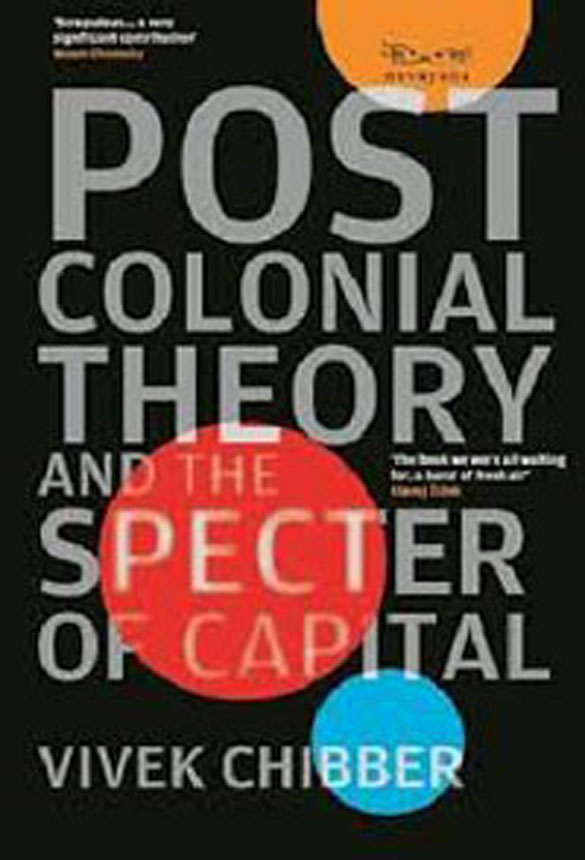 Later, post colonialism began to infiltrate other disciplines. From a literary trend it became a theory and practice that not merely challenges imperialism but is also a political and ethical commitment to challenging and questioning the ‘practices and consequences of domination and subordination’.

To deconstruct the Global South, post colonialism adopted an Indian child – Subaltern Studies. Celebrated and glorified, Subaltern Studies ruled the academic roost, almost unchallenged, for about two decades. This was the case at least in western academic circles even if it had many critics in India. In his recent book, ‘Postcolonial Theory and the Spectre of Capital’, Vivek Chibber has thrown down a Marxist gauntlet, not merely to postcolonial theoreticians and practitioners but also to Subalternists. In fact, his focus remains Subaltern Studies, a project that initially appeared as an annual journal in 1982.

Inspired by Gramsci and captained by Ranajit Guha, the Subalternists came together as Marxists committed to interpret ‘history from below’. Though Subaltern Studies elicited hostile reactions from orthodox Marxists from the very beginning, yet according to Chibber it was seen as an innovation within Marxism instead of a departure. But the departure did not take long.

Four years into the project, Gayatri Spivak’s essay ‘Subaltern Studies: Deconstructing Historiography’, signified the turn to Foucault and Derrida. “By the early 1990s, the traversal to a broadly postmodernist sensibility was more or less complete”, says Chibber. The poststructuralist turn by the Subalternists resulted in their success in the metropolitan.

Though, to quote Chibber, “the obscurity of much poststructuralist theorising resists easy delineation of its claims, and although Subaltern Studies is less given too much murkiness, the project is by no means free of it”. Therefore, no “critic can approach the task of explicating its central theoretical commitments without trepidation”. Chibber himself, however, has done it successfully. His task was luckily made easy by some Subalternists themselves – by offering a summary of their theoretical agenda.

The Subalternist frame of reference is what Chibber calls the ‘conventional story’. The conventional story has it that modern society is the product of capitalism – born in Europe and spread all over. Capitalism grew as an economic system only by defeating feudalism in political battles. These struggles against feudalism were led and finally won by the bourgeoisie, or the class of incipient capitalists, because this rising class was able to bring other social groups together under a common banner. Not only that, the bourgeoisie also presented its interests as the interests of the majority. Hence, it was able to establish hegemony in the Gramscian sense.

The English and French revolutions, in 1640 and 1789, epitomised this process, as a result of which the bourgeoisie not merely overthrew feudal order but transformed national cultures and gave birth to the modern parliamentary system and secularism (bourgeois revolution!).

However, when capital had established itself in Western Europe, it fanned out in the world to secure more markets. But in the colonial world, capital gave up its universal mission. It did not usher in any bourgeois revolution. First, because metropolitan capitalists as well as local entrepreneurs, instead of taking up cudgels against the landed classes, accommodated to the interests of the latter. As a result, the bourgeoisie did not try to bring popular classes under its umbrella. In other words, it was ‘power without hegemony’. Second, because the bourgeoisie abrogated the revolutionary course in India, and so capital in India gave up both its universalising missions – hegemony and the task of bourgeois revolutions.

Consequently, drawing lessons from this ‘conventional story’, the Subalternists point out that (1) there is plurality of power; (2) subaltern politics exists as a separate domain, whereby politics will be waged around religious, communal and religious issues; (3) colonial nationalism was a myth since the elite never incorporated subaltern interests. Finally, the Subalternists claim that colonial and postcolonial social formations are different from western social formations, hence theoretical categories generated from the experience of the west cannot be appropriate for a proper understanding of the east.

To his credit, Chibber has come up with heaps of evidence to shatter the myths woven into the texture of the conventional story. Chibber shows, unlike whatever the conventional story would have us believe, that the bourgeoisie was not – in England or in France – playing any progressive role in overthrowing feudal order and clerical tyranny, and establishing parliamentary rule. For instance, during the English Revolution parliament initially achieved its objectives of political and religious reform through an elite pact. But King Charles wanted to reassert his absolutist powers. This drew London crowds into the conflict.

While the entry of the ‘meaner sort’ of people emboldened a few in the House of Commons, they also terrified many in parliament. In 1642, when King Charles was assembling an army to march on London, 236 MPs left London and many joined him. Only 302 members of the House of Commons remained with the opposition. In fact, when Cromwell ordered King Charles’ beheading, “parliamentary power rested on a wafer-thin section of the English ruling class”, claims Chibber.

By the time George I ascended the throne in 1714; popular participation in politics had been dealt deadly blows. This is why the success of the English Revolution – spearheaded by the English bourgeoisie – in fact culminated in fewer rights for the ‘commoners’.

Similarly, the progressive role attributed by the Subalternists to the bourgeoisie during the French Revolution also cannot be substantiated in view of the evidence presented by Chibber. First, there was hardly any French bourgeoisie. According to Chibber, of the 1200 members of Estates-General, 610 belonged to the Third Estate. Only 90 had something to do with commerce while only ten were industrialists. Second, the Estates-General hardly wanted anything revolutionary. And last, popular classes were reined in post-revolution when the bourgeoisie had strengthened its grip on power.

Next, Chibber rejects the Subalternist myth that capital abandoned its universal mission in the colonial world/India. Chibber points out that capital was as oppressive in the metropolitan as it had been in the periphery. The fact that the working class enjoys better living standards in the west does not owe to any progressive mission capital performed in Europe but because the working class won these reforms through hard-fought battles.

It is impossible to paraphrase Chibber’s rigorous deconstruction of subalternist myths. A gold-mine of information, this book is an essential tool to demystify post colonialism and Subaltern Studies.