Father: Well, uh, that’s when some people don’t like other people just because they’re Jews.

Son: Why not? Are Jews bad?

Father: Well, some are and some aren’t, just like with everyone else.

(A dialogue in the film Gentleman’s Agreement, directed by Elia Kazan) 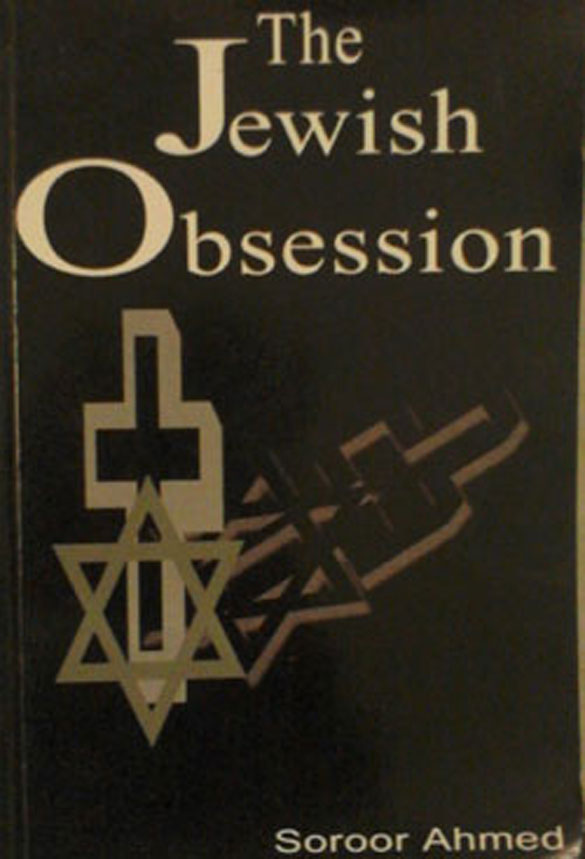 Gil Anidjar, a Columbia University Professor, has dealt with ‘political enemy’ and ‘theological enemy’ that Europe has nursed through ages in his highbrow book The Jews, The Muslims: A history of The Enemy. Jews have been the theological enemy of Europe, and Arabs the political enemy. This enmity and hatred against Jews accrued over time and finally culminated into the Holocaust. Why do we need enemy? Umberto Eco’s short essay Inventing the Enemy explains that the presence of enemy—real or imagined helps the collective self to endure.

The Semitic religions include Judaism, Christianity and Islam. However, anti-Semitism in common parlance covers a particular attitude towards Jews. History has it that Muslim regimes have relatively been at peace with Jews. Maimonides, a Jewish scholar, was given a high designation in Egypt by Saladin. The expulsion of Muslims from Spain was accompanied with the eviction of Jews from there. It appears a conundrum when people of one Semitic religion construct the other as ‘enemy’ declaring the other an evil and a monster. This could be called what Irfan Ahmad (2010) writes in a different context as ‘internal Orientalism’. One gets to know this when one comes across Islamist literature.

Giving a perusal of Islamist literature gives an impression that Islamism has borrowed this anti-Semitism from Europe. Books like Yahoodyo’n Ka Mansuba [The Conspiracies of Jews], Yahoodyo’n Ke Jarayem [The crimes of Jews], and scores of passages that talk about Jews in a good number of  Islamist books and mouthpieces smacks of anti-Semitism where Jews are portrayed as ‘the other’ possessing all the vices that any civilised society would not dare to talk about. The appreciation and studying of books like The Protocols of the Learned Elders of the Zions-- an important propaganda literature used by Hitler in spreading hatred against Jews--within Islamist circuit further reinforces their anti-Semitism.

Soroor Ahmad’s Jewish Obsession talks about this obsession of Islamists. By picking bits and pieces from Jamaat-e-Islami Hind’s mouth pieces, the author has substantiated his argument. Everything that goes awry with the Muslim world is pegged down to Jewish conspiracy or Jewish hand by Islamists. Ahmad challenges and denounces the works of Israr Alam who could be called an authority on conspiracy theory in India, and cites from dawat, (JIH’s mouthpiece), and other works to weave his argument. There are two simultaneous narratives that run through this book. The first one challenges the belief among Islamists’ circle that behind everything that goes wrong with the umma is a handy work of Jewish conspiracy. The other narrative that has been constructed is backed by a particular reading of history. It deals with Christianity and particularly the Evangelists within it. To the writer’s unique reading of Ummah’s enemy, it has been Evangelical group that has relentlessly been corrupting the Muslim world. The debate moves from intellectual plane to theological and vice versa. Ahmad also cites scripture to emphasise his point!

The bête noire of Islamism is Jahiliya which is a slippery notion that could include anything and everything that does not suit political Islam. To put it another way, the ambiguous nature of Jahiliya endows Islamism with the power of defining its theological enemy as well as political enemy. At the end of the day, the same enemy could be both, that is, theological as well as political. The coming up of the state of Israel in 1948 has made Jews a political enemy for Islamists. And it has since been Islamism’s enemy—political besides being theological. It is theological in the sense that the scripture possesses a long charge sheet against Jews. In other words, the charge sheet against Jews in the Book has mistakenly been read by Islamists as the last word. Nothing could be further from the truth. The most prominent feature that has been defined about Jews including Christians is their being ‘People of the Book’. This appears to be the final pronouncement about them which one could presume to be the ultimate.

The fact of the matter is that the formation of the state of Israel has much to do in borrowing this anti-Semitism. What obfuscates the understanding of Islamists in telling fact from fiction is their essentialist reading of things. What they do not understand is that ‘Jewishness’ is not something which is given and a priori. It is constructed, defined, explained, exaggerated, reinforced by rumours, and finally spread through propaganda. Thus, one recalls Jean Paul Sartre where he has observed that Jews are people, and it is the anti-Semite who makes them Jews. In other words, one needs to make a distinction between Zionist-Imperialist agenda of Israel, and Jews as people. In Indian context Islamist intellectuals disagree and critique the efforts that are employed by a particular segment of society in maligning the image of Muslims in the name of terrorism. However, they do not hesitate in doing the same when it comes to Jews. They do not even bother to exercise their reason.

Communities are not monolith categories having a fixed and static nature. If one travels into the nook and cranny of any community that seemingly appears monolith from outside, one could go on peeling layer after layer of it finding multiplicities of diversities within that particular community. For instance, the Muslim community in India itself is vertically as well as horizontally divided. One could easily trace such divisions along doctrinal, caste, class, sect and other lines. Was it a handiwork of Jews that cleft Pakistan into twain? How could one understand this division without taking into account political-economy, geography, language etc. of the then Pakistan? In fact this line of enquiry is very problematic where one religion is pitted against the other to understand the political, economic and a host of other issues of the contemporary world. Such approaches come almost near to Huntingtonian way of comprehending and interpreting the present times. If a small segment of any community is involved in misadventure, it does not call for painting that particular community with a single stroke of brush. This holds truly equal and equally true for Hinduism, Christianity, Islam, Judaism and scores of other ethnic groups.

One set out with the impression that the present book could be an important contribution from within the Islamist circle to challenge the ‘constructedness’ followed by deconstruction of their ‘Jewish Obsession’. Contrary to one’s expectation, one gathers that the book seeks to cancel out one extreme of Jewish Obsession with that of another, that is, ‘Evangelical Obsession’, as if there exists such a thing. In fact, Jews are the ‘lesser evil’ to Soroor’s mind, and Evangelists, the ‘grater evil’ That obviously implies that one needs to be obsessed with the enemy of one type or the other. Last but not the least, this review might be taken as a part of Jewish conspiracy to dismantle Ummah from within. It is time for jealously guarding our sanity.

Fahad Hashmi is pursuing M.Phil in Sociology from Delhi School of Economics, University of Delhi. He contributed this review to New Age Islam