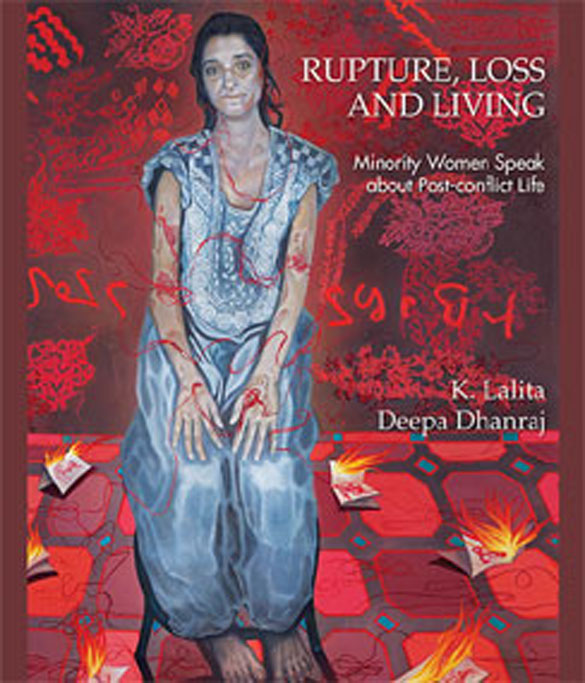 This is a subtle book. On first opening it, one expects to read tragic stories of victims of conflict, narratives by Muslim women in riot-hit Gujarat, Mumbai, and Hyderabad. Soon one realizes they are stories of resilience, told by women who have gone through heart-wrenching trauma, at the hands of savage strangers and even more brutal neighbours, by women who survived and coped with an indifferent or hostile government apparatus, with Hindu friends who did not wish to know them anymore, with Muslim leadership that was unhelpful, and with their own men broken by mass violence.

As one delves deeper other subtle but clear messages emerge. A government that should protect and give succor was aiding the aggressors, and even initiating violence. The voices of a handful of these Muslim women remind one of the incredible suffering incredible Indian leaders have meted out to women of other powerless minorities, of tribals in Chhattisgarh, and of the tribals of the North-East, of Irom Sharmila of Manipur, of Dalit women friends in nearby villages stoically facing the oppressors’ wrongs.

The book narrates that the horror does not cease after a single night of riot, rape and murder. It is the long aftermath of trauma, never ending in memorized agony, of humiliations, of the tearing down of a woman’s dignity and her sense of self-worth, which are the cruelest legacies of mob violence.  And yet, most readers would know of some woman or girl who has suffered violence or worse at the hands of some man, and how her friends and relatives try to brush the incident under the carpet and advice her to forget it and get on with life. Reading the narratives in this book teaches us all that psychological scars are very deep and need patient nurturing of women to help them survive.

Despite the memory of such horror, we see these women of Gujarat not only resurrecting their self-respect but even taking charge of their shattered communities. The voices we hear in this book are unique. Some international reports dryly relate the surprising strength African women have shown after the horrendous bloodbaths of Rwanda, but none that lets us hear their inner voices. Perhaps, this book when read could encourage African women to tell their stories.

In the book, Indian Muslim women sternly suppressing surging anger against the establishment take the lead in negotiating with it to build a future for their children, since many of their men are unable to do so. In the last fifty years of the Irish Civil Rights movement, Irish women have similarly faced up to their hated old enemy of the British army, but few accounts let us see the agonies that turned girls into amazons. In the book we see how desperately our women have sought for their missing men. The last wretched decades have had thousands of men go ‘missing’ in Chile, Guatemala, Argentina. These Indian voices speak for all their orphaned families. The Gujarat riots left some women totally without any support forcing a few into the sex trade to keep their children alive. Their lives throw glimmering light on what some Jewish women must have endured in Nazi concentration camps. Many other women in this book made other compromises, much less degrading but very difficult to do so all the same, to sit down and negotiate with their violators. They had no other option. French women ‘collaborating with Germans’ during World War II were heartlessly humiliated by Resistance fighters. Did those women have any option? We do not know, for none recorded their voices.

When we read about the harsh denial of justice in this book it is not just these Muslim women who come to mind, but also videos of young African-American youths shot dead by white policemen, and the bland statements of Australian authorities that the murder of an Indian student was not an incident of racial hatred. The narratives lay bare clearly the trail of events that lead to a catastrophic riot, an accretion of casual humiliations, threats presented as jokes, firm social exclusion, and discrimination in public places. These many experiences reinforce social knowledge that the Muslim, the Dalit, the tribal are second-class citizens, if citizens at all, allowed to exist for the moment by general sufferance till patience should run out, as it did for Hitler against the Jewish people, or it does for white supremacists against blacks in America, or for the National Front hooligans against the South Asians of Southall in London.

The book is not just about the suffering of a few Muslim women. It is in reality about human suffering and the thoughtless cruelty we heap on others living in our shadow. This reviewer discovered another message as he closed the book. Though he had shared the same time-space as the authors, he had not been aware of the delicacy with which women could unravel the tragic aspects of the human condition through the living narratives of other women, which could only be read through eyes blurred with tears.