Before I came across the book “Hijacking America's Mind on 9/11” by Elias Davidsson, I believed in the official narrative on 9/11. I read the book twice. It shattered completely my former belief. 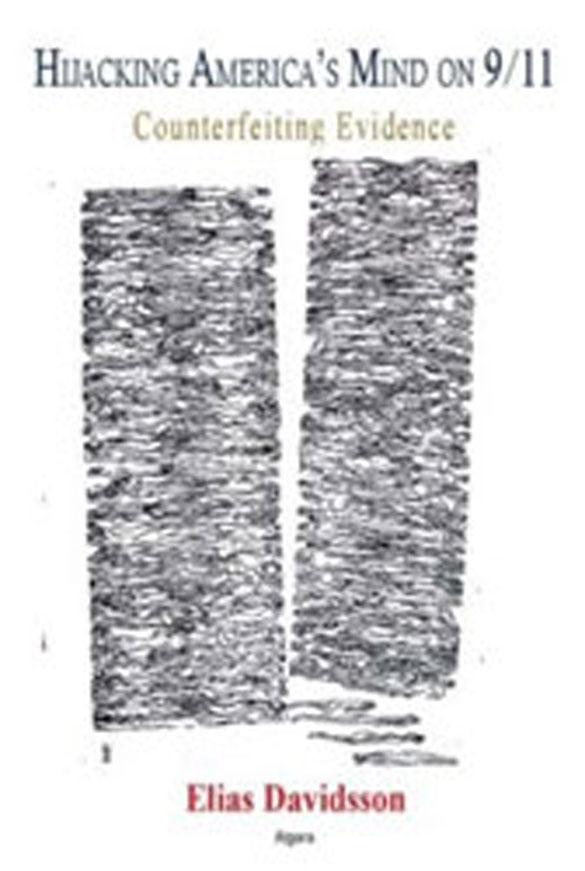 I'm no expert on 9/11 and do not believe in esoteric theories. My attitude towards 9/11 has been marked by a certain curiosity, but also by healthy skepticism. When I initially stumbled across articles questioning the official 9/11 narrative, I just read them and put them away. With Davidsson's book, it was different: it immediately captivated me.

Having hitch-hiked extensively all over the United States and studied international relations at the University of Pennsylvania in Philadelphia, I am somehow familiar with how American society ticks. I have noted that after every severe calamity in the US , an immediate inquiry is initiated to determine the facts.  When it comes to airplane crashes, it befalls on the National Transportation Security Board (NTSB) to determine the circumstances in which the airplane crashed: the plane is pieced together from the debris, the cause of the crash is determined and a public report is issued regarding the circumstances of the crash. The U.S. government did not, however, permit the NTSB to investigate the 9/11 crashes. It had to be carried out, exceptionally, by the more secretive FBI, which has no obligation to publish its findings. Why did the U.S. government insist on such unprecedented secrecy?

Elias Davidsson's book may provide an answer to this question. His book is a very thorough study of specific aspects of the 9/11 events that have hitherto been neglected. The strength of his book lies in its reliance on primary evidence, the sources for which are provided so that readers can check for themselves the accuracy and relevance of the evidence. Davidsson does not merely provide footnoted references to the sources but has actually posted a great number of source documents on his website, sparing readers tedious searches. This unusually user-friendly approach indicates the author's willingness to subject him to the most exacting scrutiny by readers. What makes his study so compelling is his judicious use of official U.S. government documents to undermine the assertions of the U.S. government itself?  A great part of his sources are FBI documents culled from the U.S. National Archives (NARA).

The author provides persuasive evidence that the official narrative is riddled with contradictions, anomalies, puzzling coincidences, lies, forged and planted evidence; that witnesses were intimidated; and that news were fabricated. A substantial chunk of his book is devoted to an analysis of the telephone calls made between passengers and crew-members with their colleagues or loved-ones on the ground. It is actually the most comprehensive and thorough analysis of these phone calls undertaken to this date. One gets the rather sinister impression – reading the quoted phone calls – that the callers were not experiencing true hijackings.  Readers will have to judge for themselves whether this impression is justified.

The author was born in Palestine in 1941 to Jewish parents and grew up in Jerusalem but lived for most of his life in Iceland. Apart from his double professional career, first as a computer expert and then as a music teacher and composer, he became interested in international law in the 1990s and published a number of extensive papers in the fields of international law, human rights law and international criminal law. In 2002, prompted by anomalies he discovered in the official narrative on 9/11, he started researching these events. The present book represents the culmination of ten years' work.

The book is divided into four parts and 14 chapters. The style of the presentation is narrative and easy to follow. Davidsson's book is the first one that demonstrates, beyond reasonable doubt, that there exists no evidence for the claim that Muslim terrorists hijacked planes on 9/11. His book is not limited to debunking this claim. He also shows that the U.S. authorities have failed to identify the debris of the aircraft that crashed or allegedly crashed at the various sites on 9/11.  Based on his comprehensive analysis of the phone calls, Davidsson invites readers to consider what he designates as his best theory regarding the nature of the phone calls.

Before involving readers with the intricate forensics of the case, the author highlights the incredible swiftness with which the official narrative on 9/11 emerged:  CBS news named Osama bin Laden as the main suspect within 15 minutes. Approximately 20 minutes after the second plane crash, President Bush declared that „ America is under attack“, although he had no evidence that the events were related to a foreign source. The facts of the case were not determined by investigators, but by the U.S. Congress, meeting 24 hours after the events. Relying on a statement made by Senator Lott, Davidsson reveals that the congressional resolution was already in the works on the very day of the incident.

For the author, 9/11 was a brilliantly orchestrated “propaganda coup”. The dramaturgists of 9/11 must have envisaged that the events, played out real time on television, would serve to unite the American people and rally the population behind the flag. This turned out to be the case. The role of U.S. and European media in promoting the official 9/11 version is well known. Established media deliberately and routinely suppress facts that might undermine public belief in the official version, for example the admission by the FBI in June 2006 to possess no hard evidence of a link between Osama bin Laden and 9/11.

Is it possible to challenge Davidsson's work?  One might argue that a colossal crime such as 9/11 would involve so many people, that the plot could not be kept secret. According to this argument someone, among the many participants, would have long ago “spilled the beans.”  How compelling is this view?  What does it mean to “spill the beans”? How likely will eyewitnesses “spill the beans”?

First, it should be clarified that government conspiracies do not always remain secret. They are often exposed by scholars and historians. But as long as such exposure is limited to scholarly books and suppressed by the corporate media, these plots remain – for the general public – “conspiracy theories”. A few examples should suffice:

In 1967, the US and Israel conspired in attempting to sink the USS Liberty off the coast of Israel. The US Navy personnel who survived the perfidious attack attempted to raise public knowledge about this conspiracy but did not succeed. The facts have been thoroughly documented by British journalist Peter Hounam, who interviewed survivors and participants. They are known to those who wish to know, but are kept suppressed from the large public.

The Tuskegee Syphilis experiment is cited as "arguably the most infamous biomedical research study in U.S. history." This experiment was conducted between 1932 and 1972 by the U.S. Public Health Service. The conspiracy of deception on which this experiment was based, was only brought to public in 1972 by a whistleblower, i.e. 40 years after the experiment began.

Operation Gladio refers to terrorist acts secretly engineered by the secret services in Italy, Belgium, Greece, Turkey and possibly Germany during the Cold War. These murderous acts were staged to appear as terrorism by leftist groups. The operation was kept secret for 40 years in Western Europe with no one blowing the whistle. It was revealed in 1990 by the Italian Prime Minister Julio Andreotti, addressing the Italian parliament, but even that did not ensure wide public knowledge because major media did not cover the story.  Most European people, including academics, journalists and politicians, are not aware of this murderous conspiracy which was carried out by their own government. Those unaware of this operation will be tempted to call it a "conspiracy theory".

In addition to media reluctance to report government conspiracies, the modus operandi of covert operations needs also to be considered. Covert operations carried out by the military are always organized according to the "need to know" principle. Michael Ruppert, one of the first independent investigators of 9/11, reminded readers: “From the Manhattan Project to the Stealth fighter, the US government has successfully kept secrets involving thousands of people. Secondly, in order to execute a conspiracy of the size and type I am suggesting [9/11], it is not necessary that thousands of people see the whole picture. The success of the US in maintaining the secrecy around the atom bomb and the Stealth fighter, or in any classified operation, lies in compartmentalization. A technician in Tennessee refining uranium ore in 1943 would have had no knowledge of its intended use or any moral culpability in any deaths that occurred as a result of it. Another technician in Ohio , mixing a polymer resin in 1985, would have had no knowledge of what an F117A looked like or what it was intended to do."

Many people believe that a government employee aware of illegal practices by his agency or his superiors will immediately report to the police or speak to a journalist. This belief is not justified.  Exposing high state crime requires great personal courage and entails risks to one's career, security or even life. Even the courageous whistleblower cannot be certain that those, to whom he confides will publicize the information, suppress it or inform on him to his superiors. Just consider what happened to Bradley Manning, Edward Snowdon or Julian Assange!  Sadly, most people do not even dare to ask elementary questions about 9/11, afraid to be ostracized or even lose their jobs. Civil courage is a rare commodity.

Summing up his findings, Elias Davidsson refers to human rights norms according to which the families of 9/11 victims are entitled to know what happened to their next-of-kin and society is entitled to have the perpetrators, planners and facilitators of the mass-murder identified, prosecuted and convicted.  He furthermore sees in efforts to expose 9/11 a “revolutionary potential” because it would reveal what he sees as the monumental failure of our institutions to seek the truth on these murderous events.

Davidsson's book is not an introduction to 9/11 critical studies. It caters to those who are already aware of the major anomalies in the official narrative. The book is a must read to those concerned with the stealthy transformation of Western democracies into police states and to those who oppose the wars conducted by the United States and its allies.

Dr. Ludwig Watzal works as a journalist and editor in Bonn , Germany . He runs the bilingual blog “between the lines” http://between-the-lines-ludwig-watzal.blogspot.de/