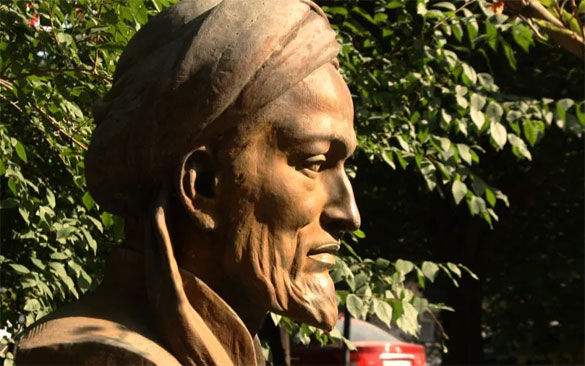 Some opine that Muslims, after translating Greek sciences into Arabic language, made no original contribution to the spread of knowledge and sciences on their own. However, after scrutinizing this proposition on the bases of historical and civilizational evidences a contrary scenario is visualized. Muslims not only preserved the Greek science and philosophy but also made original contribution to almost all aspects of these subjects.

It is an established fact that different sciences developed at the hands of Arabs and Muslims. They flourished it with great zeal and made spectacular achievements and consequently its paramount influence in almost all branches connected with the curative science namely medicine, pharmacy, surgery and organization of hospitals etc. According to Robert Briffault, “The Arabs kept alive the higher intellectual life and the study of science in a period when the Christian West was fighting desperately with barbarism. From the 12th century every one in the West that had any taste for science, some desire for light, turned to the East or to the Moorish West….when at the Renaissance the spirit of man was once again filled with the zeal for knowledge and stimulated by the spark genius, if it was able to set promptly to work, to produce and to invent, it was because the Arabs had preserved and perfected various branches of knowledge, kept the spirit of research alive and eager, and maintained it plaint and ready for future discoveries.”

One of the prominent scientists of 11th century was a Persian polymath Ali Hussain Ibn Abdullah Ibn Sina commonly known in the West as Avicenna, reckoned as one of the significant physicians, astronomers, and father of early modern medicine; the most impactful of all Muslim physicians and philosophers held the title ‘Prince of Physicians’. He learned Islamic jurisprudence from a Hanafite jurist Abu Muhammad Ismail ibn Hussain ibn Ali Bukhari. His father was a bibliophile who educated his son from a noted mathematician Mehmod Masah, a vegetable seller who was apparently the only teacher available at the time in the subject. Later on a famous mathematician and philosopher Abdullah Natili came Bukhara who taught him mathematician. Under his able guidance Ibn Sina mastered “Almagest” the elements of Euclid’s and some logic. After touching the zenith of knowledge he got titles of Sheikh-ul-Rais (The great teacher) and Hujat-ul-Haq-Alal-Khalaq (The proof of Allah on people) by his compatriots. Ibn Sina in fact, had no teacher in natural sciences or medicine. He says about his study of medicine: “I started studying medical science, since it is not a tough subject, I could easily master it in a little period of time, as a result good physicians used to approach me for instruction in medical subject. I started clinic and made experimentation therein. But I was still busy in the study of jurisprudence and my age was sixteen years.”

However, he sought discipleship in medicine from Abu Mansur Hasan ibn Nuh-ul-Qamri and Abu Sahl Maseehi. Ibn Aseeba in his Ayun-al-Amba also quoted from Abdul Hamid Ibn Esa that Ibn Sina used to sit in the clinic of Nuh-ul-Qami and attained erudition of medicinal knowledge from him. “Of all science, however, excluding the science of religion”, says M.H Y.Young and J.D Lathum, “the one in which he initiated in perhaps the shortest possible time was medicine, to which a Christian physician, Isa bin Yahya introduced him. He was renowned for his medical skill at the age of sixteen.” His medical zeal and vigour in fact is manifestation of his comprehension of the scientific encyclopaedia of Ikhwan al-Safa at a very early age. At the age of seventeen he got the privilege to cure Samanid Sultan Nub b. Mansur (365-87/976-97) which as a matter of fact opened the doors of Royal library of the king for Ibn Sina, which was a store house of valuable books. This treasure of knowledge in fact opened the vistas of knowledge and understanding for Ibn Sina. 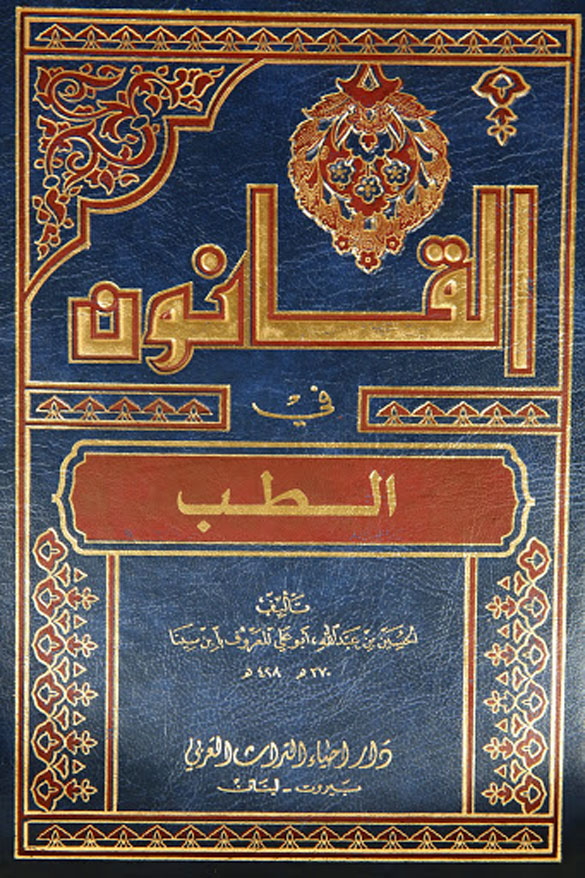 Though of Persian origin, Ibn Sina wrote “Al Qanun” and most other works in Arabic which speaks of his supreme genius. Besides ‘Al-Qanun’ he wrote at least eight medical treatises one of these deals with the treatment of colic in which he was a specialist.  His name and fame reached far and wide and acquired a status in Medieval European medicine. He was hailed by the scholars as Al-Shaykh al-Rais (The great teacher). In the words of George Sarton, he is the most famous scientist and philosopher of Islam and one of the greatest of all races, places and times. Many famous European surgeons like William of Saliceto in Italy and his student Lanfranc, regarded Ibn Sina as the father of medicine and surgery. The translation of the works of Ibn Sina especially the ‘Canon’ made a far reaching impact on the flowering of European Renaissance. Ibn Sina was a harbinger of various modern medical practices and methods. He documented the testing of a new drug by experimentation on animals. He diagnosed cancer and conducted surgical operations for the treatment of cancerous tissues. He originated the use of oral anaesthesia. He described a number of psychological disorders and pointed out that prolonged depression or anxiety may lead to the formation of stomach ulcers. His magnum opus Al-Qanun fit-Tibb (Canon of Medicine) divided into five parts which deals with a variety of medical subjects, including general medical principles, medica and pharmacology of herbs and simple drugs, pathology, specific diseases, the impact of diet, climate and environment on health and medication. Al-Qanun remained a medical Bible in the West for centuries together and constituted a monumental unity, which maintained its authority until modern times when experimental science began, and because it still remained more accessible than Hippocrates and Galen, served as a basis for seven centuries of medical teaching and practice.

Al Qanun is the extract of all medical knowledge of Ibn Sina’s time, besides his own observations. He observed the discovery of meningitis, the manner of spread of epidemics, the contagious nature of tuberculosis etc. He has given clear description of ancylostomiasis, Dracunculiasis, medinensis, phthisis, measles and small pox. The symptoms given him for a lung disease don’t conflict with today’s scientific observations for example while writing the symptoms of pleurisy he say, “the signs of pleurisy are unmistakable, first continuous fever, secondly violent and unremitting pain under the ribs, brought on particularly by heavy breathing, thirdly short breaths taken with difficulty, fourthly a fast faint pulse and lastly a dry cough. if the patient begins to cough up sputa, it is a sign that the lungs are diseases also”. About the epoch making authority of Al-Qanun, Chambers encyclopedia writes: “The Persian Avicenna (989-1036) composed his vast medical encyclopedia or canon (Qanun) which was the chief text book of medicine in the Arabic East Latin West until the 17th century.” Ibn Sina regarded medical profession a great source of service to mankind. He invested new methods in treating disease and presented new insights. He was fully conversant with the philosophical principles relating to medical sciences. It is perhaps for the same reason that Hitti calls that Ibn Sina more of a philosopher and “Razi more of a physician than Ibn Sina.” However Dante calls Ibn Sina equal in status to Hippocrates and Galen. Ascalgor regards him superior to Galen in philosophy and equal in medicine. For the first time, the complete English translation of this voluminous book has been brought out by late Abdul Hamid, Chancellor Jamia Hamdard. Besides, translations several physicians wrote commentaries on Al-Qanun which were highly appreciated. Ibn Nafiz wrote ‘Sharh Tashrih al-Qanun in 20 volumes.

Despite the loss of his major works, such as twenty volume “Kitab al-Insaf” on the arbitration of “Eastern and Western philosophy and the “Lisan-al-Arab” in ten volumes, over two hundred and fifty books, treatises and letters of Ibn Sina have survived. The manuscript of ‘Kitab al-Insaf” disappeared at the sack of Ishfahan in his own lifetime.  He wrote some works in Persian of which the ‘Danish Nama, the book of science dedicated to Al-Dawlah is the most important work. He composed his first work in 391 A.H, on poetry and mathematics as ‘Kitab-al-Mujmu’ which he dedicated to Abul Hasan Aroozi. Similarly in the same age on the demand of his friend Abu Bakr Al-Barki he composed “Kitab-al Hasil wasl Mahsul and “Kitab –al-birr wa’lithm’ on philosophy and ethics respectively. During his stay in Jurjan on the house of Abu Mohammad Shirazi, he composed “Kitab al-Mabada wa’l maad’ and Kitab al-Irsad”. In philosophy he influenced mostly by Aristotle and adopted fancies of other schools of philosophies and tried to reconcile philosophy and religion like Al-Farabi.

To sum up, it can be said that Ibn Sina through his unparalleled works exercised an everlasting impression, both in East and the West particularly through his Al-Qanun and enjoyed places of equivalence by early Greek physicians Hippocrates and Galen and played a key in ushering the Renaissance in Europe.