What Do the ISIS Supporters Want?

The Way Of The Strangers: Encounters With The Islamic State 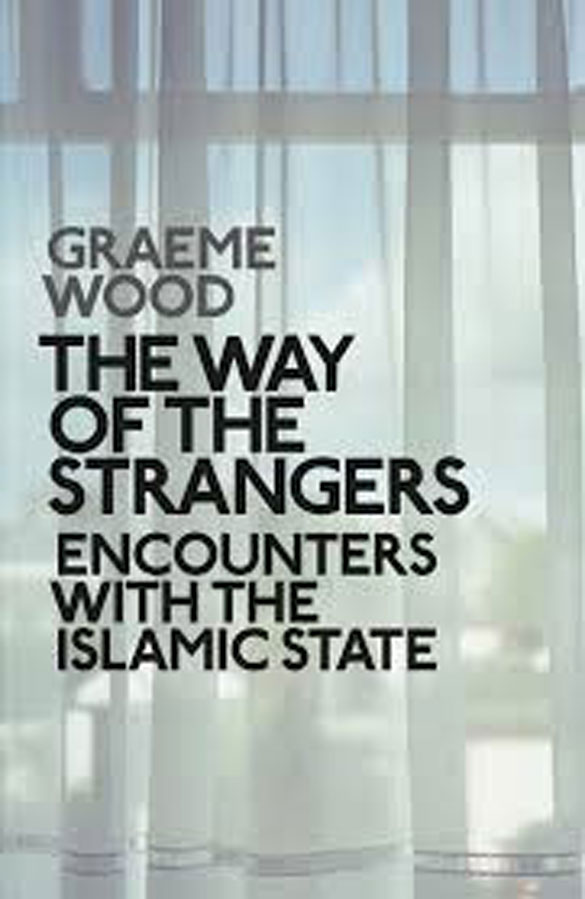 In early 2011, as American forces were packing up to leave Iraq after eight years of fighting and occupying, one of the war’s most hideous byproducts was lurching toward what appeared to be certain death: Al Qaeda in Iraq, which had recently renamed itself the Islamic State in Iraq, had seen most of its leaders killed and its membership whittled to a handful of dead-enders, who were huddled in sanctuaries in and around the northern city of Mosul.

But then the Americans departed, and a vast uprising against the government across the border, in neighboring Syria, took off. Suddenly, the Islamic State in Iraq, led by an ambitious former graduate student who called himself Abu Bakr al-Baghdadi, saw its fortunes brighten anew. Baghdadi dispatched a handful of fighters to Syria and within a few months they were running operations across much of the country. Iraq promptly returned to chaos, and in April 2013, Baghdadi, presiding over a vast fief that stretched from the Iraqi desert to the outskirts of Damascus, rechristened his group yet again — as the Islamic State in Iraq and Syria, or ISIS — and appointed himself caliph. Tens of thousands of volunteers from around the world flocked to defend his far-off kingdom in the sand.

In the years since, ISIS’ breathtaking lust for anarchy — temple-smashings, beheadings, crucifixions — has inevitably prompted the question: What do these people want? The usual answers — money, power, status — do not seem to suffice. Graeme Wood, a correspondent for The Atlantic and a lecturer at Yale, believes he has found something like an answer, and that it can be located in the sacred texts, teachings and folklore of early Islam. In “The Way of the Strangers,” Wood, through a series of conversations with ISIS enthusiasts, shows that many of them claim to want the same thing: a theocratic state without borders, ruled by a leader who meets a series of strict qualifications, and who adheres to a brand of Islam that most people — including most Muslims — would find stifling and abhorrent.

The most novel aspect of Wood’s book is that he shows, convincingly, that the stifling and abhorrent practices of the Islamic State are rooted in Islam itself — not mainstream Islam, but in scriptures and practices that have persisted for centuries. There’s no use denying it. “For years now, the Islamic State and its supporters have been producing essays, fatwas, .?.?.?films and tweets at an industrial pace,” Wood writes. “In studying them we see a coherent view of the world rooted in a minority interpretation of Islamic scripture that has existed, in various forms, for almost as long as the religion itself.” That goes for the most barbarous practices as well: “Slavery has been practiced by Muslims for most of Islamic history, and it was practiced without apology by Muhammad and his companions, who owned slaves and had sex with them.”

Wood has obviously studied the old Islamic texts. And he makes clear, in the conversations he has with Islamic State supporters, that they have, too. The value of “The Way of the Strangers” is that it gives the lie to the notion, repeated so often in the West as to become a cliché, that ISIS zealots are betraying Islam, and that their practices are un-Islamic. They are Islamic, and in that sense, the end-state of their murderous program is not hard to discern.

The Islamic State, such as it is, is a dangerous place, and Wood’s book amounts to a tour around its far edges, where it can be safely traversed. And so we sit down with Hesham Elashry, a suit tailor in Cairo who tries to convert Wood to his Salafist ways. We meet Yasir Qadhi, a Houston-born scholar who abandoned his hard-line views and earned a Ph.D. at Yale. We tag along with Wood as he travels to Footscray, Australia, to meet a jihad-minded young man named Musa Cerantonio, who writes about ISIS on Twitter and Facebook, and who follows an obscure strain of doctrinaire Islam, popular in the Islamic State, known as Dhahirism. And we trace the path of John Georgelas, a.k.a. Yahya Abu Hassan ibn Sharaf, a native of Plano, Tex., who rebelled against his middle-class upbringing, converted to Islam and made the pilgrimage to Syria in 2013 to join the Islamic State; he was wounded soon after and since then has been one of the group’s chief propagandists. Together, Wood’s conversations amount to a thorough discussion of the theological underpinnings of the Islamic State.

Still, while “The Way of the Strangers” has its moments, I often found myself wondering how useful all this theology really is. The first problem with Wood’s argument is the people he has chosen to speak for ISIS; with the exception of Georgelas, whom Wood did not meet, none of the characters featured in his book have actually fought for, or even joined, the Islamic State. They are fellow travelers, whose zealotry has not brought them to join the group they claim to support. Cerantonio, the Australian, lives with his mother. Elashry, the tailor, complains that he is “too old” to travel to Syria or Iraq. While I sympathize with the obvious logistical challenges involved in trying to sit down with real-live ISIS theologians, the armchair quality of the people Wood features here can make his discussions feel abstract. If the subtitle of your book is going to be “Encounters With the Islamic State,” then you owe it to your readers to get closer than London or Footscray.

That leads to another, broader problem with Wood’s discussion. Is religion really that important to these people? Wood does not discount the presence of “dullards and goofballs” in the movement, but he is adamant that Islam is at the heart of the engine that drives not just the Islamic State’s leaders, but also its fighters. “The foot soldiers view their mission in religious terms and spend great energy on piety and devotion.”

Assessing human motives is always a tricky game, even when we are trying to decipher our own. While I don’t deny that Islam provides the framework within which ISIS operates, describing the group as essentially a bunch of religious fanatics strikes me as simplistic. My own experience in the Muslim world, and especially in Iraq, was that the motivations for joining a militant organization were varied and complex. Some fighters joined because they hated a rival group — Shiites, say. Others took up arms because they were seeking revenge for a wrong done to their family — by the American Army, say. Still others became militant because doing so offered them an unparalleled chance to rob, rape and kill. Abu Musab Al-Zarqawi, who founded Al Qaeda in Iraq — ISIS’ precursor — was a thug and a gangster who used Islam to justify what he was doing anyway.

Did Mohammed Emwazi, the British-born Muslim who became known as “Jihadi John” for personally beheading Western hostages, really join ISIS to get closer to God? Groups like Al Qaeda and ISIS have always struck me as primarily death cults: Murder first, pray later. All the better if you can find sacred texts to justify your actions, of course. But murder just the same.

Dexter Filkins, a former Baghdad correspondent for The Times, is a staff writer at The New Yorker and the author of “The Forever War.”