The Future of Pakistan

Stephen P. Cohen and Others 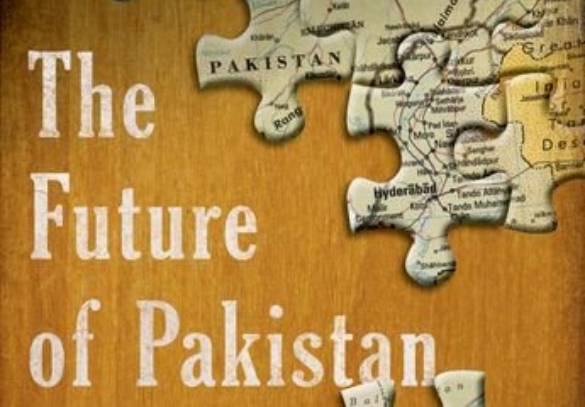 Stephen Cohen has been researching and writing about the subcontinent for nearly five decades now. His books on India, Pakistan, and the relations between them have been required readings for anyone interested in South Asia’s international relations.

Cohen now brings us a collection of essays written by him and others on the future of Pakistan. The contributors include scholars from Pakistan, India, Britain and the United States. Together they help us reflect on the prospects for a country that is the sixth largest in the world. It is the world’s second largest Muslim nation and with its fast growing population will soon overtake Indonesia as the first.

It has one of the world’s biggest armies. Pakistan is equipped with a rapidly growing nuclear arsenal that is expected to be the fourth largest after those of the United States, Russia and China.

Pakistan’s western borderlands with Afghanistan have emerged as the epicentre of international terrorism in the last few decades. While Pakistan is now seen as one of the pivotal states of the world, its geopolitical importance has never been in doubt for those familiar with its history.

Some have argued that the creation of Pakistan was rooted as much in geopolitics as in the internal political dynamics of the undivided subcontinent. (West) Pakistan’s location at the intersection of the subcontinent, China, Soviet Union and the oil rich Persian Gulf, the argument goes, made it a geopolitical necessity in the Great Game at the dawn of the Cold War.

Pakistan’s generals and its strategic community have been acutely conscious of the nation’s geopolitical location and have been adept at leveraging it with the West as well as China during the Cold War and after.

As a nation formed in the name of religion, Pakistan has always had considerable influence in the Muslim world to the west and east of the subcontinent.

Pakistan’s civilian and military establishments have boldly instrumentalised Islam for political purposes at home and abroad. Islamabad and Rawalpindi have assumed that this play with religion can be cost free and calibrated to produce maximum leverage with the neighbours and great powers.

That assumption is now widely questioned within and outside Pakistan as its “deep state” loses control over the radical forces unleashed over the last few decades.

Pakistan army’s stratagems that were once seen as brilliant in a geopolitical sense have acquired a life of their own and have terribly complicated Pakistan’s internal structures. Coupled with worsening economy and deteriorating governance, Pakistan is a state in perpetual crisis. This would not have mattered much to the world if the internal dynamics had no external consequences.

A growing number of policy makers around the world are now convinced that what happens inside Pakistan is a major variable in the international efforts to prevent the proliferation of weapons of mass destruction, defeat the forces of international terrorism and religious extremism, and stabilise the subcontinent and its environs.

Cohen’s timely collection comes at a moment when the relations between Pakistan and the United States have nose-dived. The US military raid on Abbottabad last May and the execution of Osama bin Laden in a safe house there without the permission of Pakistan, the continuing drone attacks on Pakistan’s western borderlands, and last November’s NATO attack on a Pakistani military post on the Afghan border have seen the surge of anti-American sentiment.

The sharpening contradictions in Afghanistan between Pakistan and the US, its principal military and economic benefactor all these decades, amidst Washington’s plans to withdraw from Afghanistan has set the stage for the transformation of the regional security complex in the north-western subcontinent.

Cohen’s volume is not the typical articulation of what we might call the “Western” view of Pakistan. Its diverse group of contributors brings different national, disciplinary and policy perspectives in imagining different futures for Pakistan. The one important missing national perspective in the analyses here is that from Afghanistan. Although Afghanistan figures prominently in the analysis of various aspects of Pakistan’s future, there is no Afghan contributor to this volume.

While there is much that inspires profound pessimism about Pakistan’s future, Cohen rightly leaves some room for redemption by betting on its vigorous civil society and its hugely talented elite.

Despite all the problems that India has with Pakistan, Delhi should not write off its neighbour as a failed state. There is much resilience in South Asia, and it will be unwise for India to slot away Pakistan into fashionable categories of current Western discourse.

The current Indian prime minister and his two predecessors — Manmohan Singh, Atal Bihari Vajpayee, and Inder Kumar Gujral — have sought normalisation of bilateral relations with Pakistan despite much scepticism within and outside India and mixed results.

While the rest of the world can turn its back on Pakistan, India does not have that choice. A productive Indian policy towards Pakistan depends on a better appreciation of the internal dynamics next door. To get there, Cohen’s volume is a good place to start.