Review of 'Confessions of a Terrorist – A Novel'

Reliable factual information gathered by terrorism expert and author Professor Richard Jackson is set within a simple but compelling fiction: Michael, a British intelligence officer, and Professor Youssef Said, a Middle Eastern terrorist organiser, face each other across a table in a rundown building in Leeds, UK. Their interview is recorded and transcribed for comment by senior MI5 personnel. As we read the transcript, we gradually unravel the mystery of the events that led them to this meeting. A truly surprising twist, and plans within plans on both sides keep the dramatic tension running right up to an explosive finish. 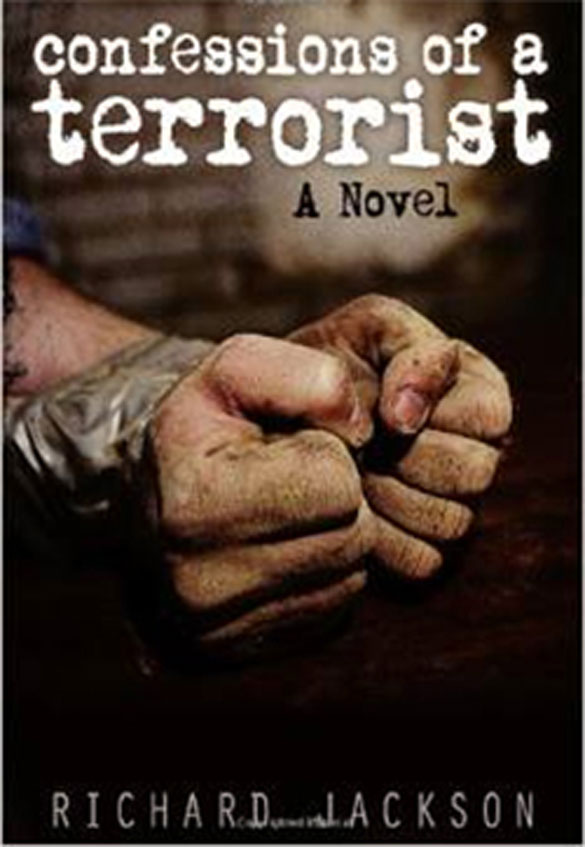 So this is an easy novel to engage with at the 'action' level, but its depth shines through in Jackson's believable portrait of two human beings whose experiences of both ordinary life and of violence have shaped them in very real and defining ways. Their particular histories, emotions and cultural preconceptions variously impede and facilitate true listening and understanding of one another. And, in the final pages, Jackson presents a level of despair at the human dedication to believing that violence is the only possible response to violence. He accurately represents how people so often accept the appalling personal and social consequences of violence in the powerless belief that there is no other way.

Meanwhile, if you are not familiar with the story of Empire from the perspective of those invaded, prepare yourself for many shocking revelations which will take you out of the usual good guy/bad guy mindset encouraged by standard media portrayals of world conflicts. People behave violently when they feel themselves to be under threat, and this story demonstrates the danger to all parties of failing to honestly listen to and address your own fears and needs, and those of your enemy, if you truly want to resolve conflict and end the violence.

In this novel, Jackson raises the confronting question: Is the fear and insecurity of Western societies and their violent abuse of people of other countries and cultures causing a violent defensive reaction? In which case, are Westerners the ones who need to de-'radicalise' their extremist capitalist and militarist ideologies and behaviour in order to reduce fearful extremist responses to these? Michael's psychological difficulty in acknowledging his own country's aggressive behaviours brings up a deeper question: How do you reach a person who is too afraid to acknowledge their own violence, and who continually blames someone else for creating a conflict actually instigated by themselves? How do we expose and address the real source of this person's fear?

Personally, I found the novel very useful in helping me to redefine terrorism more broadly and accurately, identifying and letting go double standards pertaining to the 'legitimate' military and 'rebel' militants. In many ways, what is labelled 'terrorist' is simply guerrilla warfare – tactics strategically chosen by people with few resources against military forces far superior to their own. And there seems little to distinguish 'terrorism' from any form of militarism as it has been practiced at any time by human beings: When have civilians genuinely been protected in a violent conflict? When has violence not been used to terrorise people into submission? When have soldiers not tried to inflict maximum damage on the other side, while minimising their own losses? When have soldiers not been willing to sacrifice their own lives, sometimes suicidally, for a perceived cause?

And when has violence not been a desperate demand for attention and control by those who are terrified?

If you have ever asked 'Why?... How could they do this?' in response to the latest report of terrorism, then 'Confessions of a Terrorist' http://www.amazon.com/Confessions-Terrorist-Novel-Richard-Jackson/dp/1783600020 is the novel for you. But only if you genuinely want to find out the answers.

This is an emotionally engaging book that raises many issues to mull over and discuss, with a solid academic reading list for those who want to find out more. You can also check out Professor Jackson's other books and articles on his website. https://richardjacksonterrorismblog.wordpress.com/

Bio data: Anita McKone has been a nonviolent activist since 1993. Her work on environmental and anti-war campaigns led to further intensive research into the deep psychological roots of violence. She works to fully comprehend and end behaviours that are destructive of the Self. She is the author of 'Fearless Psychology and Fearful Psychology: Principles and Practice' and has also written and recorded eight 'Songs of Nonviolence'. Website: http://anitamckone.wordpress.com