Behind the Veil: The Secret Lives of Young Women Who Are Transforming the Arab World

Excellent Daughters: The Secret Lives of Young Women Who Are Transforming the Arab World 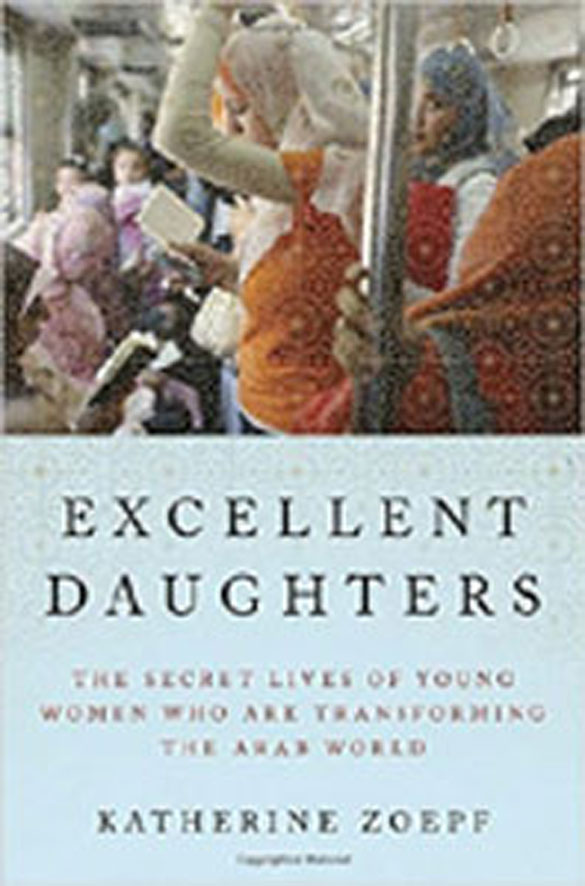 Katherine Zoepf’s chilling book “Excellent Daughters: The Secret Lives of the Young Women Who Are Transforming the Arab World” doesn’t specifically address taharrush gamea, or collective humiliation. But the themes of honor, shame, power, sex and Islam are woven throughout her intimate portraits of Muslim women and girls in the Middle East and North Africa.

Ms. Zoepf has been reporting on the region since 2004, as a stringer for the New York Times and contributor to the New Yorker, and her book is like a “Lonely Planet” guide to the dark underbelly of the purity culture of Muslim societies. From Damascus to Jeddah—and, yes, now to the capitals of Western Europe—women who transgress their perceived “social responsibilities” in this matrix of honor and shame are fair targets for humiliation and violence.

In one particularly poignant chapter, Ms. Zoepf steps through the doors of a girls’ prison in Syria, where 16-year-old Zahra al-Azzo was jailed for being raped. (That’s right, they jailed her.) The prison is a sort of holding facility for girls like Zahra who are at risk of being murdered by their families in a so-called honor killing. Yet there is little to protect the young women once they leave. “One of the girls came to me, crying, the other day,” the head social worker tells Ms. Zoepf. “She wanted to go home and it’s an honor crime situation. I told her, ‘Try to relax here for a while because they’re going to kill you anyway when you’re released.’ It sounds cruel, but I needed to calm her down, to get her to behave sensibly.’”

Zahra was eventually freed from the prison in order to marry a cousin. Shortly thereafter, she was hacked to death in her apartment by her own brother—with the blessing of their parents. Zahra’s crime: “losing her virginity out of wedlock.” Her brother believed he was “washing away the shame” to the family. The day of her murder, Ms. Zoepf chronicles, the girl’s family threw a party.

“Excellent Daughters” exposes the tragic dynamics of power and control that lay siege to the bodies, minds and souls of women and girls through inherited rules of patriarchy, tribalism and morality. In eight chapters set in Saudi Arabia, Lebanon, Egypt, Bahrain, the United Arab Emirates and pre-civil-war Syria, we meet brave individuals who are trying to “reconcile the values they’d absorbed growing up with a changing world and their own changing hopes.”

“Transforming the Arab World,” as Ms. Zoepf’s subtitle puts it, can take many forms. Readers learn about women’s secret strategies for protecting virginity, and thus honor, such as anal sex, hymen-reconstruction surgery, illegal abortions and “passionate friendships, possibly even love affairs” between women. From the bedroom to the public square, the book captures the struggles of women as they challenge laws, traditions, cultural norms and religious interpretations. For some, revolution looks like taking a job as a flight attendant, or going to law school, or refusing to wear a headscarf. For others, it means playing sports. Ms. Zoepf’s own background—she was raised as a conservative Jehovah’s Witness—allows her to be particularly empathetic to situations that otherwise defy logic.

Ms. Zoepf gingerly traces the roots of twisted practices, such as honor killings, to Islamic concepts such as fitna, or the “chaos” that is often connected to “temptation of a sexual nature.” Quoting a prominent male Syrian women’s-rights advocate, Bassam al-Kadi, she notes that the current state of Arab politics has only made matters worse. “Arab society’s attachment to the idea of personal honor as something bound inextricably to the virtue of female relatives was becoming even deeper than it had been historically. Partly this was a result of the wave of Islamization that had been sweeping the Arab world since the 1980s,” she writes, summarizing Mr. al-Kadi’s argument. The “obsession with the control of female sexuality” is, she notes, a “symptom of political despair.” As Mr. al-Kadi puts it: “No one talks about loyalty to country, about professional honor. Now it’s just the family, the tribe, the woman. That’s the only kind of honor we have left.”

The trouble is that, for all of her meticulous reporting and access to the women she writes about, Ms. Zoepf shies away from drawing certain uncomfortable conclusions. She acknowledges the problems with “many Salafi, or fundamentalist interpretations of Islam,” and she rightly notes, for example, that honour killings are “almost unknown outside the Islamic world and its diaspora.” Yet she goes on to say, in the next sentence, that “honour killings are not mentioned in the Qur’an.” This is typical of the kind of careful dance she does throughout the book. She bares witness to tyrannical situations but remains always an observer, holding back from expressing moral outrage or insisting on the need to reform Islam. Given the horrific state of affairs she documents, perhaps she feels like the argument makes itself.

Maybe so. But it bears repeating that all of us should be doing everything in our power to back Muslim women and men, like Saudi driving activist and educator Norah Al-Sowayan and her husband, Humoud al-Rabiah, who are fighting against the pathological use of honour, shame and sex to control women and girls in their country. Arrested, detained and harassed, the activist had, at home, her greatest supporter: her husband. “I was the one who taught her to drive!” he tells Ms. Zoepf proudly.

I understand deeply the pain of navigating such cultures as a female—and the lifeline that allies can provide. I was born in 1965 in Bombay, India, into a conservative Muslim family; my mother had to cover her face with a veil as a teen. I grew up in Morgantown, W.Va., where, in the late 1970s, a cousin told me that my high-school cross-country uniform was Haram, or illegal, because it showed my bare legs and arms. In the 1980s, I lived a secret life of the sort documented in “Excellent Daughters” by dating and hiding it from my parents.

In the 1990s, though, I married a Pakistani Muslim man because I thought I should. I came to regret the choice and got divorced, violating a profound cultural taboo. In 2002, in Karachi, Pakistan, covering the region post-9/11, I became pregnant. According to Pakistan’s Islamic laws of morality, I was a criminal because I wasn’t married. I left the country as soon as possible, and I decided to have my baby after I was long gone—and safe. The next year, the men at my hometown mosque told my mother and me that we were causing “Fitna” because we prayed in the main hall instead of in a segregated balcony for “sisters.” We refused to leave the hall.

Had it not been for the love and support of my parents, I might have given up on Islam. But I believe we can live as “reform-minded” Muslims, as Ms. Zoepf writes, and work toward an Islam in which women can live with dignity and equality. The lives of so many depend on it.

Ms. Nomani, a former Journal reporter, is the author of “Standing Alone: An American Woman’s Struggle for the Soul of Islam.”