Debating Islam From Within

Diversity and Pluralism in Islam: Historical and Contemporary Discourses amongst Muslims

I. B. Tauris, London 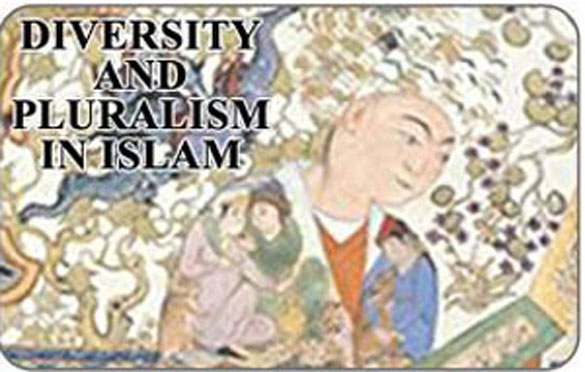 PLURALISM in our times is framed exclusively as a political question. The central question for political theorists, such as James Madison, particularly in the liberal tradition, was how to reconcile the different interests, convictions and religious groups. Tied into this was the question of power — theorists with an emphasis on pluralism were always concerned about the centralisation and monopolisation of power by any one particular branch of the State.

Apart from political theory, the question of pluralism is frequently raised when discussing the question of multiculturalism in Germany or the state of religious tolerance in Pakistan. Needless to say, pluralism has become a buzzword in our post 9/11 social context, one that is frequently associated with discussion on Islam and Muslims.

Thus, Diversity and Pluralism In Islam edited by Zulfikar Hirji, in association with the Institute of Ismaili Studies, is a refreshing read, but it certainly represents a very heavy read. However, one of the strengths of the book is that it is divided into multiple sections which reflect its scope and nature, covering everything from Islamic art to contemporary American Muslim identity, and theological and legal discussions of pluralism. Needless to say, a simple book review cannot do justice to the coverage of the book.

In one aspect, however, the book should be seen as a nuanced and contextualised reading of the Muslim response to the question of difference in various fields. At times it reads more like an intellectual history of Islamic traditions, and is markedly different from other books on the topic which generally focus on the theological dimension of pluralism. The historical narrative of the book aims to rise above the polemic of contemporary discussion by seeking a descriptive rather than a prescriptive account of pluralism in the Islamic world. It refuses to whitewash history dealing with uncomfortable questions of sectarian violence but it also points to positive developments by citing contemporary experiences in the United States and France.

One chapter, that of anthropologist John Bowen, is particularly brilliant. In his essay, “Justifying Islamic Pluralism: Reflection from Indonesia and France”, Bowen covers a tremendous amount of ground, citing the progressive tradition of Indonesian Islamic jurisprudence by discussing the works of Professor Hazairin, while also analysing the juristic arguments of Tariq Ramadan and Yusuf al-Qaradawi. It is this level of quality that is sustained relentlessly throughout the book, painting a deeply complex picture of the versatility of Islamic thinking — not only of the past, but also of the present.

Another chapter, “Being One and Many Among Others” focuses on the evolution of different Islamic communities in the South Asian context, trying to challenge the notion that terms such as ‘Islam’ and ‘Hinduism’ are fixed social categories that are often put into inevitable collision and conflict. The subcontinent has often produced religious movements and ideas that do not fit easily into neat homogenous religious denomination, given the cross-religious and cross-cultural contact and interaction between different communities. One such example given in the book is Inayat Khan’s Sufi-inspired movement that began in 1910; initially it started out with a deep philosophical attachment to Sufism, which manifested itself in popular devotional Islam that has come to characterise religious practice in the subcontinent.

However, later on Khan’s movement became more distinct, drifting away from orthodox and traditionalist conceptions and constructions of Islamic belief into a totally distinct movement known as “Universal Sufism”, which ultimately came to transcend Islam. In addition to the spiritual fluidity of such movements that bring traditional orthodoxy into disrepute, the political question of uniformity amongst Indian Muslims is also discussed. The author describes how intra-religious conflicts within Indian Muslims are often downplayed to present an image of unity, to portray a sense of religious sense and solidarity against an imagined and monolithic construction of Hinduism. Juxtaposed to this is some insightful commentary on Gandhi’s own religious pluralism with emphasis on a seldom discussed chapter of his early life. This chapter of Gandhi’s life focuses on his involvement with the Pranami sect that espoused the ideas of tolerance and passive resistance that Gandhi later energised into political struggle. What is interesting is that the author mentions that the Pranami sect’s own holy book describes the religious affiliation of the movement not as Hindu or even Pranami (which is the label used today) but rather as Islamic. Such are the movements that confront us to examine the “limits of labels such as ‘Islam’ and ‘Hinduism’.”

The Orientalist caricature of Muslims reclining in slumber, allergic to internal discussion within the religious community is thoroughly shattered. In many essays, it is clear that Muslims actively discussed, developed strategies and methods of not only defining “difference” but also of managing it. Defining the boundaries between different schools of legal thought or expressing “difference” through art, poetry or spirituality are just a few examples of this discussion.

But more than theological or political discussion this book is primarily a work of anthropology. And in this vein, it consciously recognises the recent works of Ernest Geller, Talal Asad, Akbar Ahmed and Daniel Varisco, and with the introduction provides a succinct but astute critique and description of these different conceptual approaches used to study Muslim societies.

There are essays in the book that are perhaps too academic for a lay reader. But the essays that offer us commentary on contemporary Muslim discussions in countries like France are invaluable, providing a scholarly alternative to the poor superficial analyses that one sees in a deeply partisan and ideologically polarised media.

Having said that, one has to appreciate this book as a much needed corrective to the imagined totalitarian unity of the Ummah that zealots and Islamophobes are only too happy to peddle in service of their own ideological agenda.