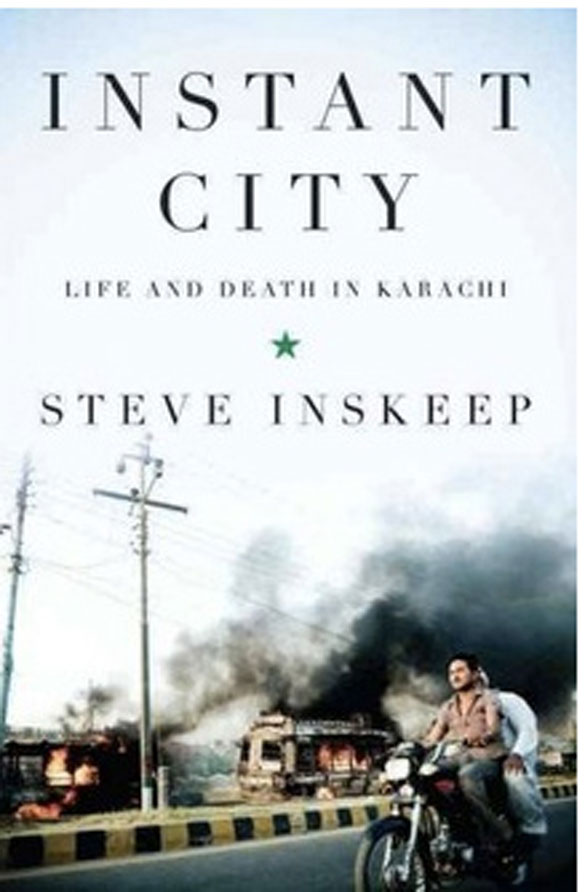 This is ostensibly the “story of a single day in Karachi’s life” — a city that remains in a violence-induced stupor for the most part of the year now. The choice of the day is perplexing since it happens to be the Ashura (10th day of Muharram) incident circa 2009 when a bomb ripped through a procession and ensuing violence ripped apart the community. High-profile tragedies like the one chosen to be this book’s centerpiece have complex backgrounds, and unresolved endings. Isolating a single bloodcurdling note from a lavish production can be restrictive. Here, however, life and death are constants — one brings the city’s narrative to a standstill but also spawns multiple plotlines — and as the writer will demonstrate, not all with tragic beginnings.

Steve Inskeep is the host of NPR’s ‘Morning Edition’ and recipient of the 2006 Robert F Kennedy journalism award. His quest, it appears, is to understand a city through its violent history where death is a recurring motif and resilience is the base colour. This unorthodox approach invites readers inside the epicentre of an ethnically torn heartland, to a venal world where many might fear to tread and few would want to. It helps unearth the different faces of (political, religious, ethnic) terror and the numerous challenges of living in an instant city — viewed as being “stable in a massively unstable way”.

His debut novel takes advantage of this convoluted design to explore an unstable compound in various stages of development — the Karachi that could have been had General Ayub Khan’s specially imported Greek planner prevailed and the Karachi riven by divisions — in the clutches of land grabbers and political thugs.

But other sounds filter through — whispering about the city’s early dreams based upon a “scientific study of human settlement” and the present day nightmare inspired by some dystopian novel. Some emanate from the former mayor’s “office full of dreams” — rush past the airport road once envisioned as the “Champs Elysée of Karachi” and now a signal-free corridor and fall into silence upon seeing its unrealised grand ambitions gather dust (Pg 164). Others reveal the intricate make-up of an instant city showing how “everything that makes it vibrant also makes it violent” admitting that “swift disorderly growth creates room for corruption and organised crime”.

The Karachi that Steve Inskeep encounters with its witch’s brew of problems, obfuscating officials and rich heritage thrives in the midst of this horror. The jump back in time to the city’s “short but crowded past” — combined with a striking cameo courtesy of its murky underworld is topped off with a generous mention of the city’s irrepressible spirit and its spiritual centre.

In this compassionate group portrait of thirteen million odd citizens, one can find the peculiar characteristics shared by the typical Karachi-wala living on the edge and governed by fear — that of finding amusement in the grimmest of circumstances.

This intense study builds upon the oft repeated tale of power and perfidy, mixing pathos and sly humour to eviscerate, empathise with, divine, and contemplate. The stories featured here underscore the threats to the world’s rapidly growing metropolis Steve refers to as a listening post that can take in a global conversation.

There have been other incidents before and since the Ashura bombing — enough blood and gore to cripple any infrastructure -- but the writer circles back to that one day searching for interconnecting tales of murder and mayhem to delve deeper into the very heart of darkness.

While seeking the pulse of a modern city with medieval leanings, he stops to find irony in the fact that “half the inhabitants...of a nation founded by a lawyer live in the realm of the extralegal”. And, to discover what the post-partition drop from 51 percent Hindu to 2 percent really meant for a city that became less stable as it became less diverse.

Instant City pays homage to the common city, its architects of change idly walking past the ones of destruction. This then is a tale of two Karachis. Sadly, only one of them shows promise.

The reviewer is a freelance journalist who blogs at http://afrahjamal.blogspot.com.