Is a Muslim Caliphate possible today? 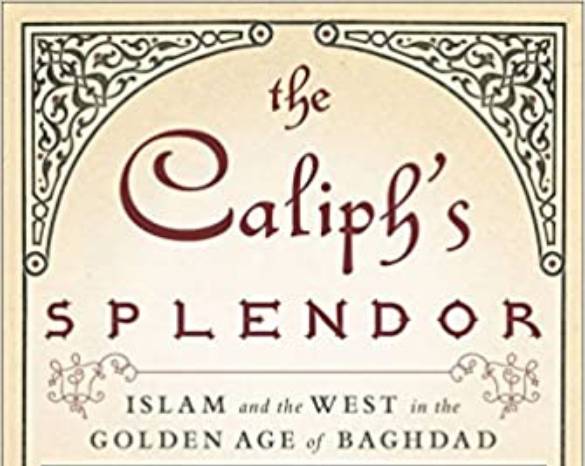 Muslim zealots have for a long time now been deluding themselves of establishing a global Caliphate. A Taliban “commander” in Pakistan was recently quoted as saying that his outfit would wage jihad until "the Caliphate is established across the world." This is not surprising because in his 2005 book Al-Zarqawi — al-Qaeda's Second Generation Jordanian journalist Fouad Hussein revealed that Al Qaeda had plans to declare a Caliphate by 2016 and impose it by 2020.

What is it about the Caliphate that makes the radicals so obsessed with the idea? Was it based on some Talibanish kind of ideology for Al-Qaeda to want it re-established? Anyone seeking answers to these questions is sure to find them between the lines of Benson Bobrick’s The Caliph’s Splendor. Although Bobrick’s may have written this book mainly to rid the West of its civilisational arrogance by documenting how it actually “reaped the harvest of what the Arabs had achieved”, there is enough material in his captivating account of Islam’s Augustan Age to examine the possibility of a modern day caliphate.

There can be no doubt that insofar as scientific, literary and philosophical development is concerned the immense contributions of the Caliphs, particularly Harun al-Rashid and his son Mamun of the Abbasid dynasty, constitutes one of the greatest Golden periods in human history. The Caliph’s Splendor is a touching tribute to the colossal accomplishments of Harun and his son’s inclusive Caliphate (and to some extent the equally grand Ummayad Caliphate in Spain) in almost every field of human endeavour which were later to bring Europe out of its Dark Ages.

Bobrick lists outs these achievements in a fitting epilogue titled Turban and Cowl and asks, “Is there any aspect of life it [Islam] has not touched?” He answers it himself saying; “…by trade, diplomacy, war and other forms of engagement the abstract learning and practical achievements of Islam had a tremendous impact on the West.” And as if to mock the West Bobrick makes a comparison between the tenth century “shabby towns” of London and Paris and “the most civilized city” of Cordova which contained - apart from 300 mosques - 200,000 houses, 50 hospitals and 70 libraries (the biggest one among them boasting a collection of 225,000 books!). It is not surprising therefore that in Cordova “every boy and girl of twelve was able to read and write - at a time when the barons and ladies of Christendom were scarcely able to scrawl their names.”

Bobrick also mentions how the House of Wisdom (Bait al-Hikmah), established in Baghdad by Mamun, advanced original research in every field, especially geometry, astronomy, zoology, geography, chemistry, mineralogy, and optics. To illustrate the importance Abbasid Caliphs gave to acquiring knowledge Bobrick cites the offer of 2000 pounds of gold and “eternal peace” made by Mamun to Byzantine Emperor Theophilus for a Christian scholar named Leo the Mathematician which of course was promptly rejected. Interestingly, Mamun’s period was also the time when Muslim rationalism was at its peak, a fact left out by Bobrick for some reason.

But Bobrick does note with a sense of amazement how immigrants of all kinds including Christians, Hindus, Persians , Zoroastrians and many others were “welcomed in an ecumenical spirit” to stay in Baghdad which also contained ethnic quarters for Greeks, East Indians, Chinese and Armenians. The Jews too had their own suburbs. Indeed, Baghdad had ten rabbinical schools and twenty three synagogues and a Talmudic institute which “helped disseminate the rabbinical tradition into southern Europe! Not to mention the churches and monasteries of the Jacobites, Nestorians and various other religious sects and mystical societies such as the Mandeans, Sabians, Manicheans and Sufis. Bobrick’s chapter on Baghdad is an absolute treat to read.

The aforementioned remarkable aspects of the Caliphate together constitute the first reason why militant evangelists of a modern-day Caliphate will not be able to realise their dreams. For how could fanatical puritans ever think of presiding over a social order that is founded on the Quranic principles of reason, logic, education, scientific inquiry and religious equality?

The second reason why a global Caliphate is difficult to establish is the moral inappropriateness of emulating – to paraphrase Bobrick – “the intrigue, betrayal, depravity and violence worthy of the Roman Empire’s darkest days” that characterised the Caliphate. Barring the glorious 30-year Caliphate of Companions Abubakr, Umar, Usman and Ali (known as Khilafat-e-Raashida or the Rightly Guided Caliphate) no Muslim political rule measured up to the standards laid down by the Quran and the Prophet. The Quran had advised Prophet David while appointing him a “Caliph on earth” (khalifatan fil arz) that he should establish a just rule and not go astray by following his whims (38:26).

However, Syed Amir Ali writes in his A short history of the Saracens that “with the establishment of an autocracy under Muawiyah”, the founder of the Damascus-based Umayyad Caliphate, “the revenues of the empire became the private property of the sovereign, and subject to his absolute control.” But the Umayyad chicanery pales into insignificance when compared with the brutality of Abbasids who when they overthrew the Umayyads massacred the entire Umayyad House. Even the tombs of the dead Caliphs were ransacked and “their bones burnt and scattered to the winds.” Bobrick narrates how the first Abbasid Caliph, Abul Abbas, “held his victory feast on a field full of corpses which he covered with a heavy carpet, like a table cloth.”

Harun al-Rashid too in an act of ruthless ingratitude beheads, suspecting infidelity and political ambitions, his close friend and confidant, Jafar al Barmak and incarcerates the entire Barmak family despite it being single-handedly responsible for his becoming the Caliph. Continuing the tradition of mistrust and treachery, Harun’ son Amin tears up the succession agreement he had signed in the holy precincts of the Kaaba in the presence of his father and several witnesses, and declares war on his brother Mamun only to get defeated and brutally killed. Bobrick also makes a mention of the Abbasids’ belief in astrology and horoscopes in clear violation of Islamic precepts, and their hedonistic pursuits which include erotic poetry, music, late night drinking sessions and extra-marital concubinage. Perhaps this degeneracy was what Allama Iqbal had in mind when he wrote:

Let me tell you about the fate of Muslim nations

They begin with war and end in sensual indulgences.

Certainly this cannot be the type of Caliphate which any Muslim outfit would like to establish. In other words, Bobrick’s book unwittingly proves that even the Golden Age of Islam does not offer a prototype of the ideal Caliphate. And it is the belief of the Muslim laity and the ulema alike that the glory days of Khilafat-e-Raashida cannot be brought back as it would be too much to expect the world to produce pious, selfless men of the caliber of Abubakr, Umar, Usman or Ali.

Given this reality the only feasible option before the Muslims is to work towards the establishment of a just society free of bigotry, intolerance and violence on the lines of what the Prophet and the first four Caliphs did; and view with suspicion any ideological claim that promises them heaven on earth.