Islam, Islamism and Islamophobia: The Dilemma of Secular Muslims

Last week’s mass shooting at Inland Regional Center in San Bernardino has generated a climate of fear for Americans. Leaders like Donald Trump have asked for a “total and complete shutdown” of the entry of Muslims to the United States until the United States country’s representatives can “figure out what is going on.”

This morning I also read a story in Vox citing statistics from a survey. The results were pretty startling. Nearly 74 percent Republicans and 45 percent Democrats believe that Islam is incompatible with American values. Here is an info graphic: 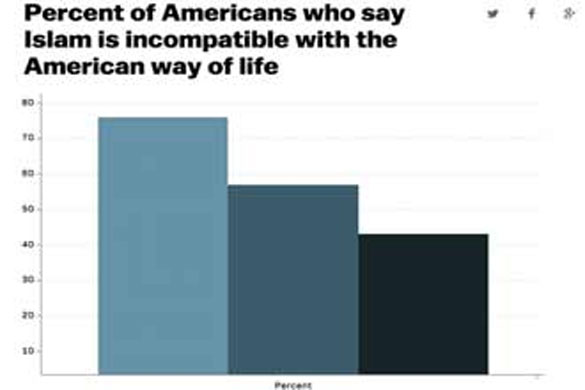 Such surveys are often contentious due to methodological issues. However, commentaries in the mainstream media and reports of fear in Muslim community make it clear that these are difficult times.

I recently arrived in the US escaping Islamists in my own country. As a secular Muslim, I am perturbed. I believe that Islam needs reformation and have written in detail about the prospects of such a movement.

Today I tweeted about these issues. I am posting them here:

Survivors mourn the loss of their loved ones in the California shootings. (Photo: AP)

•Last week in a communication class I spoke about how the entertainment industry influences views on politics and the ‘other’ not just the news media.

•I showed clips of ‘Zero Dark Thirty’ and ‘American Sniper’ to students & then sought reactions: Both films subtly ‘otherise’ and stereotype.

•Lots has been written by American academics and commentators on the image of Arab etc, but it has become more intense and polarised.

•If social media is a major tool for jihadist propaganda and recruitment, it is also a key influence on shaping ideas about (violent) Islam and Muslims.

•Check out internet searches on what Islam is and you will find out what’s there to ‘educate’ & inform. Lots of hatred and calls for vengeance.

•Jihadists use dark corners of the internet to build their networks and recruit online. We don’t even know the extent of that. It’s a challenge

•The shift of public opinion to right wing in Europe and now in the US did not happen overnight. It has been brewing and social media has a role

•Huntington’s thesis was always full of holes but it seems that the so-called ‘civilizations’ are trying hard to prove it valid and true. 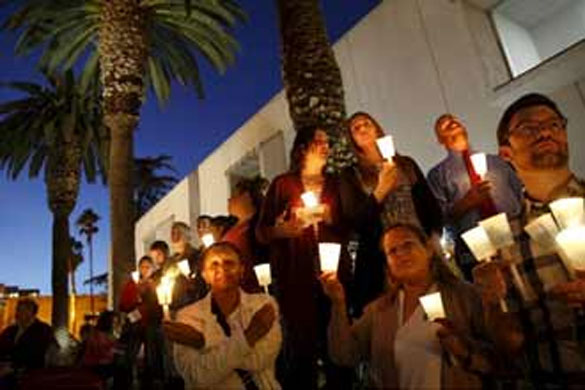 •Violent ideologies branded as ‘pure’ Islam are linked to Saudi orbit, billions invested there. Few mention that in US elections debate.

•An ordinary Muslim in US, France & UK will pay the price of rising tide but the Gulf kings will continue to be ‘allies’ and arms purchasers

•Bombing X Y or Z a short term solution. Even after 14 years no lesson learnt.Key step is to choke Gulf funding, official and private, into radical thought.

•Muslim profiling is not a religious issue. It’s a human rights’ issue. Even ex-Muslims will be branded as same for their name/colour/accent.

•Imagine if I am an angry person out to avenge the ‘violent’ Muslim’ will I ask him: “hey are you an ex-Muslim or a practising one”? NO

•This is why poor Sikhs have been attacked in so many places for their beard/turban. They are not even Muslims but ‘look’ the same.

•NB:I am no ‘apologist’. I called out hate-filled mosque sermons/narratives on Pak television and paid a price for it. Hate is unacceptable.

•I have always said Muslims have to reform their theology and outdated man-made jurisprudence. Forget the West, its important for our societies.

•While we should oppose Muslim profiling underway, we cannot be blind that so many are being influenced by Salafi and other purist ideas.

•Time for all rational Muslims to stand up and reject and challenge violent supremacist mindsets that have killed more Muslims than non-Muslims!

I will end with what I wrote last year after Charlie Hebdo attacks:

This is the time for introspection and self-correction, not exorcising the ghosts of the past and injustices of the present. Only Muslims can do it themselves.