For the majority of us tolerance is not something we are born with. Intolerance, on the other hand, seems to come to us naturally, like aggression or desire, and manifests against that which is different or against our vested interests. 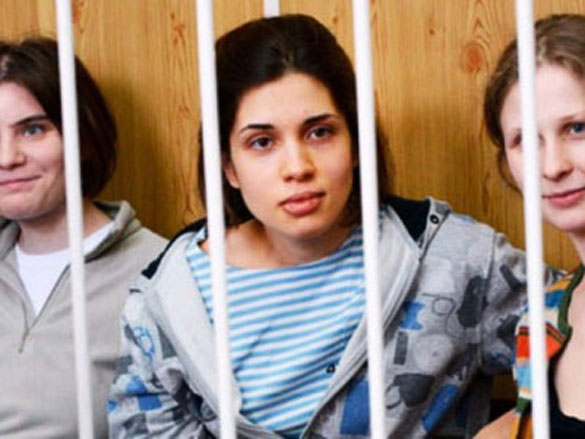 To Pakistan, the story of intolerance is not new – we persecute any one whose beliefs are differentness from the mainstream ones. However, recently I stumbled upon a story from Russia, which reminded me starkly of my own country, Pakistan.

Russia, hardly a bastion for modern western democracy, is currently facing its own challenges in dealing with intolerance in the shape of a blasphemy case. Three members of a punk protest band called ‘Pussy Riot’ are facing trial for hooliganism motivated by religious hatred or hostility. They could face sentences of up to seven years.

Their crime was to take to the altar of Moscow’s Christ the Saviour Cathedral and sing an obscenity laced song calling for the Virgin Mary to “throw Putin out”. The head of the Russian Orthodox Church, Patriarch Kirill, declared the act blasphemous and part of a sinister anti clerical campaign. Spokesman Archpriest Vsevolod Chaplin didn’t mince his words when he said:

“For Orthodox Christians, their holy places and holy names are the most precious things in the world. You know very well how explosive were the acts of burning the Quran. And I am deeply concerned about the future of any society in which extremely divisive actions are ignored.”

The three members, all girls, were arrested in March this year and have remained in detention ever since, notwithstanding the fact that one of them has a four-year-old child.

Intolerance for blasphemy – sounds starkly familiar to Pakistan doesn’t it?

However, this is where the similarities end.

Whilst arguments abate about the real reasons for this prosecution – whether it really is blasphemy or a crackdown by President Putin against dissension – one thing the three will at least have had is an opportunity of presenting their explanation in the form of a trial. It will admittedly be scant consolation should they be acquitted but at least they will have been heard at the very least.

In Pakistan, many are not allowed the same luxury – he luxury of being heard.

Recently, in Bahawalpur, Punjab a man, said to be mentally unstable, was burnt to death for allegedly burning a copy of the Quran in public. This was after the police had detained him with a view to investigating the complaint. Before they could do that, thousands of angry people surrounded the police station and demanded for the man to be killed. They then dragged him away and reportedly poured petrol on him and set him on fire. The police have now instead registered a case against the unknown attackers. Clearly, a serious allegation had been made and the police were going to look into it. But that did not happen. The matter was taken out of their hands and placed into the hands of those who felt they knew better.

What cannot and must not be allowed to happen is people taking the law into their own hands to dispense their brand of justice.

As one legal jurists said,

“It is better for ten guilty men to be freed then for one innocent man to be jailed.”