Islamabad’s Lal Masjid is once again in the limelight after its deposed firebrand Khateeb, Maulana Abdul Aziz, made another move to ‘take over’ the premises. He entered the mosque with nearly 200 female students, some three weeks ago amidst weak administrative oversight. 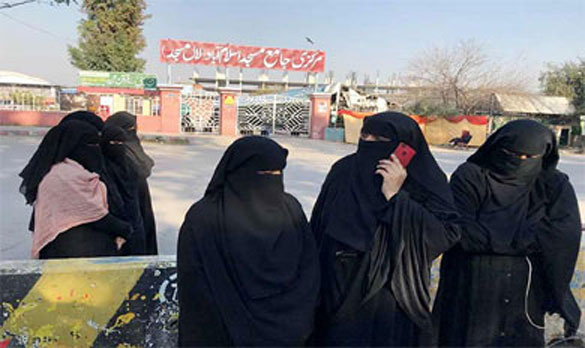 Once again, a site of contention. — Photos by the author

Aziz was deposed by the Musharraf government during the siege of Lal Masjid which lasted from July 3 to July 11, 2007. He left the state-administered mosque following allegations of propagating hate speech and extremism. Since then Aziz has been running a small mosque in G-7, whilst demanding the construction of Jamia Hafsa at its appointed site in H-11 area, Islamabad. In April of last year, the government sealed the site and replaced Aziz as the Khateeb.

Recently, the district administration transferred the last Lal Masjid Khateeb Amir Siddique – considered a political opponent of Aziz – without immediately appointing a successor. This created an excellent opportunity for Aziz to enter the mosque, lead prayers and give a Friday sermon, for two weeks without the administration having any inkling. After concerned voices were raised, the administration cordoned off the mosque and asked Aziz and his escort of female students to leave. He plainly refused to do so. Negotiations began, and it was reported that a deal was being reached, where by Aziz would be allocated a suitable place for his seminary in return for leaving the mosque peacefully. The deal, Aziz claimed was “vague” and unacceptable.

Lal Masjid saw a severe military operation in 2007 after Aziz and his brother Abdul Rashid Ghazi were seen promoting extremist ideology. Their female vigilantes attempted to forcibly close massage centres in the capital. Lal Masjid vowed to enforce Shariah and a strict model of Islam across Pakistan. Dozens of seminary students, as well as Rashid were killed during the operation. The military also ended up demolishing seminaries adjacent to mosque – Jamia Hafsa (a seminary for women) and Jamia Faridia (a seminary for boys) linked to his hardcore Deobandi ideology. The brothers have publicly supported Tehreek-i-Taliban Pakistan, an organisation declared officially as a terrorist outfit and involved in attacking public places across the country.

The cover photo of a new Facebook page of Lal Masjid, created by Aziz and his students, claims the mosque as “the symbol of struggle against [a] modern day Pharaoh and its authoritarian system”.

“This is our mosque. We have rendered sacrifices for this place. Our companions were martyred here. This place has immense importance for us. Why should we leave this place,” Shalwar-Kamees clad Aziz tells The News on Sunday, speaking calmly and softly while sitting on the floor of the mosque. He seems quite clear about his mission. “Why do they want to remove me from here? What is my crime? Why can’t I come to this mosque and lead prayers and deliver sermons?” he asks. When asked about allegations of hate speech, he says, “All politicians engage in hate speech against one another on TV talk-shows every evening, but nobody cares. I do not promote hatred, but yes I do speak against the system and call for the enforcement of Shariah. Even then we have never said, Yeh Jo Dehshat Gardi Hey Iss Kay Peechay Wardi Hey but political and other parties are chanting these slogans everywhere.” He vowed to deliver Friday sermons in Lal Masjid while he lives. When asked whether this situation could lead to conflict with the state and the administration, he smiles and says that “a conflict has its own benefits, it promotes knowledge and understanding.”

“It has been six-seven years now that we have been pushed to the wall. Why? For how long? They destroyed our homes, seminaries, and mosques. It is our right to fight for our due,” he says, adding, “I want to be back here and I want Jamia Hafsa to be reconstructed here.” Aziz says the success he seeks for his mission is not possible at any place other than Lal Masjid. “Lal Masjid has become the symbol of our mission and ideology. When we say something from here, the whole world listens. You can appreciate the value of this place. The government can tolerate me anywhere in Islamabad, but not this mosque. When I give sermons in a small mosque in G-7, nobody cares but when I speak from here, everyone listens. Musharraf wanted to eliminate us, but by targeting us and causing the Lal Masjid tragedy, has caused our numbers to swell by the thousands”, he believes.

According to Aziz, an alternative site for the construction of Jamia Hafsa is not a condition he is willing to accept. “First, they allotted space in H-11, we spent a huge amount of money there, and now all of a sudden, the government says that the Supreme Court has cancelled the allotment. How is that possible?” he asks.

On the flipside, the administration has again cordoned off the mosque following Aziz’s refusal to leave the premises. “We will do our best,” a senior police officer told TNS, “at the moment, we are ordered to surround the mosque and not allow people to enter.”

Aziz belongs to a hardliner Islamic school of thought, who believes in armed jihad and waging war in order to enforce and expand their model of an Islamic Shariah-based system. He justifies the December 2014 attack on the Army Public School Peshawar by TTP, by saying that “every action has a reaction”. He says it was a reaction to state policies and actions against militant groups allying with the United States in the War on Terror. Muhammad Abdullah, the first Khateeb of Lal Masjid had openly advocated jihad in the Soviet-Afghan war, during the era of military dictator General Ziaul Haq, who himself was considered quite close to Abdullah who hailed from Rajanpur. Following the assassination of Abdullah in 1998, the administration appointed Aziz as its official Khateeb. The mosque, which has been a symbol for jihad and extremist views for many years, now, is considered a symbol of resistance against the military establishment’s policies of disowning militant groups previously nurtured by the state.

“Aziz will continue in his efforts to take his old place. He has previously been doing this as well,” political and security analyst Zahid Hussain observes, adding, “Actually, these elements have always gained space because of political appeasement.” He recalls that after the operation in 2007, when Pakistan Peoples Party came into power its leader Asif Ali Zardari relaxed his policy for Aziz and Lal Masjid on the persuasion of his political ally Fazlur Rehman, who leads the biggest Deobandi political group Jamiat Ulema-i-Islam (Fazl). He says, Chaudhary Shujaat Hussain also extended support to Aziz and the mosque after the military operation. Aziz also continued to appear on TV talk shows till he tried to justify the APS attack. 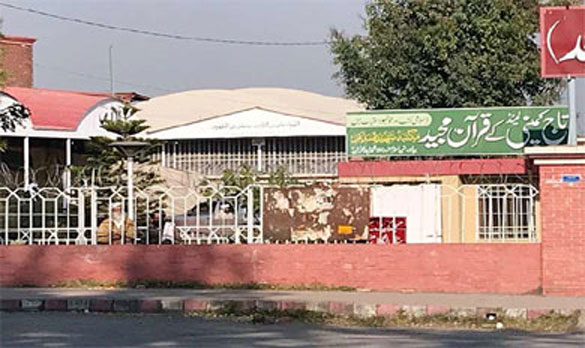 “We see continued political appeasement by several political groups, from time to time. Such groups have the open or tacit support of political elements that weaken the writ of the state; these are some of the reasons that religious extremism cannot be ended in Pakistan. “Without a clear approach we will continue to face standoffs like Lal Masjid and issues will continue to erupt and be dealt with temporarily, but not resolved permanently.”