While the whole world unites in the struggle to put an end to the COVID-19 pandemic, another scourge continues to spread unabated, morphing itself into death and destruction with few willing to even name it, let alone confront its lethal message of devastation. 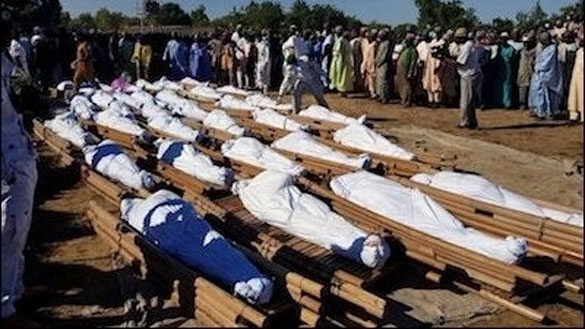 The bodies of 43 farm workers killed by Boko Haram are seen during a funeral in Zabarmari, Nigeria, on November 29, 2020. (Reuters)

I am referring to 'Islamist terrorism,' a form of deadly violence practiced by a segment of the Muslim community that views non-Muslims or 'Kuffar' as their adversaries if not enemies. This they believe has been ordained by Islamic Sharia and finds justification in passages of the Quran and the practice of Prophet Muhammad himself.

Just last week Islamist terrorists belonging to the Nigerian jihadi group Boko Haram attacked and beheaded transitory farm labourers in a slaughter that shocked the nation. AFP quoted locals as saying, "We have recovered 43 dead bodies, all of them slaughtered, along with six others with serious injuries."

Elsewhere in Africa, radical jihadis associated with ISIS beheaded 50 people in Mozambique, while last year the entire government of Mali, including the prime minister had to resign as Islamist terrorists linked to al-Qaeda reneged on a 2015 agreement leading to new havoc in the country. 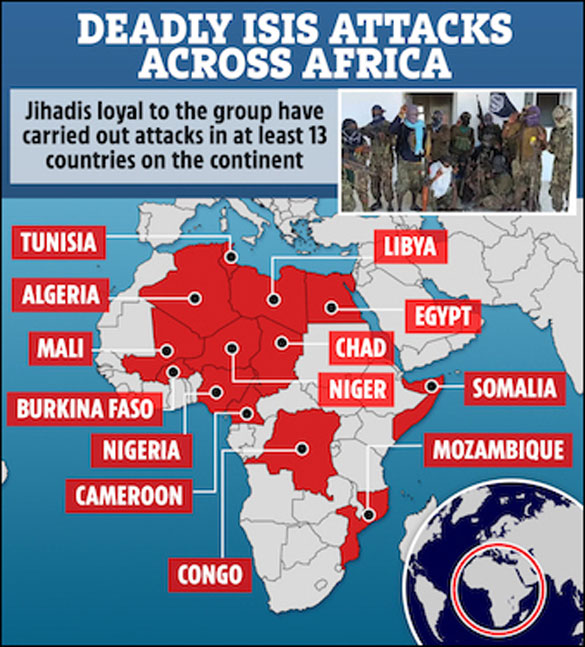 On Nov. 28 in Indonesia, the world's largest Islamic country, 'suspected militants' killed four Christian villagers, beheading one and burning their home. The country's national police spokesman Awi Setiyono quoted a witness as saying, "10 militants linked to a "terrorist" group beheaded one victim and slit the throats of the others on the island of Sulawesi."

Not to be left out, Afghanistan that has witnessed three decades of Taliban, ISIS and Pakistan-based terror, on Sunday witnessed twin suicide bombings that killed 34 people with scores injured.

The beheadings in Paris and Vienna do not merit a mention when compared to scores who have died and been maimed by my fellow co-religionists, including those who have me on a 14-member list of Muslims deserving death.

Yet, other than President Emmanuel Macron of France, no other national leader in the West has had the courage to call a spade a spade and utter the phrase "Islamist terrorism."

In Canada, I cannot recall any politicians other than former Prime Minister Harper warning about the threat posed by "Islamicism" and Conservative MP Candice Bergen who tweeted: "I spoke about the horrifying Islamic terrorist attack on Easter Sunday against Christians in Sri Lanka. Christians around the world need leaders in the West to protect them, not mock and ridicule them."

Macron, Harper and Bergen are up against an apologist left in the West who feign intellectual sophistry as they disguise their cowardice as wisdom, pretending to have a better understanding of the roots of Muslim indulgence in terrorism which allows these criminals scrutiny as they invoke victimhood even as they murder in the name of Prophet Muhammad.

In 2016, President Barack Obama told a town hall audience that he won't use the phrase 'Islamic terrorism.' He told a Goldstar mother, "These are people who've killed children, killed Muslims, take sex slaves, there's no religious rationale that would justify in any way any of the things that they do."

Then there are the Karen Armstrongs of the world, who in 2005 defended not referring to Islam-inspired violence as "Islamist terrorism" because, in her opinion, "The label of Catholic terror was never used about the IRA."

Islam is a religion that requires its followers to be in a 'state of Islam' as their moral compass. On the other hand, Islamism is the use of Islam as a political tool with the aim of creating an 'Islamic State', be it in Mosul or Medina, built over the edifice of defeated Armenians, Jews, Hindus and, of course, the West.

If we cannot agree to name Muslims prone to terror in their devotion to Islam as "Islamist terrorism" then we have already lost the game. The best people equipped to fight the Islamist ideology are fellow Muslims — and trust me, there are plenty of us.

Tarek Fatah is a Robert J. and Abby B. Levine Fellow at the Middle East Forum, a founder of the Muslim Canadian Congress, and a columnist at the Toronto Sun.

Original Headline: Who Will Utter the Words 'Islamist Terrorism?