Taliban Fatwa on Terrorism That Needs To Be Refuted: Circumstances In Which The Slaughter Of Common People Among Infidels Is Justified-Part 7

In view of this urgent need New Age Islam is reproducing an article from the Taliban mouthpiece Nawa-e-Afghan Jihad (July 2012). This is the 7thof a continuing article in this monthly magazine explaining why Wahhabis believe that killing innocent civilians – men, women and children - among infidels (all non-Wahhabi Muslims, ex-Muslims and non-Muslims including ahl-e-Kitab) is permitted in their version of Islam. It is imperative for all mainstream Muslims to realize the real, murderous nature of Talibanism, and unequivocally denounce this ideology on the basis of Quran and Sunnah for the sake of world peace as much as for preserving the good name of Islam. Those Wahhabis who do not subscribe to these extremist ideas generated by the founder of this sect, Mohammad ibn-Abdul Wahhab and his ideological mentor Ibn-e-Taimiyya should disassociate themselves with the sect completely. If you are Wahhabi not because you appreciate the intolerance and extremism of this ideology but simply because you abhor visiting Sufi shrines and showing respect to the Sufi saints, you must understand that you don’t have to be a Wahhabi to abstain from vesting shrines. There are many non-sectarian Muslims or even Muslims belonging to other sects who do not visit shrines but are also not Wahhabis. You don’t have to be a Wahhabi or Salafi to be a muwahhid. –Sultan Shahin, Editor, New Age Islam 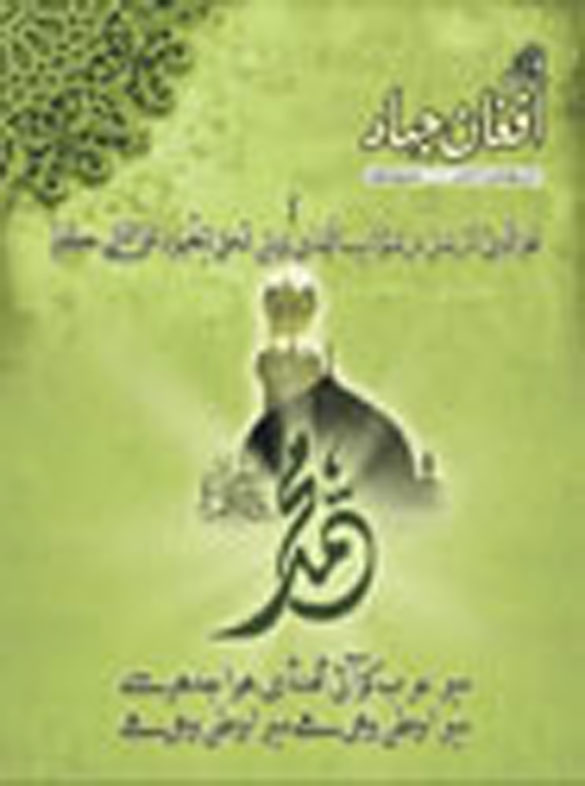 Quoting the unanimous opinion, Imam Ibn Qasim has written in Al Hashiya, “Ulema have agreed on the view that giving indirect support to jihad is synonymous with directly taking part in jihad.” He has quoted Imam Ibn-e-Taimiyya’s approval of the statement. He also quoted Imam Ibn Taimiyya saying, “The people possessing power and wealth who support the fighters are also considered equal to those actually fighting. Whatever applies to the fighters will also apply to them.  This religious judgment will apply to those who support the infidels in a war and these people include the innocent and weak (women, children and the old) whom we call civilians in modern times.

Today, the American civilians support their government in war. In America, the President takes a decision independently but every order is issued from the upper house whose members represent the common people. Thus, every member of the upper house represents the huge majority of people who have elected him and sent him to that position.  It’s possible for the American people to prevent the President from executing any decision issued on behalf of the him.  Similarly, it is also possible for them to put pressure for the execution of a decision which is in their interests. For instance, the American people exercised their powers to pressurise the president to withdraw the army from Somalia. It’s the American people who had elected the President with a huge majority.

The American people become aware during the election campaign of the future agenda and anti-Islam policies of their prospective president. Therefore, because of their voting him to power despite having prior knowledge of the plans and policies of their president will render them an accomplice in his actions. In his plans announced during his election campaign, President Bush had announced that he will leave the file of Balkan with the Balkanians and will focus on the military solution of the issues relating to Asia and the Middle East.

One of the arguments and justification for killing of the innocent people of the infidels is the  situation when in order to capture the forts and citadels of the enemy, the Muslims have to burn, drown or poison them or leave snakes, scorpions and other dangerous insects among them even if there is a possibility of the death of innocent people. Imam Bukhari wrote a separate chapter on the issue of burning date trees and houses in which Ibn Umar said that the holy Prophet (pbuh) burned the date trees of Bani Nuzair.

“Imam Bukhari’s writing a separate chapter on burning date trees and houses.... majority of ulema have accepted the argument in favour of burning them and also the justification of destructive activities in the enemy country whereas Imam Auza’ee, Al Laith and Abu Thur (R.A.) considered it undetestable and presented the argument in favour of his disapproval citing the tradition relating to Hadhrat Abu Bakr in which he said that all this (burning of date trees, houses etc ) should not be done.”

But Imam Tabari (R.A.) has countered this argument saying:

“This prohibition depends on intentionally doing it contrary to what they do during the war as happened as a result of deploying manjanique (cannon) in Taif and this is an answer similar to that which was given by the holy Prophet (pbuh) in connection with the killing of women and children and this is what other ulema have also held. This is the position on the issue of drowning too. Apart from Imam Tabari (R.A.), other ulema have also expressed their view that Hadhrat Abu Bakr issued the prohibition because he knew that those countries would be  conquered (easily)and so the resources of those countries could be saved for the benefit of the Muslims. Allah knows best.”

In his Sunan, Imam Abu Dawood has written a separate chapter on ‘Setting fire in enemy country’ in which Hadhrat Arwah reported that Hadhrat Usam told him that the holy Prophet (pbuh) had ordered me, “Make sudden attack in the morning and set them on fire.”

In his Al Mughni, Allama Al Qudama has said:

“During a war, they will not be burnt. If the enemy is won over, it is not legitimate to burn them. So far as I know, there is no dispute on it though Hadhrat Abu Bakr would order the apostates to be killed by burning and Khalid bin Waleed did so on his orders. However, there is no dispute today on the illegitimacy of killing by burning.”

URL of Part 6 of the Series: https://www.newageislam.com/radical-islamism-and-jihad/taliban-fatwa-on-terrorism-that-needs-to-be-refuted--circumstances-in-which-the-slaughter-of-common-people-among-infidels-is-justified-part-6/d/9527