Taliban Fatwa on Terrorism That Needs To Be Refuted: Circumstances In Which The Slaughter Of Common People Among Infidels Is Justified-Part 5-9-11 Massacre Compatible With Shariah

In view of this urgent need New Age Islam is reproducing an article from the Taliban mouthpiece Nawa-e-Afghan Jihad (July 2012). This is the 5th part of a continuing article in this monthly magazine explaining why Wahhabis believe that killing innocent civilians – men, women and children - among infidels (all non-Wahhabi Muslims, ex-Muslims and non-Muslims including ahl-e-Kitab) is permitted in their version of Islam. It is imperative for all mainstream Muslims to realize the real, murderous nature of Talibanism, and unequivocally denounce this ideology on the basis of Quran and Sunnah for the sake of world peace as much as for preserving the good name of Islam. Those Wahhabis who do not subscribe to these extremist ideas generated by the founder of this sect, Mohammad ibn-Abdul Wahhab and his ideological mentor Ibn-e-Taimiyya should disassociate themselves with the sect completely. If you are Wahhabi not because you appreciate the intolerance and extremism of this ideology but simply because you abhor visiting Sufi shrines and showing respect to the Sufi saints, you must understand that you don’t have to be a Wahhabi to abstain from vesting shrines. There are many non-sectarian Muslims or even Muslims belonging to other sects who do not visit shrines but are also not Wahhabis. You don’t have to be a Wahhabi or Salafi to be a muwahhid. – Sultan Shahin, Editor, New Age Islam 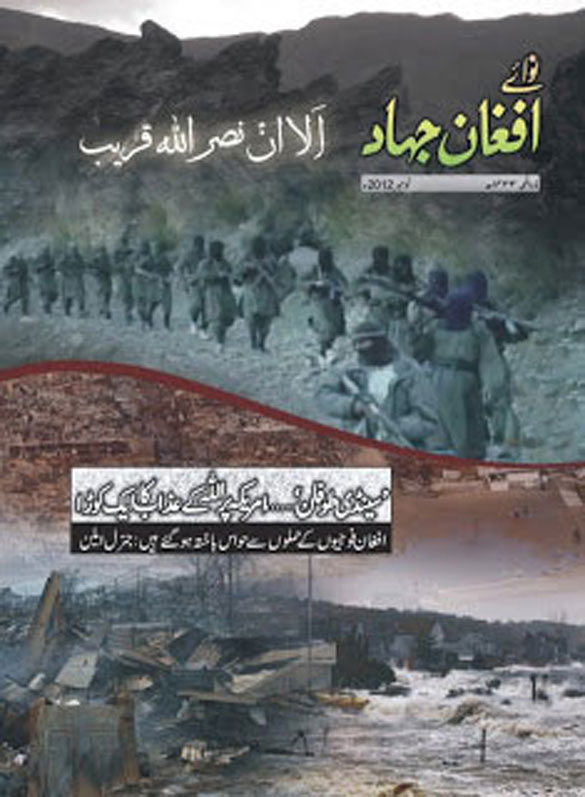 As we have already said that targeting the children, women and the elderly among the infidels is not permissible except in case of maslah. As for the matter of killing non-combatants intentionally, it will be appropriate to kill them when the combatants are confined in places or strong citadels with the non-combatants in such a way that a distinction between a combatant and non-combatant cannot be made.

A hadith that is narrated by As Sa’ab bin Jusama corroborates this stance. He said that when the holy Prophet (PBUH) was asked about the fate of the women and children of the mushriks during the nocturnal attacks by Muslims, he (PBUH) said, “They are from among them”.

The murder of the children and women of combatant infidels will be justified only when combatants and non-combatants cannot be singled out. Another tradition from the Muslim says “They are from among their fathers”. Majority of ulema agree that the children and women of infidels will not be killed intentionally but while killing their fathers, if they cannot be identified, they can be justifiably killed along with the men.

“He (PBUH) said that ‘they are from among them’. It means that according to Shariah, the intentional murder of children and women is not permitted but when they are mixed up with the men and it is not possible to reach the men without killing them then it is permissible.”

“The hadith we have presented as a justification for the killing of children and women of mushrikeen during attacks at night is our faith and that of Imam Malik and Abu Hanifa and the majority. ‘Al bayat’ and ‘yabitun’ suggest that when the attacks are made at night and the distinction cannot be made between men, women and children. This hadith presents argument in favour of nocturnal raids and attacking those whom the message of Islam has already been conveyed (and they have not accepted it: translator).

“Killing children and women at their homes during attacks at night is permissible only in case they are not specifically the target. To kill and defeat the infidels, killing their animals is permissible as there is no dispute over it.”

He further writes in Al Mughni:

“Attacking the infidels and killing them at night and destroying their crops is permissible. Imam Ahmad bin Hanbal said that there was no restrictions on nocturnal raids as the raids on the Romans had been carried out only at nights. Imam Ahmad further said that so far as he knew, no one had ever considered it detestable to carry out attacks at night. Sufiyan narrated to him quoting Zahri, he quoted Abdullah bin Abbas, he quoted As Sa’ab bin Jusama who said that when the holy prophet (PBUH) was asked about the attacks on the infidels at night in which women and children were also targeted, he heard him (PBUH) say, ‘they are from among them’. Imam Ahmad said that this hadith is testified.”

So, we can say that the holy prophet (PBUH) forbade killing children and women. This proves that if any one intends to kill children and women specifically, it will not be permitted. He further said that the hadith narrated by As Sa’ab came after the hadith forbidding the killing of women because the prophet (PBUH) had forbidden the killing of women when he had sent the messenger with the message of Islam to Ibn-e- Abil Haqeeq and the inference cab be drawn from the two hadiths that the prohibition should be applied to the intentional killing while the justification of killing should be considered unintentional. It is clear here that when the prophet (PBUH) was inquired about the killing of children and women during night attacks, he (PBUH) did not ask about the volume of the need that compelled the holy warriors to carry out the attacks at night so that he (PBUH) could grant them permission to kill the children and women among the infidels in the light of the need whereas the Shariah rule says:

“Not seeking the details in tricky situations renders the statement general in nature.”

Therefore, the statement of the holy prophet (PBUH) in which he said ‘they are among them’ renders it permissible for the Islamic army to make sudden assault when they find it imperative, mindless of the killing of children, women and the elderly in the process even if there is no urgent need to carry out the raid because the motive for which the killing of children and women during night attacks was pronounced permissible was mainly the need to weaken the enemy and break their defensive system and that can be achieved only with the killing of their men and destroying their citadels regardless of the fact that non-combatants may also be killed in the process.