Dhaka Attack: Facing The Challenge Of Zakir Naik, Will Ulema Rise To The Occasion?

Mumbai-based Muslim preacher, winner of prestigious Shah Faisal Award from Saudi Arabia, Dr Zakir Naik, is in the news again. This time for having influenced two of the Dhaka terrorists. This very popular televangelist is known to have also influenced other terrorists: Iqbal Bhatkal, the mastermind of the 2006 Mumbai train blasts in which 209 people were killed and over 700 injured, Safdar Nagori and other Indian Mujahedin militants, Glasgow suicide-bomber Kafeel Ahmed, 2006 Mumbai train-bombing accused Feroze Deshmukh, and New York taxi driver Afghan-American Najibullah Zazi, who pleaded guilty in September 2009 for planning to attack the city's Grand Central Railway Station. 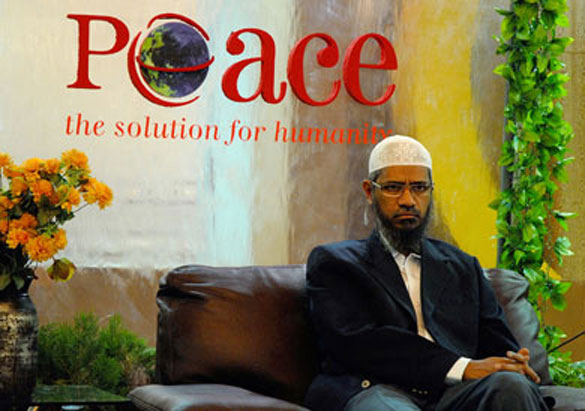 What makes Dr. Naik so influential among millions of South Asia is his forthrightness. Unlike other preachers, he is not seen to be mincing his words. No other preacher, not even Maulana Abdul Aleem Islahi of Hyderabad, the other inspiration behind Indian Mujahedin, has had the guts to openly defend Osama bin Laden and Al-Qaeda, though many ulema like him admired Bin Laden and some even participated in his funeral prayer in absentia after he was killed. “If he [Osama bin Laden] is fighting the enemies of Islam, I am for him,” Naik said in a widely watched 2007 YouTube video. “If he is terrorizing the terrorists, if he is terrorizing America, the terrorist, the biggest terrorist, I am with him. Every Muslim should be a terrorist.”

It has become difficult for the last several years to criticise Zakir Naik in tens of millions of South Asian Muslim homes either in the sub-continent or abroad. What would shock a normal rational human is what makes him so loved. Sample a few:

“People in the west eat pork and hence behave like pigs. Pigs are the only animals in the world that invite their friends to have sex with their partners. Westerners also do the same.”

“Quran allows Muslims to have sex with female slaves.”

“The only requirement for marriage in Islamic Sharia is that girl and boy both must attain the age of puberty that can occur at age 12, 11 or even 10.”

"Because she (Prophet Mohammad’s youngest wife Aisha) was mature, intelligent; scientifically, medically Islamically, marriage consummated at the age of nine is perfectly fine Alhamdulillah." (This completely disregards accounts that Hazrat Aisha was 19 or at least 12 at the time of marriage.)

“we (Muslims) know for sure that only Islam is the True religion in the eyes of God. … Therefore … we do not allow propagation of any other religion.”

“Bible has pornography, teaches how to rape and how to even gang-rape.”

But Naik is most popular for his staged acts of conversion shown on television. He is considered an expert in comparative religion, as he quotes chapter and vase from other religious texts, but actually he is an expert in denigrating other religions. This satisfies many Muslims’ sense of Islamic superiority over other religions, a sort of instinct that has evolved over a millennia and a half under the influence of supremacist, exclusivist theologians.

Our focus should not be so much on Zakir Naik as on the question: why and how he has so easily succeeded in radicalising millions. Saudis and ahl-e-hadithis have only provided him logistical support. In my view the reason he has succeeded is that he is not saying anything new. He is using the theology of consensus, the same theology that is taught in universities and madrasas of all schools of thought.

His distinction is in the presentation, using modern means of communication. He is reaching those who did not have access to this theology before.

That is why ulema cannot oppose him or other militant Islamic preachers. Sufi-Barailvis and even Deobandis have tried. They are angry because he has exposed their hypocrisy.

They quote contextual, war-time verses from Quran. They quote dubious Hadith, the so-called sayings of the Prophet.