Taliban’s Jihadist Ideology Towards Liberal Institutions, Minorities And Women Has Not Changed

In the spring of 1996, the Taliban, who had taken southern Afghanistan under their control, organised a conference of their fighters, commanders and mullahs in downtown Kandahar. The city hosts one of the holiest shrines in the country —The Shrine of the Cloak of the Prophet Mohammed, which keeps a robe that Afghans believe was worn by the Prophet. Very rarely has it been shown to the public. Those who had assembled before an old mosque in central Kandahar were clueless what they were going to see. Then Mullah Mohammed Omar appeared on its roof, with the cloak in his hands. He held it aloft before the cheering crowd, who named him ‘Amir ul-Momineen’, the commander of the faithful. 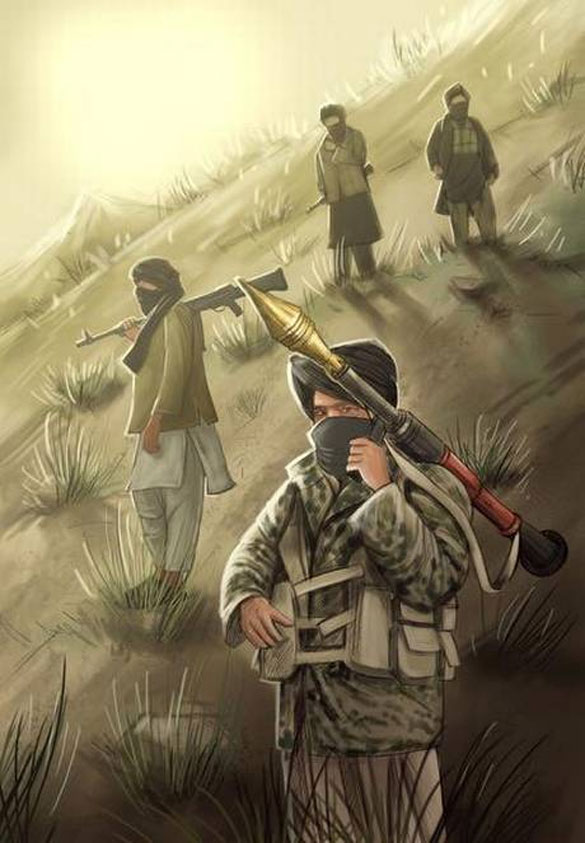 Omar appeared with the relic at a critical juncture of the Taliban’s history. The militants had not reached Kabul yet. The rank and file were divided on whether the Taliban, consisting of mainly madrassa students, should take the war to the capital. But what happened in Kandahar, as Steve Coll wrote in his profile of the Taliban leader in The New Yorker, was Omar’s “coronation” as the leader of the most powerful insurgency in the country. The Taliban would capture Kabul within a few months and establish the Islamic Emirate of Afghanistan.

Omar would rule most of the country for the next five years. Overthrown by the U.S. in 2001 following the September 11 terrorist attacks, the Taliban would retreat to the mountainous hinterlands of Afghanistan, while their leadership crossed the border to Pakistan. The war continued, killing hundreds of thousands of people, and wounding and displacing many more. Almost 20 years after they lost Kabul, the Taliban are now controlling almost half of the

Pakistan, rattled by India’s growing influence in post-Taliban Afghanistan, played a double game — it joined the U.S.-led war on terror, while at the same time helping the Taliban

country. Earlier this year, they reached an agreement with the U.S. as part of which American and other international troops would withdraw from Afghanistan in return for the Taliban’s assurance that they won’t let foreign terrorists use Afghan soil. As part of the broader peace process, Taliban representatives and the Afghan government opened formal talks earlier this month in the Qatari capital Doha where both sides would be seeking to build a consensus on how a post-American Afghanistan should be.

The roots of the Taliban go back to the Mujahideen movement against the Soviet troops in Afghanistan in the 1980s. Many of the Taliban’s early leadership, including Omar, fought the Soviets with various Mujahideen factions, which were supported by the Central Intelligence Agency, Pakistan’s Inter Service Intelligence and Saudi Arabia. After the Soviets pulled back in 1989, the Mujahideen groups started fighting each other, plunging the country into a civil war.

The post-communist Afghanistan was divided along the ethnic lines. There was no central authority. Life was chaotic. Crimes were rampant. Afghanistan, which the poet Mohammed Iqbal called “the heart of Asia”, was falling apart. It was against this background a group of madrassa students (Talibs), with roots in Deobandi seminaries and support from different Deobandi factions in Pakistan, came together to launch a new “reform” movement. Predominantly Pashtun, their declared goals were: establish order, restore peace, disarm the militias, enforce the Sharia code and unite people under (their version of ) Islam. They chose Omar, a young, locally influential preacher who lost one eye in the battle against the Red Army, as their leader.

There are lots of stories about how Omar mobilised the Talibs under his command. “The most credible story”, writes Ahmed Rashid in his book, Taliban, “is that in the spring of 1994, Singesar neighbours came to tell him that a commander had abducted two teenage girls.” They were taken to a military camp and repeatedly raped. Omar attacked the base with some 30 Talibs, freed the girls and hanged the commander from the barrel of a tank. From the base, they captured arms and ammunition, beginning a long journey of bloody militancy.

The Taliban swept up military victories with the help of the ISI. Pakistan found the Taliban the most reassuring proxy in an otherwise fractured Afghanistan. After capturing Kabul, the Taliban enforced their version of strict Islamist code. It destroyed movie theatres, banned women from working in public offices, kept girls out of schools and banned public music, the sale of CDs and even kite flying. Kabul’s sports stadium was turned into a public execution ground. In March 2001, the Taliban blew up the two giant stone statues of the Buddha in Bamiyan.

After the 9/11 terrorist attacks on the U.S., Omar faced a difficult choice. Osama bin Laden, the al-Qaeda leader, planned and executed the attack from Afghanistan. The U.S. asked the Taliban to hand over bin Laden. Omar refused, which was followed by the U.S. invasion and the ouster of the Taliban from power. Since then, the Taliban have been fighting to recapture what they lost — ‘the Islamic Emirate of Afghanistan’.

In 2015, the Taliban announced that Mullah Omar died two years earlier in Pakistan. Mullah Mansour, who succeeded Omar, was killed in a U.S. air strike in 2015. Since 2016, the less-known Maulvi Hibatullah Akhundzada has been the group’s leader. Under Akhundzada, the Taliban have taken a ‘fight and talk’ approach. In 2018, U.S. officials and Taliban representatives held their first meeting in Doha, where the insurgents had opened a political office. Throughout talks with the U.S., the Taliban refused to agree to a lasting ceasefire.

Pakistan played a key role in the Taliban’s resurgence. Rattled by India’s growing influence in post-Taliban Afghanistan, Pakistan played a double game — it joined the U.S.-led war on terror, while at the same time secretly helping the Taliban. As Steve Coll writes in his book Directorate S, the ISI set up a secret unit called ‘Directorate S’ to handle its Taliban operations and worked from an Army camp in Ojhri, near Rawalpindi.

Now, the war has entered into a stalemate. The Afghan government cannot defeat the Taliban and the Taliban seem unable, for now, to seize the major population centres, including Kabul. This, coupled with the U.S.’s desire to get out of the war, prompted the peace talks. But hard questions remain. With the U.S. agreeing to pull back, the Taliban have met one of their key goals. But they haven’t recognised the Afghan Constitution. There is no truce yet. It’s not clear what would their eventual goal be.

“There are some differences between the Taliban of the 1990s and today’s Taliban. We now have the second-generation Taliban. Their links with the military and religious establishment in Pakistan are different. Their working relationship with terrorist outfits like AlQaeda are limited today,” said D. Suba Chandran, a Professor of strategic and security studies at the National Institute of Advanced Studies, Bangalore. “But their core ideology hasn’t changed. If they were not ready to share power then, they won’t do it now. I don't think their approach towards liberal institutions, minorities, women and other groups has changed either.”