The hard-line Islamic Defenders Front was outlawed by the Indonesian government on Wednesday and ordered to cease all activities less than two months after its fiery leader, Rizieq Shihab, returned from self-imposed exile and pledged to lead a “moral revolution.”

In a statement signed by top officials and the national police chief, the government said that members of the group had engaged in terrorist and criminal acts and that activities organized by the group had disturbed public order. 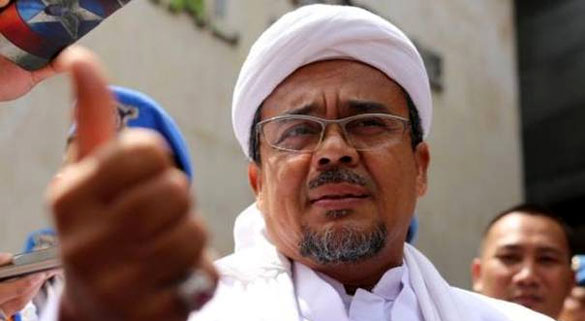 Muhammad Rizieq Shihab is an Indonesian hardline Islamist scholar, the founder and leader of the Islamist group Islamic Defenders Front. Facing criminal charges in Indonesia, he lived in Riyadh, Saudi Arabia from 2017 to November 2020. Wikipedia

Mr. Rizieq, 55, a cleric who claims to be descended from the Prophet Muhammad, is accused of violating coronavirus protocols by holding gatherings of thousands of people. He surrendered to the police earlier this month and faces up to six years in prison. Days before his arrest, six of his bodyguards were shot and killed by the police in what the authorities said was self-defence. Mr. Rizieq remains in jail.

The order dissolving the group said that its government registration had lapsed last year and that it was no longer a recognized organization. It is now banned from conducting activities and using its logo, a triangular symbol with a star at the center and its name in Indonesian and Arabic lettering.

“With this prohibition, it has no legal standing,” said Indonesia’s minister for political, legal and security affairs, Mohammad Mahfud MD, referring to the group.

A spokesman for the group, Novel Bamukmin, said members would not be deterred by the dissolution of the organization, commonly known by its Indonesian acronym, F.P.I.

“They can disband the F.P.I. but they cannot disband our struggle in defending the country and religion,” he said. “If we want to, we can declare a new Islamic mass organization this afternoon. If it’s disbanded, we can make a new one continuously. Registered or not, we continue to exist.” 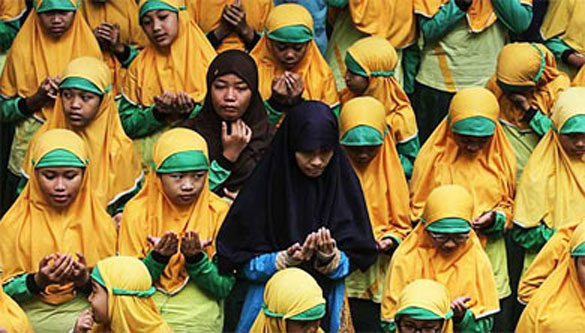 The Islamic Defenders Front was founded in the late 1990s as military rule was ending. At the time, top army generals created civilian militia groups like the F.P.I. to help them retain power.

The group soon became known for enforcing its concept of Islamic law by vandalizing bars, persecuting rival sects and attacking gay and lesbian events. Over the years, it expanded its agenda to provide civil rescue services and evolved into a political and social movement, gaining many thousands of followers who were attracted by Mr. Rizieq’s anti-establishment message.

“Considering the popularity of the group and the widespread use of its symbols, the order will be difficult to enforce,” said Ian Wilson, a senior lecturer at Murdoch University in Perth, Australia, who has followed the group since its early years. “Some will likely abandon it, but it will potentially radicalize others.”

Hours after the announcement, soldiers and police officers arrived at the group’s Jakarta headquarters and took down a huge banner displaying Mr. Rizieq’s photo.

The Saudi-educated Mr. Rizieq, who co-founded the group and remained its most visible leader, has long attracted controversy. In 2017, he left Indonesia while facing a pornography charge and accusations of an extramarital affair and lived in self-imposed exile in Saudi Arabia.

When he returned to Jakarta in November, he was greeted by many thousands of supporters and over the following days hosted several large gatherings. He later apologized for violating coronavirus restrictions, but it was not enough to keep him out of jail.

In returning to Indonesia, which is officially secular, Mr. Rizieq also posed a challenge to President Joko Widodo’s government and pledged to push Indonesia toward a more conservative vision of Islam.

In his recent sermons, Mr. Rizieq accused Mr. Joko and his government of leading the country into a crisis because the leaders lacked morals. He contends that being a moral person means following Islamic, or Shariah, law.

He also argues that Indonesia should be united under a single God, and that since Muslims make up the overwhelming majority of Indonesians, they should have the power to enforce Shariah law and set the rules not only for Muslims, but for everyone as well.

Another radical Islamic group, Hizbut Tahrir, was disbanded by the government in 2017 for promoting a state based on Shariah law rather than secular principles.

“The F.P.I. is destructive, disruptive, and fueling intolerance,” said Jajang Jahroni, a lecturer at Syarif Hidayatullah Islamic State University in Jakarta. “Maybe disbandment won’t be effective. If the members are still on the street making trouble, they should be arrested and taken to court.”