1.       Policemen in Tajikistan forced Muslim residents to shave their beards

2.       Militants in Somalia ordered Muslims to wear a beard.

3.       ISIS had ordered Muslims of Mosul to grow beard and trim moustache. 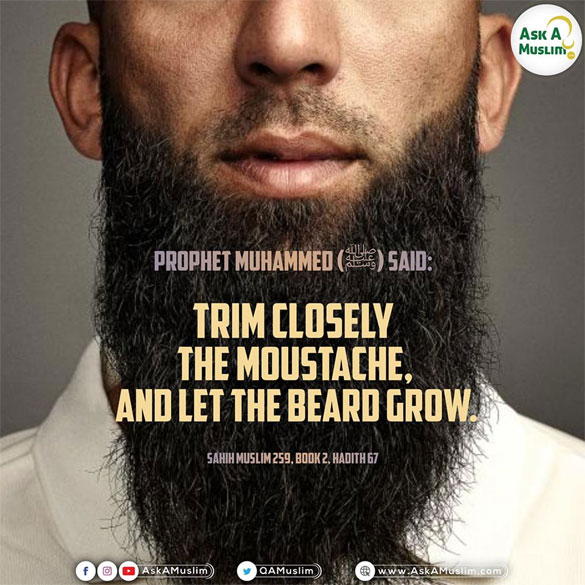 Gradually, the Taliban in Afghanistan are returning to their old ways of governance. Earlier, they shot a woman for not wearing a veil on the street. Second, they banned telecast of IPL matches in the UAE because it would show women in the stadium with scanty clothes and uncovered hair. Next in line is the beard.

About ten years ago, in 2010, the terrorist organization of Mogadishu, Hizbul Islam had issued a similar dictat to the Muslims of the country. “Grow your beards and trim your moustaches.” People were warned of consequences if they violated the ‘law”.

In 2015, the ISIS issued an order asking men to grow beard as shaving the beard was

The order of the Taliban is based on a hadith on a couple of hadiths:

Umar ibn Harun narrated from Usama ibn Zayd, from `Amr ibn Shu`ayb, from his father, from his grandfather, that the Prophet (Allah bless him and give him peace) "used to trim from his beard, from its sides and its length" (Sunan al-Tirmidhi 5 vols. Cairo n.d. Reprint. Beirut: Dar Ihya al-Turath al-'Arabi, n.d., 5.94: 2762).

"Cut the moustaches short and leave the beard."(Saheeh Bukhari)

The holy prophet pbuh sported a beard and trimmed it. Therefore, sporting a Shariah compliant beard is a Sunnah not a Fard as it is not enjoined in the Quran. Many Muslim clerics in Jordan, Turkey, Egypt and other Islamic countries today do not sport beards. It has become a sign of modernity. It is not imposed by law or shaving or trimming beard is not made an offence in the eyes of law in Islamic countries. It is encouraged as a Sunnah. Islam encourages beard because it is a sign of manliness. However, no Muslim country has imposed beard on Muslims by law.

Therefore, though wearing a beard is seen as a sign of religiosity, it is not enforced in any civilized Islamic society. Many great Islamic scholars like Allama Iqbal of India did not sport a beard but still are revered by the Muslims as Islamic personalities.

It is only the terrorist Islamic organizations that have always forced beard on Muslims. This has created the impression among the non-Muslim community in the world that the beard is associated with extremism or those who sport a beard are extremists.

This imposition of beard by radical Islamist organizations has contributed to the growth of Pogonophobia (fear of beards) because beard has become a symbol of radicalism or extremism. In April 2015, two police officials in Tajikistan were officially reprimanded for forcing Muslims to shave their beard as they identified beard with radicalism or extremism.

The way the Taliban are enforcing laws in Afghanistan, it may be presumed that they will imposed female genital mutilation which is forced in Middle Eastern countries.

Though the Taliban leader Mullah Turabi claimed that they have changed with time but in reality, they have not changed. In fact, the radical interpretation of the Quran and Sunnah they follow will not allow them to change or reform themselves. They are not a democratic force and have not come to power democratically. Therefore, a democratic governance cannot be expected from them.