Refutation of Jihadist Narrative of Darul Islam and Darul Harb 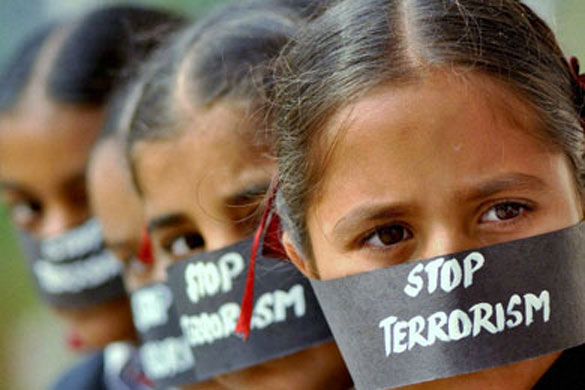 One of the narratives mistakenly utilized by the Jihadists is the division of the world into Darul Harb and Darul Islam. According to them, Darul Islam is a land controlled by Muslims in a bid to implement Islamic laws and principles, whereas Darul Harb is a land not governed by an Islamic state. For the purpose of gaining support from mainstream Muslims, Jihadist groups claim that their understanding of this binary division of the world is based on the four schools of thought, their jurists and authorities in Islamic law. This claim can be easily refuted by the one who reads and understands the corpus of the four widely known jurists of Islam.

Abu Muhammad al-Maqdisi, a Wahhabi-Jihadist cleric, “the most influential Jihadi Theorist” as per the Combating Terrorism Center of the United States Military Academy (USMA), and best known as the spiritual mentor of the founding father of ISIS Abu Musab al-Zarqawi (the initial leader of al-Qaeda in Iraq) writes,

And we hold the view of the jurists regarding the abode [Dar] wherein if the laws of kufr were uppermost and the dominance therein was for the kuffar [‘unbelievers’] and their legislations then it is dar al-kufr. This term is applied to the abode if the rulings of Kufr are uppermost, even if the majority of its people are Muslims, just as the term dar al-Islam is applied upon the abode in which the laws of Islam are uppermost, even if the majority of its inhabitants are kuffar as long as they are submitting to the rule of Islam [Dhimmah]” [Al-Maqdisi, This is Our Aqeedah pp.25)

Al-Maqdisi believes that no state currently meets the criteria for Darul Islam. He asserts that the implementation of Sharia as state law is a precondition for Darul Islam (see ‘This is our Aqeedah’). This way his assertion inspires the jihadist supporters worldwide to declare war on the leaders of the Muslim majority countries without forgiving the civilians. As a result the entire world has become a site for potential conflict.

The paradigm of Darul Islam and Darul Harb developed throughout Islamic history under political and jurisprudential definitions, though the binary division of the world as such is not mentioned directly in the Quran and Ahadith. These terms were devised by the early Muslim jurists, almost a century after the Prophet (peace be upon him) to suggest legal rulings, facing the challenges of the time.

However, as a result of the political fragmentation of the Muslim world, historical changes and establishment of the new world order, the concept of Darul Harb has been completely affected and has almost no significance today among mainstream Muslims. Many contemporary Muslim jurists across the world regard the democratic countries as part of the Darul Islam or Darul Amn, arguing that Muslims therein can freely practice and proselytize their faith and creeds. They quote all of the four schools of Islamic jurisprudence, Hanafi, Shafei, Maliki and Hanbali to support their argument. The below are some quotations taken from classical and traditional corpus of Islamic jurisprudence, which reject the Jihadist definition of the Darul Islam and Darul Harb, and suggest that the present states of the world cannot be declared Darul Harb.

In accordance with the traditional and classical scholarship, the countries that provide with the right to practice ritual prayers [salah/prayer], the annual fast of Ramazan [Roza/Siyam], the building of mosques, the call to prayer [azan], and the right to exhibit the wearing of Islamic dress and the performance of Muslim marriage cannot be declared ‘Darul Harb’. These countries, according to some contemporary jurists, are Darul Amn [the abode of peace], and to some, are Darul Islam [the abode where Islam is freely practiced].

For example, Abul Hasan al-Mawardi, the Iraqi judge and scholar of Muslim polity and law says,

The public acts of worship of Islam such as group prayers in mosques and calls for prayers are the criteria by which the Prophet, peace be upon him, differentiated between the Darul Islam [the Land of belief] and the Darul Harb [the Land of Disbelief].

“If a Muslim is able to declare his Islam openly and living therein (non-Muslim majority countries), it is better for him to do so, because this fulfils the criteria for a country to be Darul Islam”

“Where a Muslim is capable of protecting and isolating himself, even if he is unable to proselytize and engage in combat, in such case it would be compulsory for him to remain in this place and not emigrate. For such a place, by the fact that he is able to isolate himself, has fulfilled the criteria of Darul Islam”

The in-depth understanding of the corpus of  Hanafis, Shafiis, Malikis and Hanbalis suggests that open practice of Islamic acts such as ritual prayers, annual fast, call to prayers [azan] etc. are sufficient for the land to be considered Darul Islam even if it is a non-Muslim majority country. For example, the Shafi position is based on a sunna (as narrated in a hadith) that fighting or Jihad should not take place in a region where the call to prayer (azan) is heard, as the free practice of Islam indicates that the land in general was not hostile to Muslims and Islam. Imam Bukhari and Imam Muslim report a hadith in this regard,

“Whenever Allah’s Apostle attacked some people, he would never attack them till it was dawn. If he heard the Azan [the call to prayer], he would delay the fight, and if he did not hear the Azan, he would attack them immediately after dawn” (Sahih Bukhari)

This hadith is evidence that verily the call to prayer [azan] forbids invading a people of that area and this is an evidence of their Islam.

To sum up the Jihadists have no proof to support their claim that their understanding of Darul Islam and Darul Harb is based on four schools of thought.