Is the Taliban Takeover of Afghanistan ‘Reminiscent of Fatah-e-Makkah’, A 'Victory Of Ummah Led By Prophet Mohammad' As Some Ulema Are Suggesting?

Maulana Nomani And Wajidi Must Clarify How Come Those Who Engage In Public Executions, Amusement Park Burnings, And Brutal Torture Of Civilians, Including Women And Children, Are The Champions Of Islamic Emirate?

1.    The Prophet (pbuh) proclaimed general amnesty without the least emotion for retaliation.

2.    Muslims are reminded of ‘Fatah-e-Makkah’ in Kabul on Taliban's declaration of 'general amnesty'.

3.    Afghan army has surrendered, the brave Afghan women have not surrendered to the misogynist Mujahidin. 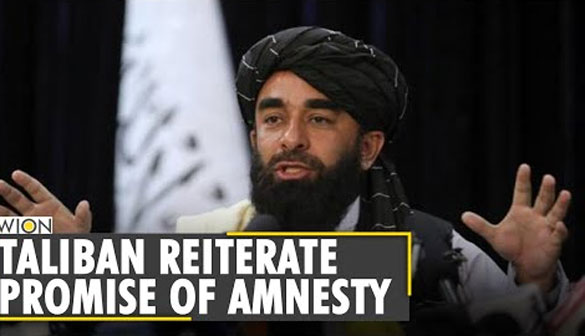 Is the Taliban takeover reminiscent of Fath-e-Makkah (Prophet’s conquest of Mecca)? Why do an increasing number of Ulema, especially those who align with the Deoband, are heaping praises on Taliban Mujahidin as “history makers” in Afghanistan? This is precisely what an influential Indian Deobandi cleric has conveyed in clear and unequivocal terms. Maulana Khalilur Rahman Sajjad Nomani, a spokesman of the leading Islamic organisation, All-India Muslim Personal Law Board (AIMPLB), has saluted and hailed the Taliban for its successful and ‘peaceful’ capture of Afghanistan.

In his video statement which has gone viral in the national media now, Maulana Nomani is not only showering praise but also lending an avowed support to the Afghan Taliban. His strongly worded congratulatory speech shows as if he is paying an allegiance (ba’yat) to the ideological masters of Taliban: “Far from your land, this Hindi Musalman (Indian Muslim) salutes your Islamic spirit with which you have defeated the strongest army (NATO forces)”. He also said that “this is a new Taliban, different from the past, which respects women''.

On the face of it, Maulana’s statement should have brought a sense of collective humiliation and condemnations should have been anticipated. But except for some Shias in India—plausibly because they have faced most atrocities from Taliban—none of the leading Ulema from Deoband, Ahl-e-Sunnat (Barelwi), Ahl-e-Hadith or Jam’at-e-Islami have rebuffed the statement.

When asked, the Muslim Personal Law Board has merely dissociated itself from Nomani’s remark stating that it was his individual opinion, not the official position of the AIMPLB. One wonders how this apex body of Sunni Muslims gives their spokesperson and representatives this luxury of freedom of speech, which causes unrest and foments troubles in the country!

More ironically, a section of Deobandi Ulema like Maulana Nomani aver that Taleban has brought laurels to Islam and has held their heads high in the face of anti-Islamic forces across the world. In the same vein, another noted Deobandi cleric Maulana Yasir Nadimul Wajidi, son of renowned Islamic scholar Maulana Nadim al-Wajidi has been vocal in his support and indefatigable theological defence of the Taliban and its establishment of ‘Islamic Emirate’ (Imarat-e-Islamiyya). Celebrating and eulogising the Afghan Taliban for its ‘epoch-making takeover’ Maulana Yasir congratulates Muslims for the “victory of Islam”. Yasir Nadeem-ul-Wajidi, who is based in Chicago and runs “Darul Uloom Online” from the US comes from the reputed Usmani family of Deoband. He says: “On the revival of Imarat-e-Islamiyya, I heartily congratulate the Taliban and people of Afghanistan. Once again, Allah has bestowed upon you another chance to show the world the truce picture of Islamic governance system based on justice. Your sacred entry into Kabul has reminded us of the Prophet’s era” (Mumbai Urdu News, Page 1, Aug. 17). 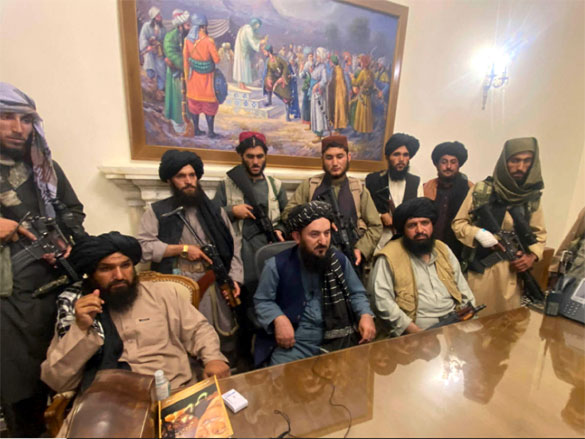 On expected lines, the Jamaat-e-Islami Hind (JEIH) has also shown great hope in the emergence of Islamic Emirate through the Afghan Taliban. “They [Taliban] have the opportunity to present to the world a practical example of the Islamic welfare state”, said the Ameer-e-Jamaat (President of JEIH) Syed Sadatullah Husaini. He added: “it is gratifying to note that the perseverance and struggle of these Afghan people [read Taliban] resulted in the withdrawal of imperialist forces from their country.”

Coming back to the central theme of this article, the question is: how come these Indian Ulema of Deoband and Jamaat-e-Islami Hind, have reposed so much hope in the Taliban when the ground realities belie their ‘pious promises’? The ‘new Taliban’ who have made tall claims on women rights and their freedom, have kidnapped Salima Mazari, the first female governor of Balkh province. Female anchors in Afghan media have been told categorically that they are ‘no longer employees’ as a result of the regime shift. Afghan state television has “indefinitely suspended” female personnel. The Taliban 2.0 have prohibited women from returning to several work places including state television. Afghan female football pioneer Khalida Popal says that “players are scared now with the Taliban return”. What has happened the day the Taliban took over Afghanistan is needless to say. The world has watched it with naked eyes. Scores of Afghan people have fled their country in fear of the Taliban regime and have become refugees now in other territories in the world. The United Nations has estimated that nearly 4,00,000 Afghans have already been forced to flee their homes since the start of this year. So where will these Afghan refugees go now? What next for them? Maulana Nomani and Yasir Nadim-ul-Wajidi should have pondered over this tragic Afghan crisis before celebrating it as the “victory of Ummah”.

Is this what happened during the holy Prophet’s conquest of Mecca (Fath-e-Makkah)? After the Prophet (pbuh) achieved the victory over the Meccan tribe of Quraish, some of his companions, overjoyed with victory in Makkah, shouted in Arabic: “Al-Yumu Yumul Malhamah” (today is the day of retaliation). The Prophet (pbuh) immediately stopped them and said: “La! Al-Yaumu Yaumul Marhamah” (No, today is the day of pardon and forgiveness). The Prophet (pbuh) proclaimed general amnesty without the least emotion for retaliation. In front of the international cameras in Kabul, the Taliban has also declared an “amnesty” across Afghanistan. This is precisely why many Muslims are reminded of ‘Fath-e-Makkah’ in Kabul. The new Taliban has also urged women to join their government, and has even allowed a Shia into their council, as per some reports. But if the Taliban continues to declare all Shias beyond the pale of Islam (Kafir) and permissible to get killed (Mubah al-dam), who will guarantee that the Shia employee will remain alive in Taliban office?

Both Maulana Nomani and Wajidi must clarify whether those who engage in public executions, amusement park burnings, and brutal torture of civilians, including women and children, are the champions of Islamic Emirate? They should have been aware of what the Muslim women feel about the resurgence of Taliban and how they have been bearing the brunt. Mumbai-based female Islamic scholar, Dr. Zeenat Shaukat Ali has expressly written that the “Taliban takeover is frightful especially for women. Their regressive philosophy itself needs condemnation per se as their barbaric (activities) are drawing a country and its society to the Dark Ages.  The matter should cause serious concern as patriarchal, misogynistic mind sets have always aimed at making women a soft target, halting their progress and taking them centuries behind times”.

But while the Afghan army has surrendered, the brave Afghan women have not surrendered to the misogynist Mujahidin. Protests against the Taliban were held in Jalalabad, though they were put down when the Taliban arrived. “The Afghan women in the 70s were doing brilliantly. Afghanistan produced fine medical practitioners, women in the legal profession, teachers, media persons, professionals. The Taliban, as well documented, have robbed them of these”, writes Dr. Zeenat Shaukat Ali.