In a 2012 lecture at the Institute of Advanced Studies, the late Danish-American historian Patricia Crone described Omer Saeed Sheikh as an “acculturated native” who had rebelled against his adopted cultural mores. 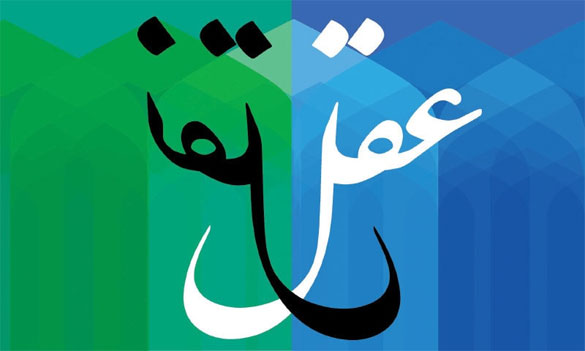 Sheikh is a British citizen who was arrested in Pakistan for his role in the kidnapping and murder of American journalist Daniel Pearl in 2002. Sheikh was born in London to Pakistani parents who had migrated to England in 1968. They quickly adopted British cultural norms and established a successful clothing business there. Sheikh was enrolled at a prestigious private school in London and was then sent to Lahore’s equally prestigious Aitchison College.

He returned to England and enrolled at the famous London School of Economics. But he soon dropped out and travelled to a war-torn Bosnia in the early 1990s. This is when Sheikh threw himself completely into becoming a radical Islamist.

According to Crone, acculturated natives embrace cultural norms of their adopted societies. They do so to advance their status in these societies. These natives may be living in regions where they do not have ancestral roots, or in their ancestral regions that have been colonised by foreign powers. But when, despite integrating the foreign cultural ethos, they feel that their progress is being restricted by the producers of these ethea, they walk out from their acculturated selves, rebel against it and adopt their ancestral culture.

To Crone, the acculturated non-European native’s anger, triggered by his inability to achieve prestige and success despite adopting the ethos of a dominant western culture, is a rebellion against modernity. On the other hand, according to Crone, it is also a failure of Western modernity. The failure in this respect is its inability to hold on to non-Europeans who had willingly adopted modernity but then walked out to rebel against it. Crone says this is because of a fear within the purveyors of modernity that their positions of power might be usurped, by those who had adopted their ideas but were not from its race of origin.

To Crone this is not an irrational fear, but one that an idea needs to let go of if it is to retain converts and grow. In her 2014 book The Nativist Prophets of Early Islamic Iran, Crone writes that one of the main reasons behind the rapid growth of Islam was the fact that its purveyors had made it extremely simple to convert to the new faith.

The faith’s first century was dominated by Arabs who lived in garrison cities, away from the natives they had conquered. But the natives could enter the garrison cities and enjoy all of its perks and power by adopting Islam. The acculturated native, in this context, did not face any hindrances to progress or rise to a position of power. According to Crone, this is why the native retained his acculturated self and did not walk out or rebel against it, despite his dislike of Arab hegemony. He may have rebelled against the Arabs but not the idea that he had converted to.

Indeed, the huge influx of non-Arab natives into the fold of Islam consequently overthrew the hegemony of its original purveyors (the Arabs) — especially after the Abbasid Revolution in 750 CE. But the faith continued to grow. In Pakistan, however, from the mid-1970s onwards, certain political and constitutional developments have led to the growth of a particular non-inclusive strand of Islam, alienating those who may follow a different strand or may belong to a different faith.

They believe that, even if they acculturate themselves with this dominant strand, they will not be able to achieve the kind of success or position that those who were born into this strand can. They are thus more likely to walk out and leave the idea of nationhood based on this strand vulnerable to contraction. And it has been contracting.

From the 18th century onwards, Islam as an imperial power began to stagnate. Its nemesis was the Muslim community’s slide into myopia. It was eventually overwhelmed by European colonialism, powered by economic, militarist, political and social modernity based on the principles of the ‘Age of Enlightenment’ i.e. rationalism, science, democracy, secularism and capitalism.

This saw vast sections of colonised Muslims acculturating themselves to this modernity, so that they were not left behind. But because of reasons pointed out by Crone, many walked out of it, giving birth to radical Islamist ideas based on romanticised notions of their faith and its history.

Interestingly, according to the British academic Jonathan Israel, in the anthology The Secular State and Islam in Europe, Muslims who had adopted modernity were actually integrating ideas that were originally inspired by ancient Muslim rationalists. This was also often pointed out by 19th century Muslim modernists such as Sir Syed Ahmad Khan and Muhammad Abduh.

Israel writes that, as the seeds of the Enlightenment were being sown in Europe, there were European thinkers who were challenging monarchism and the Church by debunking their hostile perceptions of Islam, and informing their audiences that Islam was a rational and inclusive faith.

According to Israel, not all purveyors of the Enlightenment agreed. But 18th century Enlightenment philosophers such as Pierre Bayle, Henri de Boulainvilliers and Denis Diderot presented Islam as a rational and tolerant faith. Israel writes that these men were inspired by certain ancient Muslim thinkers, and their ideas seeped into the overall construct of Enlightenment philosophies, producing modernity.

Muslim modernists have often reiterated this narrative, pointing out that, by adopting Western modernity, Muslims were simply acculturating themselves with an Islamic past that had been repressed by conservatives. Sir Syed understood this as a battle between aqal (reason and logic) and naqal (tradition and ritual). According to the 20th century Islamic modernist and scholar the late Fazal-ur-Rahman Malik, Islam’s rational past does not fit the world view of ‘fundamentalists’ and radicals who, to challenge modernity, have constructed a largely romanticised past to tout their disposition as being ‘authentic.’

In other words, those who rejected acculturation (to modernity) by claiming it was alien, were rejecting a repressed Islamic tradition that had inspired this modernity, and falling back on a mythical understanding of the faith’s history to justify their rebellion.