From Poet to Jihadi: The Story of a Somali American in Minnesota

He had everything going for him – except the will to resist a powerful and angry narrative that eventually pulled him in. 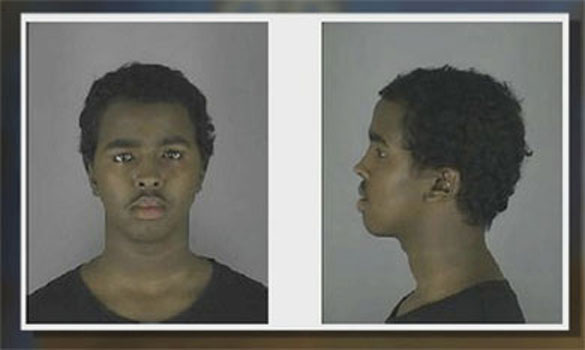 Abdirizak Mohamed Warsame, now 21, was on the path to fulfilling the American dream.  And it wasn’t a just a materialist dream, the kind that leaves feelings of emptiness upon achievement.

By the time he was a teenager, he was expressing himself as a poet and actualizing talents in art and music. He was active at a local neighbourhood centre and part of a local arts group. He began talking to other young Somalis about following their dreams. In a video he made as a teenager in 2011, Warsame says, “You guys are tomorrow. And all you have to have, to get anywhere you want, is determination."

Warsame, a Somali American, came to America when he was 10 months old. One of eight children, Warsane grew up in a neighborhood called “Little Mogadishu.” His mother and cousin were prominent voices in the movement to prevent the radicalization of the next generation of Somali Americans.

Warsame himself is described as a person who was successfully taking advantages of opportunities he was offered. Post high school, he held down jobs, attended a community college and had support from his family.

Still, Warsame gravitated to negative influences, problematic friends that concerned his mother. In 2014, she sent him away from Minneapolis to Chicago to live with his father. But it wasn’t enough. Warsame began watching videos of lectures by Anwar al-Awlaki, an American Yemani imam described as the “Bin Laden of the internet.”  Awlaki, a high-level Al Qaeda operative, was killed in a U.S. drone strike in Yemen, the first U.S. citizen to be so targeted.

From a young man who had spoken out against violence, Warsame became enthralled with beheading videos. He came to conclude that as a devout Muslim, he must join the fight against the infidels. In 2014, Warsame, with a group of friends plotted to go to Syria to join the Islamic State. According to his confession to authorities, Warsame was the ”emir,” the leader of a group recruiting and encouraging other young Somalis to join the terror group.

He was arrested in December of 2015 and now faces up to 15 years in prison.

Two months earlier, his mother had lectured a group of Somali parents at a town hall meeting, "I need you guys to wake up and to tell your child, 'Who's recruiting you?' Ask what happened. .... We have to stop the denial thing that we have, and we have to talk to our kids and work with the FBI."

Yet even she was unaware of her son’s activities.

At his hearing he offered a in his defence a seemingly incomprehensible explanation, “I was always listening to one side. I didn't see the other side of it, that innocent people were being killed.”

The Minnesota Somali communities have been the leading location in the U.S. for terror recruiting. Over the last number of year, close to 40 young Somali men have left the U.S. to fight for Islamist terror groups in Somalia and Syria.

Programs have sprung up to stem the flow, most notably Ka Joog, a community group called whose name literally means "stay away.” Ka Jooj works to build Somali youths into the next generation of American leaders and steer them away from terror recruitment, drugs and gang violence. The group was recently awarded $850,000 to establish a number of new projects, including a new job centre in the Somali community where unemployment is close 19 percent, three times worse than state average.

"He was one of those kids that could've gone either way," said Bob Fletcher, a former county sheriff and founder of the Center for Somalia History Studies. "To the gangs, to the radicalization, or to succeed academically with the circle of Ka Joog kids who he is close to."

While it may be hard to understand how Warsame, with his unique background, “could have gone either way,” it is important to put into the equation Islamist groups, including CAIR, that that have a history of working against some of the counter-radicalization programs active in the Somali community, giving these kids a different message.

Abdirizak Bihi, is a Somai American who works with Ka Joog and is the director of the Somali Education and Social Advocacy Centre. Bihi’s nephew was recruited by Al-Shabaab and died in Somalia, where the terror group is based.

In 2011, CAIR-MN attacked Bihi and a Muslim colleague of his, Omar Jamal, branding them as “anti-Muslim” when they participated in a seminar run by Fletcher’s center that included teaching about Al-Shabaab. CAIR-MN was upset that their session described Al-Shabaab as an “Islamic extremist terrorist organization,” saying they did not “distinguish between Islam and terrorism.”

Dr. Zuhdi Jasser, a Muslim human rights activist, writes, “Representatives of CAIR, like Dawud Walid from their Michigan chapter are on record repeatedly when discussing al-Shabaab to American Muslims telling American Muslim youth for example that “9 out of 10 times the person trying to influence you over the internet is not even real…it’s someone with the government trying to set you up.

"[Walid] even casts doubt on whether Al-Shabaab is a terrorist organization. Yet when courageous American Muslims do speak out about radicalization in some mosques and among American Muslim groups, CAIR calls them “anti-Muslim.”

Bihi says that CAIR-MN has impeded his efforts to inform the U.S. government about Islamist radicalization for years by saying that he’s bigoted and doesn’t represent the Somali community.

“They say that I am a bad person, that I am anti-Muslim, and that I don’t represent a hundred percent the Somali community. They lie about my life most of the time and try to destroy my character, my capability and my trust in the community,” says Bihi.

As early as 2009, local Somali Muslims were angered by a CAIR Minnesota campaign that urged Muslims only to talk to law enforcement with a lawyer present, sowing distrust in the Muslim community about law enforcement agencies.  Local Somali Muslims argued that CAIR’s campaign merely served to obstruct federal investigations. At the time, Bihi organized a demonstration outside a CAIR-MN event where protesters chanted, “CAIR out! Doublespeak out!”

Bihi expresses hope that Warsame can be deprogrammed and return to being an asset to the community. At his hearing, the presiding judge offered Warsame a spot in ta new program that assesses his prospects for deradicalisation before sentencing.

"I can envision him going to schools, talking to young people in the community, going to mosques, working with imams. His message here could resonate in many communities," said Bihi.

Meira Svirsky is the editor of ClarionProject.org