The Taliban View Of Islam And Governance: ‘We Do Not Accept This Anti-Islamic System Called Democracy’ – Part 1

The author of this article Asmatullah Muawiyah is the former head of the banned terrorist organisation Sipah-e-Sahaba (Militia of the Companions of the Prophet) and the emir of Punjabi Taliban, Pakistan. In this article, he reiterates the Taliban’s ideological stand echoing Maulana Maududi’s view on democracy that it is an un-Islamic form of government and a system based on kufr (non-belief). Of late, he has been trying to have a ‘meaningful dialogue’ with the Pakistan government for reasons known to him since his organisation Taliban has declared the Pakistan government a government of kafirs though the majority  of the ministers are Muslims and Islamic Shariah is the basis of the law of the land.

In this article the Maulana has tried his best to drive home the point that all the social, political and economic ills of Pakistan are the result of the 65 years of this democratic system based on non-belief (kufr) and only a system governed by the Taliban will rid the country of the corruption the country is mired in.

It should be noted that in their writings, the Talibani scholars harp on common issues of the people of the Pakistan and shed crocodile tears for them by mentioning the poverty, corruption of their leaders, plundering the wealth of the country by the feudal lords and nawabs who have captured power, and never ever say anything on the issues of killing of Shias, destroying the Sufi shrines and carrying out suicide attacks on civilians in the residential and commercial areas.  In this article the Maulana has tried to show the human face of Taliban (though it has none) by shedding tears on the plight of the common people. Like most Urdu writers, he has used rhetoric and emotional rants spiced by Urdu couplets to arouse public sympathy in favour of the Taliban covering up their inhuman terrorist activities killing everyone who disagrees with them. They did not hesitate even to attack a 13 year old Muslim girl for peacefully opposing their policy. This article shows their duplicity in the worst form. We at New Age Islam will keep exposing this duplicity of these terror mongers and enemies of Islam.—Edit Desk, New Age Islam 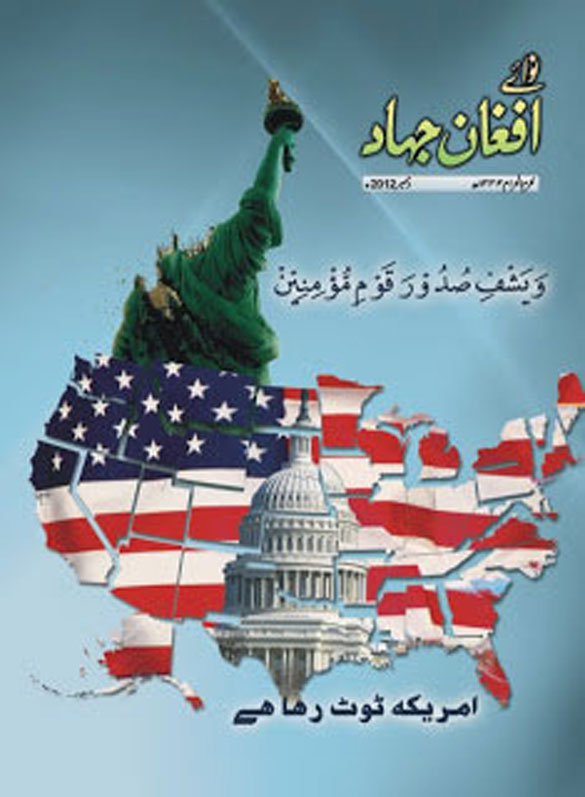 We will raise up a storm with every drop of blood

Of our martyrs that has beautified this holy land,

We shall demolish all the idols of isms

And will establish a relationship with Islam,

We shall destroy falsehood and establish Islam

The Quran is our guide and Islam is our goal,

We shall not take rest until we establish the Islamic rule,

To bow down in submission,

The fire of the crooked people like the nimrod the tyrant,

Will no more burn, as we will put it out with the blessings of the Truth.

“By God, invite people to good deeds and forbid them from evil otherwise God will bring his wrath on you, then you will seek his help and he will not heed your prayers.”

If we keep silent on the rise of evil and remain silent due to compulsions, then, as the holy Prophet (pbuh) has said, we should be waiting for God’s wrath. We shall have to see the fate of our prayers. Why not sacrifice this mortal life of ours in the path of God. We should lay down our life for the foundation of a building called Islamic state and the system is called the system of Islam. This way the word of God dominates and Shariah is implemented. We are fearless. We are breathing every breath as if it is our last breath; we are eating ever morsel as if we are eating our last morsel; we are walking every step as if we are walking our last step of life. We have preferred the everlasting life over this mortal life. That’s why we are speaking the truth in front of the enemies of Islam, the rulers of Pakistan. The drones hovering over our heads could not deter us the least bit though we have put hundreds of our comrades and leaders to graves. We want to be present before God in the state when our tyrant rulers have made our blood lawful for upholding the truth.

O our Pakistani brethren ! Every word uttered by me is in the trusteeship of our martyred brethren which I am passing over to you. Every sentence uttered by me reflects Shariah and is the voice of the oppressed which I want you to hear like the knocking at your doors. Please for God’s sake, ponder on every word that I utter, put your foot forward in action and raise your hands for prayers. It is your responsibility.

Today Pakistan is going through internal anarchy and external aggression. There is chaos everywhere. Anarchy and lawlessness rule the roost. Corruption is the order of the day. There is an atmosphere of oppression and barbarism. Right from the thanedar and the moneylender to the thieves and dacoits in the highest echelons of power have been plundering the wealth of the wealth in the form of bribe, taxes and price rise. Loot, violence, bloodshed and rape are commonplace. The poor has been pushed to the wall and runs from pillar to post. The rulers have filled their coffers in Switzerland. Their properties have spread upto Dubai, Britain and America while the poor does neither have shelter nor food. One is found selling his children in Hyderabad market while the other is committing self-immolation at Minar-e-Pakistan.

Petrol... diesel... gas... electricity --- all have been turned into death-traps. The poor can’t even imagine about them. The poor has been buried under proverty while the rich are on cloud nine.

Dear readers! Why is this unjust society, this attitude based on oppression, these blood-sucking leeches dominating us? Why has this disease turned into an epidemic? We have to find out its cause. We have to treat these ailments.

Valued readers! I have only one thing to say. What are the causes of oppression and injustice? What is the remedy to this oppression? Who are the oppressors and tyrants?  These custodians of this oppressive system consider the 18 crore Pakistanis no more than slaves and insects. Thus, these tyrant rulers consider it their right that the people should accept their oppression and injustice with gratitude. No but no. Enough is enough.

No my dear it cannot be allowed to happen

The pain that has woken up cannot be suppressed now,

Now for the sake of change of state

We have to remove all the obstacles from our path

The killer whose hands are tinged with our blood

Must be punished publicly

To lead the caravan along the path of love

We have to give leadership a new way

The same old faces should not appear behind new masks

The judge of time should be told in clear terms

65 years have passed under the oppressive system. These rulers, these generals, these Sirs, nawabs and Khans who are the product of Cambridge and Oxford University have been imposed on us who have exploited the noble dreams and rights of the Muslims generation after generation under the gloomy shadow of the rebellion against God. They are the real inheritors of the English masters and are the black monitors of white teachers. These people of licentious nature, after robbing the poor of their bread now want to pull away the head cover of their daughters. In fact, they want people to forget their dignity, their self-respect and honour so that no one can rid himself from the jaws of these crocodiles living in dirty ponds. These waderas, bureaucrats, industrialists and feudal lords never want to move backward from the imperial system of the British government.

This is not a new story but a 65 year old story when five hundred thousand martyrs offered their blood. This wonderful country was won in the name of Islam. We should have established an Islamic system of government with faith in God and a government based on Islamic principles should have been established, but we were cheated. English was imposed on us as the first chief of army staff.  A Hindu was imposed on us as our first law minister. Eleven of the fifteen members of the first economic committee of Pakistan were Americans. The first brigadier of the Col Cadet College of the reputed Military Academy of Pakistan was a Britisher. General Yahya Khan, General Aiyub Khan and General Ziaul Haque all were the commissioned officers of the Royal Indian Army. They came in Pakistan’s share and played their game. That’s why when in the 50s, Aypee Fakir demanded the implementation of Shariah, the Pakistani air force attacked the mujahideen and carried out intense aerial bombing on them. When in the 70s, the Tehreek-e-Nizam-e-Mustafa demanded Islam, ten thousand Pakistani civilians were done to death in the streets of Lahore and Peshawar. Here sacrifices had to be made for the basic Islamic beliefs like the finality of prophethood (khatme nubuwwat).

The punishment for the demand of the implementation of Shariah in this country achieved in the name of Islam is death. There are unknown graves, unknown burnt corpses, mutilated dead bodies, missing prisoners, crying babies, writhing mothers, mourning elders here as happened in Lal Masjid and Jamia Hafsa.

Valued readers! The British rulers left the dirty eggs for us. The British imposed on us two sections as part of a conspiracy. 1) The section under the establishment under the generals trained by Royal Indian Army, 2) the section comprising feudal lords, capitalists, waderas and nawabs.  We have been sandwiched between these two sections for the last 65 years. Both of them rule over us in turns. When the generals call the politicians corrupt and capture power, we distribute sweets. Later, when politicians remove the generals by declaring them dictators, we again distribute sweets.

The people have become a joke in this hide and seek game between democracy and dictatorship. After all how long will we be suffering under these anti-Islam systems like democracy and dictatorship? O people! For how long will we be subservient to the kafirs under this tyrannical and atheistic system. This country was achieved in the name of Islam and Islam is the fate of this soil. Islam is the panacea for all our ills and diseases. Those capitalists who have ruled over us for all these years are the same people whose forefathers were loyal to the British. Aren’t these the same estates they had been gifted by the British rulers?