Jihadi Terrorist or Shaheed (Martyr)? Sunni Jihadis in Islamic State Want To Kill All 'Apostates,' Including Sunni Tribes Which Do Not Adhere To the Al-Qaeda Sectarian View 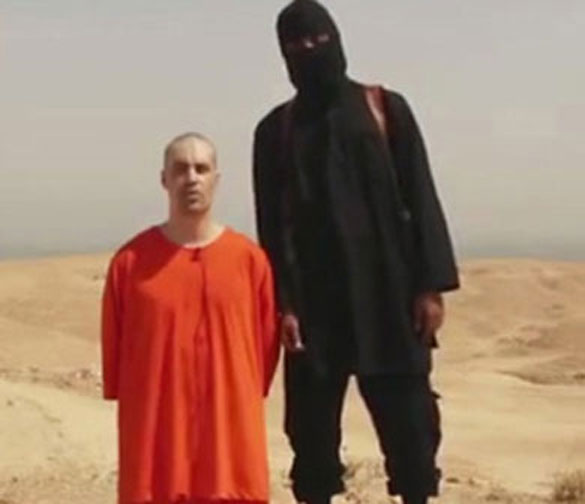 When the video depicting the beheading of James Foley appeared along with a masked man speaking in a distinct London accent, there was a near nervous breakdown in British political circle.

The first Jihadi from India has just reportedly died in the Iraq/Syria war. Do we know how many have gone to fight there? The British media are agog with dread. As many as a thousand or even more British Muslims may have gone to fight for the Iraqi al-Qaeda, which has now become the Islamic State. Reports are that around 200 may have re-entered the UK. No one knows for sure.

When the video depicting the beheading of James Foley appeared along with a masked man speaking in a distinct London accent, there was a near nervous breakdown in British political circles. No one disowned them as children of foreign immigrants. How could ‘our’ boys do this? Where did we fail to teach them British values? Where and who are the extremists who incite and recruit these boys to go and fight for the Caliphate, which is now reaching new depths in brutality? Can we deport these people? Is this a failure of multiculturalism that we failed to integrate young Muslims into British life?

Welcome to globalisation and a tech-, media-savvy generation. Get plugged into youth culture around the world and then you can begin to separate the normal from the abnormal. Cinema across the world glories in violent films, be it Sylvester Stallone’s or Salman Khan’s. Parallel cinema is even more gruesome. Rappers have violent lyrics which command huge sales. Computer games are also bloodthirsty.

The young have adrenaline flowing through their systems and are more daring, more likely to take risks and more unmindful of the physical damage they inflict on themselves than their seniors. We are celebrating the centenary of the First World War when thousands of young people went out to kill an enemy whom they had never seen and who had personally done them no harm. But their elders told them these were the ‘Enemy’. That was enough for perfect strangers to kill each other. The Church on both sides egged their soldiers on to kill. All thought systems, religious as well as secular ideologies such as Leninism, Fascism, Maoism, encourage people to kill each other while claiming to be peace-loving. The Khmer Rouge in Cambodia, a Leninist Party, killed one-seventh of the population on the grounds that they were middle class and hence did not belong to the classless society the Khmer Rouge wanted to construct. Many young people during the inter-War period from India and elsewhere dedicated their lives to the October Revolution which sometimes asked them to kill their nearest and dearest. British Communist volunteers who went to the Spanish Civil War fought the Socialists on their side as cheerfully as the Fascists.

The Sunni jihadis in the Islamic State want to kill all apostates, including Sunni tribes which do not adhere to the al-Qaeda sectarian view and also, of course, all Shias, to say nothing of Yazidis and Christians. Nouri al-Maliki, the just ousted prime minister of Iraq, created a Shia-majority democracy where no Iraqi Sunni family could feel safe. He was only taking revenge for what Saddam Hussein had done to his people.

Young men, and some women, fight and die for the cause in the full belief that this is the martyrdom worth having. Be it the Anushilan martyrs, who threw bombs at the British, or the Irish Sinn Fein ‘terrorists’ fighting to throw out their rulers, violence confers honour from your side and hatred and calumny from those who are being attacked. One man’s Shaheed is another man’s terrorist. There is no moral high ground here for any nation or any people. We may hope that as we progress with time, all will become peace-loving and friendly with others. But there is a long way to go yet.

We are perhaps more aware of human rights and the idea that a lot of adversarial killing is unjustified. We have war crimes as a new category in international law, for which there is an international court. But these courts cannot prosecute without a superior force to apprehend the criminals and bring them to trial.

There is no such force left in the world. The prospect is of more anarchy and more martyrdom.