Since Prime Minister of Pakistan Imran Khan fondly remembers the founder of al Qaeda, Osama bin Laden, as a “martyr” of the faith, it is only relevant to talk about this “sacred” relationship. 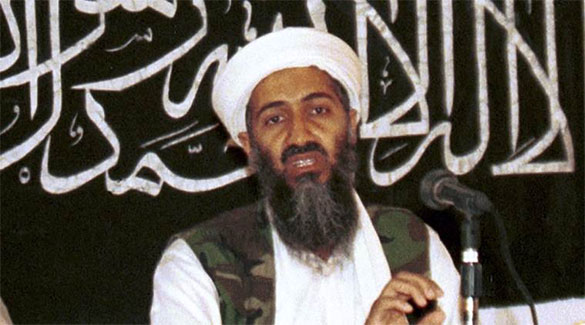 In this 1998 file photo made available on March 19, 2004, Osama bin Laden is seen at a news conference in Khost, Afghanistan. (AP Photo/Mazhar Ali Khan, File)

Osama bin Laden’s Syrian mother was one of the many wives of his millionaire Yemeni father. While his brothers went to the West for higher education, Osama preferred going to Jeddah’s Abdel Aziz University where his fondness for Islamic studies was spurred by two charismatic teachers, Muhammad Qutb and Abdallah Azzam — the first an Egyptian, a brother of the great Ikhwan leader, Syed Qutb and the second, a Palestinian who merged the Qutb doctrine of jahiliyya (ignorance) with modern jihad against the West.

Osama came to Peshawar in 1980 to conduct jihad against the Soviet Union in Afghanistan. By 1984, Osama got used to spending a lot of time in Peshawar, renting a number of guest houses in the city, and frequenting the office of Al Jihad, the Arabic newspaper that his mentor Azzam was bringing out from Peshawar. (Azzam later gave Pakistan a university in Islamabad that only spread extremism in a state that needed moderate thinking.) Osama’s jihad against the Soviets received a setback in 1989 when the mujahideen suffered a defeat at Jalalabad. 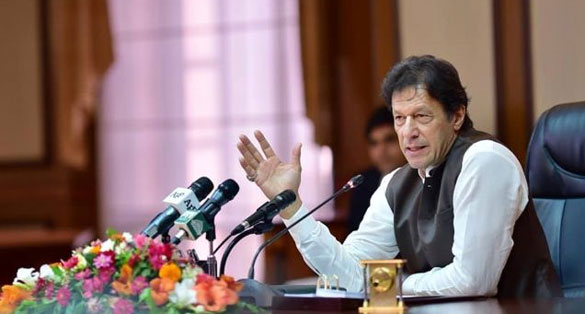 Osama decided sometime after 1991 that the real enemy was America — Pakistan swallowed the bait. Jason Burke assigns a large part of blame for the terrorism that began in the training camps of Afghanistan to the Sipah Sahaba. He claims that an attempt on Benazir Bhutto’s life was unsuccessfully made by Ramzi Yusuf at the outfit’s instigation, while the money came from his relative Khalid Shaikh Muhammad who was then living in Karachi disguised as a Saudi businessman and planning 9/11. Ramzi got injured outside Bhutto’s Karachi house when his bomb went off prematurely. Severely injured, he was visited in hospital by top functionaries of the Sipah Sahaba. Bhutto’s government accused Osama bin Laden. Nothing happened and Khalid Shaikh Muhammad went on to plan the 9/11 attack on New York. It comes to light that an entire Arab terrorist diaspora either began by training in Afghanistan or went to Afghanistan as a kind of sacred pilgrimage before offering new plans to Osama for financing. Those present there included the Indonesian militant Hambali who was frequently in Karachi on his way to meet Al Zawahiri to request funding for his project of killing Americans in Southeast Asia.

Muhammad Atta’s story is often told. He was to be the leader of the suicide attacks on the World Trade Centre. After 1996, expat Arabs from as far away as Canada, France and Germany travelled to Afghanistan “through Pakistan” to offer their oath of allegiance (bayat) to bin Laden. Saudi youths, most of them originally from Yemen like bin Laden, gradually came to outnumber the others because the US gave them visas more easily.

Abu Zubayda was another Egyptian who emerged as al Qaeda’s fundamental asset as he stayed back in Peshawar to look after training while Osama was away in Sudan till 1996. When he was caught in Faisalabad after a shootout, no one in Pakistan knew how important the catch was. Another capture in Karachi of Ramzi bin al-Shibh, an important member of the Hamburg Cell, also drew a blank. If the government in Islamabad knew about him, it pretended to draw a blank.

Al Qaeda attacked New York on September 11, 2001. The Americans killed bin Laden in Abbottabad on May 2, 2011. In December 2007 about 13 groups united under the leadership of BaitullahMehsud to form the Tehrik-e-Taliban Pakistan (TTP). Among the stated objectives of Tehrik-e-Taliban is resistance against the Pakistani state. The TTP’s aim is to overthrow the government of Pakistan by waging a terrorist campaign against the Pakistan armed forces and the state. The TTP depends on the tribal belt along the Afghanistan-Pakistan border from which to draw its recruits. The TTP draws ideological guidance from the Al Qaeda and maintains ties with it.

The BBC noted on February 2, 2014: “Pakistan’s Taliban have named politician and ex-cricketer Imran Khan as a member of a five-man team to enter into peace talks with the government.”

Original Headline:  The slow poison of Osama: A man, an organisation, and the spreading of terror