By Irfan Al-Alawi and Stephen Schwartz

Following the death of Saudi King Abdullah at the end of January, and the succession of his half-brother, now King Salman, 79, many observers of the desert monarchy have speculated on its future. 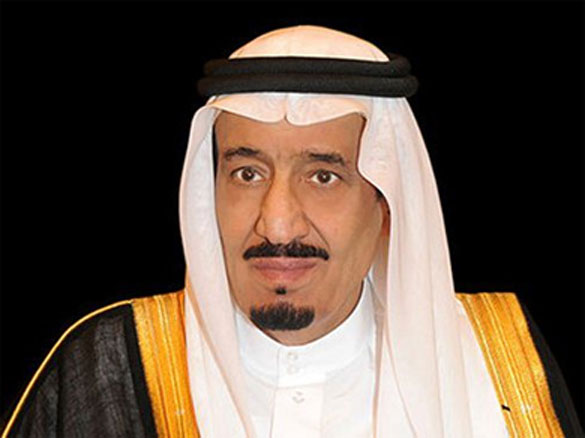 Almost immediately, King Salman has commenced an effort to clear the air regarding Islamist ideology and its association with terrorism. That’s rather unlike President Obama. While he and some other Western leaders claim they are combating radical Islam, they habitually refuse to call it by its correct name. Instead, they employ euphemisms.

For example, Obama summoned a three-day conclave beginning February 18 that was titled “Countering Violent Extremism.” Such terminology suggests that the atrocities of the Islamic State or ISIS, al Qaeda, the Taliban and other South Asian jihadists, and Iranian operatives in various countries, are mere aspects of a general planetary wave of ethnic and political turmoil.

They are not. Radical Islamist terrorism reflects a feature of Islam that has erupted and then subsided repeatedly over the centuries of Muslim history. It has its own specific content and dynamics. But the merest recognition of this reality was absent from a fact sheet on the “White House Summit on Countering Violent Extremism” issued by the presidential press office. In nearly 1,700 words of bureaucratic boilerplate, references to “Muslims,” “Islam,” “Wahhabism,” “Taliban,” or “Iran,” did not appear even once.

Instead, the fact sheet was replete with the suffocating esoterism of the Beltway vocabulary, referring to “drivers and indicators of radicalization,” “stakeholders and practitioners,” and “extremist messaging and narratives.” Nothing that transpired at the “summit” indicated any better reasoning in the current administration. Indeed, according to a February 13 report entitled, grotesquely, “Obama Summit Targets American Extremism,” on Voice of America News, the meeting was concentrated as much on social pathologies like urban gangs in our country as on Islamist fanaticism.

“Countering Violent Extremism” was provided with its own acronym – “CVE” – which will probably be forgotten quickly, just as the approach itself is likely to fail. Before September 11, 2001, Islamist terror was treated as a criminal problem. Now it is viewed by Western elites as a sociological conundrum, involving, as stated by Obama in his address to the United Nations in September 2014, “underlying grievances and conflicts that feed extremism.”

While obstacles to Muslim integration in some Western countries, and youthful alienation, feed radical recruitment, little progress has been made, in 13 years since 9/11, to broaden Western comprehension of the more basic role of Islamist ideology. In this context, the responsibility of Iran for encouragement of the hideous bloodbath by the Syrian regime should not be overlooked.

Saudi King Salman, by contrast, has put forward a very different attitude. In remarks to a conference of Islamic scholars in Mecca in February, under the rubric of “Islam and Counter Terrorism,” the ruler, as reported in the Jidda-based Saudi Gazette, warned that, “the entire world is threatened by ‘Islamized terrorism’ which kills, destroys and commits all kinds of vices under the name of Islam.”  King Salman said, in the newspaper’s account, “the detestable crimes of terrorists were the root cause of the hostile campaigns against Islam and Muslims.”  He added, “many people fear Islam and Muslims and ‘are skeptical of us and our religion.’ ”

Aside from Saudi Arabia, the Mecca conference drew participants from Lebanon, Sudan, Egypt, Algeria, Morocco, Senegal, India, France, Thailand, and other countries. The meeting was held by the Muslim World League (MWL), created in 1962 as a trans-national coalition of Wahhabi and other fundamentalist entities. MWL came under widespread suspicion in the aftermath of September 11, 2001. MWL currently has offices in 34 Muslim and non-Muslim lands, and operates 21 expansive mosques or “Islamic cultural centers” on six continents.

But MWL has not returned to the area of Washington, DC, where its office in Herndon, Virginia, was raided by U.S. authorities in 2002. Its past establishment of grandiose mosques and distribution of cash across the globe were, it seems, curtailed under King Abdullah, whose reign began in 2005.  MWL has not, however, increased the sophistication of its image. Its website is poorly edited and confuses, currently, South Korea, where MWL operates a mosque and office, with North Korea.

Nevertheless, the anti-terror strategy adopted by King Salman since he assumed the throne appears predicated on an impressive clarity and frankness. The February Mecca conference declared in its English-language program, “These juveniles and fool dreamers… [w]ith their reckless actions and careless audacity to spill innocent people’s blood… have horrified honest people and terrorized Muslims and others… they shout ‘there is no god but Allah,’ and ‘Allah is great.’ To these zealots, these are empty slogans without any substance… this distorted campaign has committed horrible sins under the cover of Islam... The time has come for scholars, preachers and people of conscience to warn people against this scourge, and disavow it.”