Samuel Paty’s Murder: The Contested Role Of The Teacher As Promoting Free Speech And The Role Of A Minority Of Mosques In Radicalizing Young Men

The world watched with horror the recent terrorist attack that claimed the life of a beloved high school teacher, Samuel Paty. Saudi Arabia led other Muslim nations in condemning the attack. In Egypt, Dar Al Efta, the highest religious authority in the country, condemned the senseless violence that undermines Islam’s priority of maintaining the sanctity of human life. And protesters filled French streets in uproar over the attack on teachers and what they see as French values. 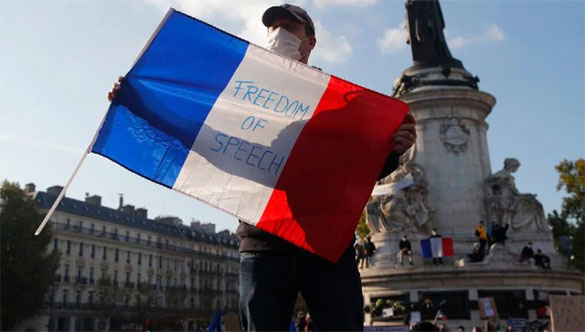 Paty’s murder can be better understood by examining two intertwining concepts: the contested role of the teacher as promoting free speech, and the role of a minority of mosques in radicalizing young men. Firstly, historically teachers have always had a contentious status among their societies. Teachers are supposed to be trusted agents for the betterment of our children. Parents send their children to schools and universities to learn about the realities of the world and about themselves.

Nevertheless, when parents feel that teachers are leading their children to question their core beliefs, the initial trust morphs into anger and condemnation. As a teacher, I always find myself trying to strike the delicate balance between offering my students controversial material in an attempt to foster critical thinking, without causing offence or going too far. Socrates is an example of this tension; he was charged with corrupting the youth by his fellow Athenians, and was killed for it. While teachers have a position of great influence in society, historically they are also vulnerable to violence and persecution if the court of public opinion decides against the direction in which they are influencing the young. 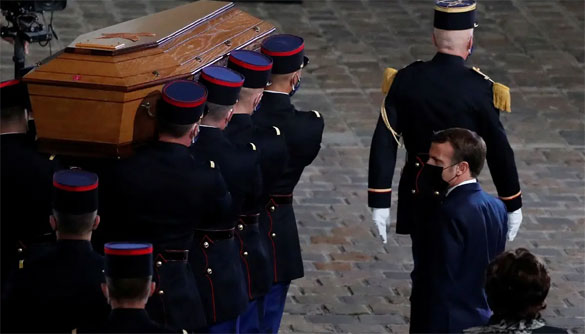 French President Emmanuel Macron watches the coffin of slain teacher Samuel Paty being carried in the courtyard of the Sorbonne university during a national memorial event, in Paris, France October 21, 2020. (Reuters)

Secondly, the killer was an 18-year-old who was born in Russia and lived in France. He was young enough not to be perceived as a threat when he asked the other students to point out the teacher before he committed his heinous crime. He had no previously known affiliations with terrorist organizations and was not identified as a potential terrorist. This leads to the conclusion that he was probably radicalized in France.

The sad reality is that the indoctrination and radicalization of European youth inside European cities is not a single and isolated incident but an alarming trend, as seen in the large numbers of Europeans who joined ISIS. According to a report published by the World Bank under the title “Transnational Terrorist Recruitment: Evidence from Daesh Personnel Records,” 148 fighters resided in France before joining ISIS. The radicalization of young men is the result of a range of causes. Whether for extremist groups such as ISIS or white supremacist groups, it increasingly occurs online with local encouragement through inciting an hateful rhetoric that is articulated by influential figures at home, where young men are groomed by slick propaganda videos and online recruiters.

However, in this case, French authorities arrested an imam known for his inciting and violent speeches in connection with the crime and recently closed a mosque in an effort to curb hate speech. Some mosques in Europe have become hubs for the radicalization of young Muslims because there is no government regulation regarding religious discourse. It is important to note that the majority of mosques promote Islam’s message of peace, but that does not mean that there are a minority of mosques where imams have cultivated an atmosphere that could radicalize young men. European governments steer clear from intervening in what happens inside mosques out of the fear that they might be charged with Islamophobia.

The logic is that whatever happens inside the mosque is secluded within the confines of its structure and protected by freedom of expression. However, as we have seen in this incident and other terrorist incidents, hateful rhetoric inside the confines of the mosque can be translated into violence by young and gullible children. Governments’ failure to act on fear being branded Islamophobic can allow attacks on peaceful Muslims who just want to lead a normal life. European governments should therefore halt efforts to maintain political correctness and not hesitate to address hateful and violent rhetoric.

In Egypt, “Revising Religious Discourse” is an initiative that aimed to revise some antiquated notions of Islam, and also to regulate religious discourse in an effort to counter religious extremism at home. European countries should learn the lesson. Preventive measures that are misidentified as Islamophobic prevent the rise of Islamophobia. The overall culture of passive complicity that allows for young Europeans to be radicalized at home needs to stop.

We are witnessing a war of ideas and competing narratives that are demanding our children’s attention. At schools, teachers try to instill the basic concepts of critical thinking and free speech, even if they use materials that we might not condone as Muslims. In the mosque, some imams try to instill hatred and violence as the only way that Muslims can protect themselves against the perceived attacks on Islam. Children who attend school come home to ask their parents about what they heard. Children who attend those mosques where imams are preaching hate come home to plan how to take revenge against supposed “infidels.” In both the school and the mosque, words have inspired actions; one to engage in dialogue, and another to silence. For the sake of our children, and for the sake of Islam, dialogue must prevail.

Heba Yosry teaches psychology and philosophy in Cairo. She holds a post-graduate degree in Arabic Literature and philosophy from the American University in Cairo. In addition to her teaching duties ; her research areas include modernity, gender, metaphysics and language.