INDIA: The Growing Threat Of Wahhabism

It must be rejected and combated fervently, or else so many more young girls will be robbed of their innocence.

It had been several years since I last visited my birth country, India. I finally went last month, and I was shocked to see so many changes.

From information-technology and infrastructure improvements, to the feverish embrace of capitalism targeting the ever-widening middle class, the visit was indeed a learning curve. (You will still find cows and goats among the street traffic, mingling with the ocean of cars, bicycles, humans, and the occasional oxen cart). But just as noticeable in some Muslim communities is the rising influence of ultra-orthodox Salafi/Wahhabi ideology, which is extremely disconcerting. 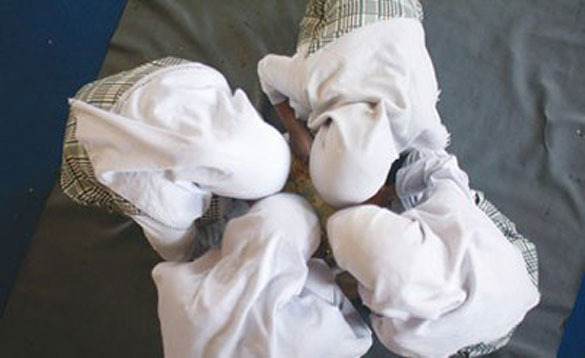 The Wahhabi-Sufi ideological competition in India is nothing new. Both are at the opposite ends of the Islamic ideological spectrum, and both have competed incessantly in India. However, this time I heard about and witnessed certain communities commanding a new, very visible social norm: girls and women forced to wear hijab and in some cases even the burka. But the most infuriating sight I saw was that of little girls, toddlers, wearing the head scarf.

I learned that much of this growing orthodoxy is a result of many Muslims working in the Gulf Arab countries, getting indoctrinated in Wahhabi ideology while there, and then importing it back home in India. This seems to have been the trend since the late 1980s, and the outcome has been visibly enforced dress codes of girls and women, and many more bearded men.

But why should toddlers have to wear hijab? That is an outrage. I lost count of how many little girls, most of them likely under the age of six, who were riding on motorbikes with their families and wearing hijab. Recently, human rights activists raised the same red flag about young girls’ veiling in Morocco. They argue that it is a violation of fundamental children’s rights, and undermining their innocence. Hijab is supposed to be a choice at the time of puberty. It is also more common in Arab culture, compared to South Asian culture.

WHAT IS the message being conveyed when parents make their toddlers wear hijab? Is it that men in the community won’t find them attractive if they cover up? There is a name for that: pedophilia. Or is it an over-zealous urge to display the family’s religiosity and conformity, which is the core principle of Wahhabism? One must show his or her religious convictions.

Let’s not forget that Wahhabism is one of the ideologies that inspired the birth of the Taliban.

Indoctrination and forced conformity to their ultra-orthodox interpretation of Islam constitute the heart of the ideology. These methodologies can occur subtly, as in the case of India, through the importation of ideology by the migrant workers returning from the Gulf. Or they can be far more violent and coercive, as in the case of the so-called “religious police” in Saudi Arabia.

In either case, the spread of Wahhabism is dangerous, because it is unequivocally coercive, intolerant and misogynist.

WITNESSING SO many young prepubescent girls wearing hijab in India has been disheartening. I refer to it as “baby hijab.” Also, seeing so many more burka-clad women than ever before is a bad sign. All of this indicates continual indoctrination and expansion of Wahhabism in India, while the more tolerant and peaceful ideology of Sufism remains silently subjugated, or at a minimum, complacent.

The Sufi-oriented communities need to improve efforts and religious education to combat this growing threat of Wahhabism. Otherwise, they will face Wahhabi intolerance and coercion, especially through communal peer pressure, to comply and conform to their extremely intolerant beliefs. Girls and women always pay the harshest price in such scenarios.

Where the Taliban used heavy weaponry to destroy the statues, the militants in Mali used pickaxes and hammers to destroy ancient sites, religious shrines and mausoleums. Are these the kinds of destructive mentalities that Indian Muslims want to invite into their communities?

Is it not enough that many migrant workers in the Gulf Arab countries face severe racism and abuse? Why, then, should they accept the ideology pervading the region? Clearly, it has not espoused the principles of human rights and tolerance. If anything, the ideology of Wahhabism has only spread hatred and extremism, intolerance, misogyny, militancy and violence worldwide. It must be rejected and combated fervently, or else so many more young girls will be robbed of their innocence.

The writer is an associate professor at the US Naval War College in Newport, Rhode Island, the views expressed are her own.