On June 29, 2014—or the first of Ramadan, 1435, for those who prefer the Islamic calendar to the Gregorian—the leaders of the Islamic State of Iraq and Sham (ISIS) publicly uttered for the first time a word that means little to the average Westerner, but everything to some pious Muslims. The word is “caliph.” ISIS’s proclamation that day formally hacked the last two letters from its acronym (it’s now just “The Islamic State”) and declared Abu Bakr al Baghdadi, born Ibrahim ibn Awwad ibn Ibrahim ibn Ali ibn Muhammad al-Badri al-Samarrai, the Caliph of all Muslims and the Prince of the Believers. For Muslims of a certain hyper-antiquarian inclination, these titles are not mere nomenclature. ISIS’s meticulous use of language, and its almost pedantic adherence to its own interpretation of Islamic law, has made it a strange enemy, fierce and unyielding but also scholarly and predictable. The Islamic State obsesses over words like “caliph” (Arabic: Khalifa) and “caliphate” (Khilafa), and news reports and social media from within ISIS have depicted frenzied chants of “The Caliphate is established!” The entire self-image and propaganda narrative of the Islamic State is based on emulating the early leaders of Islam, in particular the Prophet Muhammad and the four “rightly guided caliphs” who led Muslims from Muhammad’s death in 632 until 661. Within the lifetimes of these caliphs, the realm of Islam spread like spilled ink to the farthest corners of modern-day Iran and coastal Libya, despite small and humble origins.

Muslims consider that period a golden age and some, called Salafis, believe the military and political practices of its statesmen and warriors—barbaric by today’s standards but acceptable at the time—deserve to be revived. Hence ISIS’s taste for beheadings, stoning, crucifixions, slavery, and dhimmitude, the practice of taxing those who refuse to convert to Islam.

Other Muslims have romanticized the time of the early caliphs—but by occupying a large area and ruling it for more than a year, the Islamic State can claim to be their heirs more plausibly than any recent jihadist movement. It has created a blood-soaked paradise that groups like Al Qaeda contemplated only as a distant daydream.

“There is a mystical belief that, if you just establish the caliphate in the right way, Muslims will come to you and everything will fall into place,” says Fred Donner, a historian of early Islam at the University of Chicago. And it is precisely this promise of inexorable, righteous expansion that has drawn recruits from all over the globe—not just nearby, war-ravaged nations, but England and Australia and France, too. Together, they have formed the most monstrous squad of historical re-enactors of all time.

T he word Khalifa means “successor” (to Muhammad), and as such, a rightful caliph can demand the allegiance of all Muslims. But historically, an applicant for the job has had to fulfil a few conditions. He (always he) must be Muslim, fully grown, devout, sane, and physically whole. Because he is theoretically meant to lead Muslims in battle, missing limbs or a sickly disposition will automatically disqualify him. He must also hail from the Quraish tribe of the Arabian Peninsula, a requirement that turns out to matter a great deal in the case of the current caliph.

After the first four caliphs—whose rule the Islamic State remembers as a period of Muslim solidarity, although three died violently—dynasties of Sunni caliphs ruled out of Damascus (the Umayyads, 661–750), Iraq and Syria (the Abbasids, 750–1258), and Istanbul (Ottomans, 1299–1924). As Islam aged, many not-so-exemplary men held the office of caliph. By the Ottoman period, they receded from view and remained as figureheads, with military rulers called sultans making all decisions of consequence. The last Ottoman caliph, Abdülmecid II, was ousted by the secularist Mustafa Kemal Atatürk and reacted not by raising an army of vengeful zealots but by retiring to a life of beard-grooming and nude portraiture in Paris.

We don’t know which caliphs from history are most revered by Abu Bakr al-Baghdadi, who rules by his birth name Caliph Ibrahim. To him, the ineffectual aesthetes of the Ottoman period may not even count as caliphs. (That softie Osama bin Laden likely accepted them as legitimate: In his early statements, he bemoaned their downfall.) Baghdadi seems to have sentimental fondness for the Abbasid caliphate. The Abbasids ruled primarily from Baghdad, where the current caliph is said to have earned a doctorate in Islamic law. And Harun al-Rashid, perhaps the greatest Abbasid caliph, briefly relocated the caliphate to Raqqa, the Syrian city that is the capital of the Islamic State. After ISIS fighters invaded Mosul and slew a dozen imams, Baghdadi led Friday prayers at the main mosque and wore all black—the regnal color of the Abbasid caliphs—as if the last eight centuries never happened.

Past caliphates have bent the rules and selected corrupt or worldly men for leadership. Some have also ignored the Qureshi requirement, or fabricated caliphs’ pedigrees on the grounds of necessity. But the Islamic State refuses to let such things slide. Baghdadi’s Mosul sermon demonstrated command of the florid rhetoric of classical Arabic, so his religious chops are confirmed. And his Qureshi lineage is beyond public dispute. Many Iraqis, including Saddam Hussein, can also boast Qureshi descent, and because no one knows much about Baghdadi—certainly not enough to trace his lineage back 1,400 years to a preliterate society a thousand miles away—it’s hard (and in the Islamic State, probably fatal) to suggest he’s lying.

Interpretations of what constitutes a legitimate caliph are so loose that it’s surprising how few caliphates have been declared since 1924. But radical Muslims have been reluctant to invoke the word for reasons both practical and purist. “If you go back to the 1970s, you’ll find they all just call themselves ‘groups’ or ‘fronts,’” says Thomas Hegghammer, who studies jihadists for the Norwegian government. Not until the late ’80s do you find the first jihadist “emirate,” which is a state run by an emir, a secular prince. Some Muslims have suggested that the Taliban’s Mullah Omar is caliph material. He styles himself “prince [emir] of the faithful,” a historical term nearly but not quite synonymous with “caliph.” But he is neither Qureshi nor (some would say) physically intact, due to an eye lost in battle. And bin Laden never declared himself caliph, either, in part because he lacked Qureshi blood. (Fred Donner told me that the bin Ladens’ Kennedy-like prominence in Saudi Arabia ensured that no lie about Qurayshi descent could gain traction.) 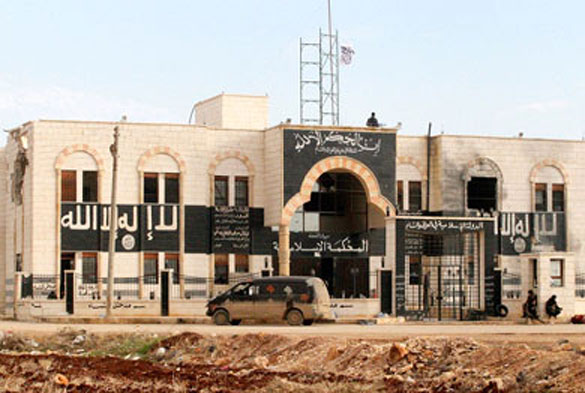 This tenderness about using the term “caliph” extends to almost everyone in the old guard of Al Qaeda, which hates ISIS. In general, the grayer the beard, the less enthusiasm for rule by Baghdadi. Abu Muhammad al-Maqdisi, the Palestinian Jihadi theorist who mentored Abu Musa’b al-Zarqawi (himself Baghdadi’s guru), has condemned the declaration of the caliphate on the grounds that it creates discord among mujahedin. Bernard Haykel, an Islamic law expert at Princeton, says caliphs are supposed to be chosen by consultation with all Muslim scholars, and Baghdadi hasn’t shown he has the support of even a majority of ultra-radical Muslims.

Mostly, though, caliphate declarations have been rare because they are outrageously out of sync with history. The word conjures the majesty of bygone eras and of states that straddle continents. For a wandering group of hunted men like Al Qaeda to declare a caliphate would have been Pythonesque in its deluded grandeur, as if a few dozen Neo-Nazis or Italian fascists declared themselves the Holy Roman Empire or dressed up like Augustus Caesar. “Anybody who actively wishes to re-establish a caliphate must be deeply committed to a backward-looking view of Islam,” says Donner. “The caliphate hasn’t been a functioning institution for over a thousand years.”

Cole Bunzel, a doctoral candidate at Princeton, thinks Baghdadi maintained a policy of “strategic ambiguity” about when to declare himself caliph. “The Islamic State has acted like a caliphate from the beginning, but they couldn’t announce themselves as one because they would have sounded ridiculous.” Now that they’ve controlled Raqqa for more than a year—and oversee as much territory as Abu Bakr, the first rightly guided caliph, himself—the claim looks far more credible. The mass executions and public crucifixions have also done much to erase any lingering aura of comedy.

Slavish loyalty to historical example at least makes the beliefs and plans of ISIS a little more predictable than those of a spry, global-reach organization like Al Qaeda. We know, for example, that Baghdadi demands total allegiance and that the Caliphate structure of ISIS does not lend itself to the cell-based activity that made the bin Laden network hard to eradicate. It also severely limits what ISIS can do, since any attack on a Western city would draw an immediate and devastating counterattack on Raqqa, and wouldn’t require the laborious fumigation of hundreds of mountain caves.

So how do we fight ISIS? Giving Baghdadi more time as caliph might only make him more plausible in the role and allow him to draw more fighters to his state. If that is true, one concerned Western scholar told me, we would be wise to kill him fast. Right now only an infinitesimal number of Muslims have sworn fealty to him. The biggest danger is letting that number grow. Once he becomes a popular figure instead of a divisive one, his death will have spillover effects. “Killing the religious leader of even a small minority of Muslims is not good propaganda,” says Cole Bunzel.

But a massive invasion by the United States would have equally deplorable effects, because it would instantly convert Baghdadi’s squalid army into the world’s premier terrorist organization. A balanced and effective approach, then, would be to kill him as fast as possible and to use Kurdish and Shia proxies to arrest his state’s expansion. By confining U.S. action to surgical raids and proxy war, we might avoid accidentally anointing him or his successor Grand Poobah of the Mujahedin.

It’s also true that killing one caliph can extinguish a whole line. Consider the fate of Baghdad’s last Abbasid caliph, al-Mustasim Billah. When the Mongols sacked Baghdad in 1258, their leader Hulagu Khan (grandson of Genghis) ordered slaughter on a scale rarely witnessed in history. His men murdered as many as a million Muslims in a week, in an age when death was still dealt manually, with blades and cudgels. Even in victory, Hulagu treated the caliph with circumspection. Because it was bad luck to let royal blood touch the earth, Hulagu rolled Mustasim in a carpet before loosing a whole stable of horses to stampede over his body. Whether by drone, or by a well-placed bullet from one of Kurdistan’s famous female commandos, it seems likely that Baghdadi’s death will be less tidy.

ISIS almost certainly has a successor in mind. But the supply of caliphs is not infinite, according to some Baghdadi-aligned Islamic scholars studied by Bunzel. One of those scholars, the Bahraini cleric Turki al-Bin’ali, cites a saying attributed to Muhammad that predicts a total of twelve caliphs before the end of the world. Bin’ali considers only seven of the caliphs of history legitimate. That makes Baghdadi the eighth out of twelve—and in some Sunni traditions, the name of the twelfth and final caliph, Muhammad ibn Abdullah, has already been foretold.

These beliefs would be merely peculiar, if the punctilious nature of ISIS did not suggest that its leaders believe in the literal truth of prophecy and will act accordingly. David Cook, a historian at Rice University who studies Muslim apocalypticism, points out that the battles preceding the Day of Judgment will take place in modern Syria, with a final showdown in the year 1500 of the Islamic Hijri calendar, or A.D. 2076. If ISIS scholars are right, we could be as few as four air strikes away from forcing the caliphate to find and appoint a physically robust man named Muhammad ibn Abdullah, who has both eyes and no missing limbs. The end of the world may be coming, one Hellfire missile at a time.

Graeme Wood is a contributing editor at The New Republic.