From 15 to 17 November, over 350 world leaders, academics and writers gathered in Goa for the 2nd India Ideas Conclave, hosted by the India Foundation. The Conclave, as one journalist put it, “shows a large intellectual ecosystem, in India and abroad, bound by a common concern for what is good for India”. 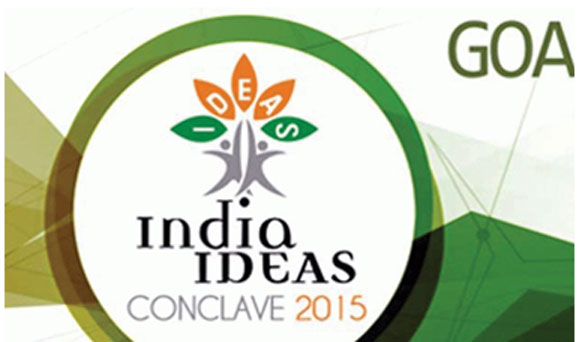 But, given the timing, it was inevitable that the recent terrorist attack in Paris infused many presentations. The Valedictory session of the Conclave began with a minute of silence for the departed and many presenters warned that the Indian cultural underpinning of Islam in the subcontinent was at risk of being replaced by, as attendee Sultan Shahin put it, a Saudi-funded “desiccated Salafist/Wahhabi version of Islam”.

At the same time, presentations lauded India’s “unity without uniformity”. For example Dattatreya Hosabale, joint general secretary of the RSS said, “Unity is when all treat a person who comes to their door as a God. But that is not uniformity. How you do that might be different.” Ambassador Muhammad Zamir of Bangladesh said, “SAARC countries have a shared culture.” And Vinay Sahasrabuddhe, director of BJP’s Public Policy Research Centre, said, “Unity gives you the space for diverse manifestations. In India there is a spiritual democracy that is the cornerstone of our sustainable pluralism.”

However, there was widespread concern that Wahhabism was threatening that unity. Attendee Tshering Tobgay, the Prime Minister of Bhutan said, “The attacks on France were an attack on humanity.” While Sultan Shahin said, “The idea that life begins in the grave is a ticking time bomb that should be defused by all governments, Muslim and otherwise.”

Daniel Pipes, President of the Middle East Forum said, “There have been three earthshaking radicalism in 20th century: Fascism, Communism, and Islamism. The first two have been defeated, now we must defeat the third.”

It was acknowledged, however, that it wouldn’t be easy. M.J. Akbar noted, “You can’t scare a suicide bomber with the threat of death. When you think your stupidity is endorsed by your culture and your God, you can be proud of your stupidity. This is an existential challenge.”

However, Pipes also noted that Islamism has major flaws: adherents fight each other, as seen in Syria and elsewhere, and Muslims living under Islamist rule don’t like it, as seen in Egypt and elsewhere.

Tufail Ahmad, author of Jihadist Threat to India, made concrete suggestions on how to counter the threat in India. The core was to follow the Indian Constitution and ensure that the fundamental right to education.

Ahmad said: “Madrasas capture the Muslim child’s mind during the critical 6-14 years of age, an age when children are required to be protected by the Right to Education Act. All children must be in proper schools during the school hours of the day. A proper school means: students must achieve the same educational outcomes in mathematics and other material sciences which students from mainstream schools achieve. If a specific madrasa does not deliver these educational metrics, it must be banned as unconstitutional, in violation of the Right to Education Act.”

Ahmad said: “I don’t want quotas, I want my daughter to learn math and sciences,” adding, “the Muslim siege mentality and minority syndrome reside in Hindu-Muslim riots and quota politics. To remove siege mentality, India must ensure radical zero-tolerance police reforms and we must make quota politics redundant by developing a national policy of free books, free clothes and free schooling for children of all BPL card holders, irrespective of their religion and caste.”

“As a long-term strategy” Ahmad said, “the Indian government must introduce three textbooks from Grade 1 through 12: One on Indian classics such as Upanishads, Mahabharata, Gita and classical Indian thinkers; a second primer on the Constitution’s ideals; and a third primer containing good points from all religions. History gives us hopeful lessons: In India itself, Hindu youths abandoned castes and sati. Christianity and Judaism went through their internal conflicts; the Bible and the Torah are removed from public life. Since Islam is the youngest of the Middle Eastern religions, there is hope. The cause of Islamic Reformation in India must begin in the age group of 6-14 years.” The Conclave also explored vibrant Indian technology, literature, spirituality, and culture. It was a glittering kaleidoscope of hope and innovation — even brighter in comparison to the dark shadow of Wahhabism.