Why Caricaturing Islamic State Women as Sex Brides is Simplistic

The Message Of IS Appeals Equally To Muslim Women; They Should Not Be Considered As Mere Appendages To Men

1.    The idea that women within the IS simply existed to provide sexual comfort to their husbands is simplistic.

2.    The available evidence does not support the theory of any institutionalized sex jihad.

3.    Moreover, such an analysis only denies the agency of Muslim women by romanticizing them as inherently non-violent.

4.    The narrative that IS women are victims must be replaced by one wherein these women are seen as making an active, conscious and deliberate choice. 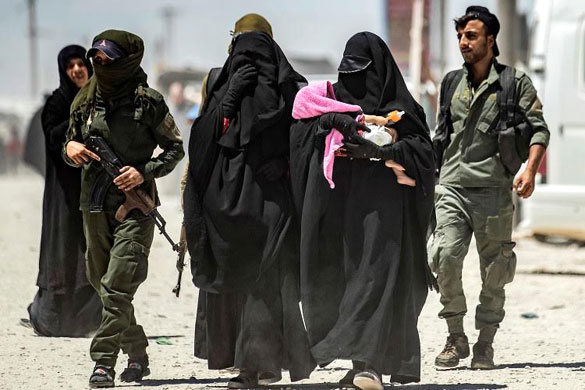 In ascertaining the reasons of western Muslim women’s willingness to join the Islamic State (IS), most analysts play on the popular stereotype that they were primarily ‘lured’ and consequently recruited into the organization to become ‘sex-brides’. The idea that they simply provided sexual comfort to their husbands who were fighting to establish an Islamic state is facile. Such analyses do not help us to understand the underlying motivations of these women to join a dreaded terror organization. Rather than throwing any light, it only strengthens the stereotype of Muslim men being obsessed with lust.

But then, according to these women themselves, they were not ‘tricked’ but voluntarily decided to join the fight and help Muslim men. The very act of travelling to a far away land without any known support structure points to a certain agency which these Muslim women exercised. It was a choice which they made consciously in favour of the Islamic state. Any analysis which denies this agency is too simplistic. And when such analyses feeds into policy making, we can well argue that the policy will be doomed from the start. Why is it so hard for us to understand that the allure of an Islamic state might resonate with Muslim women as part of their Islamic commitment as it did with men?

In a recent paper, Kiriloi M Ingram attempts to do just that by shedding light on the recruitment strategy of IS towards western women. By analysing multiple issues of Dabiq, the online English magazine of IS, he tries to debunk the myth that all such recruited women who migrated to Syria and Iraq did so with the express purpose becoming ‘sex-brides’. He points to the need of understanding the appeal which the IS might have had for these women. He posits three kinds of active roles that the IS promised for these women: supporters, mothers-sisters-wives and fighters.

Muslim women could become supporters by performing two duties: first by recognizing that living in the west and associating with Kufr (disbelief) is a major reason for current Muslim malaise. Their second duty was to abandon friends and family in the land of disbelief (Dar al Kufr) and perform hijrat (migration) to the land of Islam (Dar al Islam). After the supporters perform hijrat, they are given the roles of mothers, sisters and wives through which they are promised purpose and belonging within their newly created group. The wives of the caliphate were expected to become ‘bases of support and safety’ for their husbands and encourage them to engage in jihad while raising her ‘lion cubs’ and being the ‘teachers of generations and producers of men’. The least discussed role of women was that of the fighter. IS discouraged women from taking on fighter roles as they considered it to be the exclusive obligation of Muslim men. However, they did not refrain from praising ‘fighter’ women like Tashfeen Malik, the female shooter of 2015 San Bernardino attack.

Two other labels, ‘victim’ and ‘corruptor’ were also employed by the IS. While the earlier three roles were for women who were part of the in-group or the new community, the latter two labels were reserved for the outside world. The outside world, their ways and women were the perennial corruptors ever ready to victimize Muslim women. But at the same time, if a Muslim woman is not offering any particular role within the new community, then she is also liable to be labelled as a corruptor.

Thus, there was no evidence within the pages of Dabiq that the IS were using sex appeal to recruit western women. In 2015, Ayman al-Tamimi, who studied a cache of archives left behind by fleeing IS fighters, also came to the conclusion that the evidence available did not support the theory of any institutionalized sex jihad. It is true that IS encouraged women to get married to its fighters, but they normally did not outline these duties wrapped in love and lust. Their appeal was rational: women held important positions in society which would eventually help in the reproduction of the caliphate. They could never be overlooked in any nation building process. Since the IS were engaged in nation building of their own kind, the recruitment of women became a necessary exercise. Those who were looking at sex as the prime motivation behind the emigration of Muslim women forget that IS expected certain values to be upheld. Whereas wives must be loyal to their husbands, sisters were expected to be chaste. The recruitment of women for the IS was very much a mundane process of building a nation of believers (Ummah) and not a result of their lust for sex slaves.

This is not to suggest that the IS members did not commit acts of savagery and brutality on women. There are documented cases of their indulging in such acts. However, it seems that this was not by any institutional decree. On the other hand, the IS certainly sanctioned the keeping of slaves, as we saw in the case of Yazidi women. While I am not endorsing this savage conduct, it is important to note that IS made a distinction between treating Muslim and non-Muslim women. Since our concern here is with IS’ appeal towards Muslim women, their treatment of non-Muslim women needs to dealt separately. 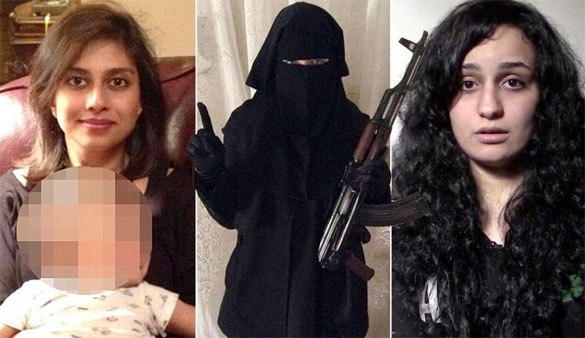 The popular imagery constructed around IS which is one of sexual anarchy and libertarianism therefore needs to be corrected for any informed discussion. An obsessive focus with the sexual lives of Jihadis, only trivializes the savagery that the IS enacted. The attraction of Muslim women towards the message of the IS and their migration should concern all right-thinking Muslims who want to rescue Islam from the clutches of extremists. But this cause will hardly be served by fuelling the Occidental fantasy about lustful Arab men indulging in orgiastic rituals.

What we need is a dispassionate analysis to tell us why so many Muslim women decided to leave the comfort of their home and embrace war, brutality and uncertainty. While we now know about the motivation of IS to target western women, that is only part of the story. The other half, which we know very little about, is why many Muslim women migrated to IS territory in the first place. Certainly, everything cannot be explained away by arguing that they were ‘lured’ by the IS. Majority of such women were adults and hence very much capable of taking informed decisions. Any thesis that suggests that these women were lured or tricked is problematic as it ends up denying their agency.

When it comes to the IS, the narrative that their women must necessarily be looked at through the prism of being a victim needs to be replaced by one wherein these women are seen making an active, conscious and deliberate choice. If a particular reading of Islam can move Muslim men to enact horrors, why is it inconceivable if Muslim women are similarly motivated by the appeal of same religion? The idea that women are necessarily anti-violence should be put to rest. Throughout the world, women are taking an increasing role in right wing organizations. There is no reason why such sentiments and motivations would not be present in Muslim women. It is only by considering them as active agents within such organizations that we will be able to make a sound policy so that such events are not repeated.