Terrorism and Militancy Revolves Around the Anti-Islamic Axis of Hate, Feud between the Communities, Illiteracy and Ego

1.       It is shocking to know that those who are fighting for the sake of Islam, do not know even the basic tenets of it.

2.       There is no place for brutality, hate, anger and exclusivism that constitutes supremacism and ego.

3.       Islam revolves around the axis of peace, kindness, compassion, brotherhood and divine attributes of inclusiveness.

4.       Brutalities perpetrated by ISIS in Syria, Taliban in Afghanistan and Pakistan, Boko Haram in African Peninsula has been behind the spread of Islamophobia in the world. 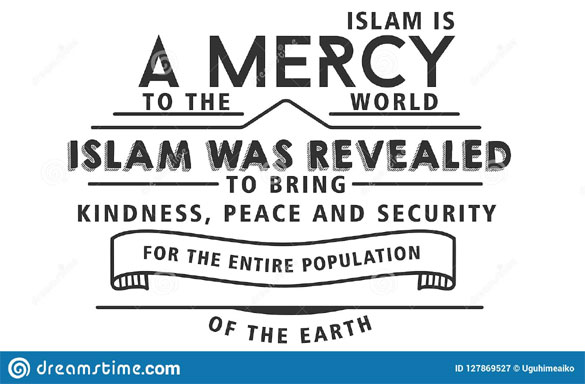 It is shocking to know that those who are fighting for the sake of Islam, do not know even the basic tenets of it. Islam revolves around the axis of peace, kindness, compassion, brotherhood and divine attributes of Inclusiveness. There is no place for brutality, hate, anger and exclusivism that constitutes supremacism and ego. Islamic essence advocate, ‘no compulsion in religion' hence there has to be a no compulsion policy and strategy for true Islamic life. Islam propagates scholarly discussions and entertains questions, with pleasure, even about religion and its ethics.

Terrorism and militancy revolve around the anti-Islamic axis of hate, the feud between the communities, illiteracy and ego. Terrorists’ blind faith in their ideological beliefs created a mess in their minds. Their supremacist ideology created sectarianism of a different kind that created lots of terrorist organisations of different demeanour. If the terrorists are followers of the seventh-century Arabian cultural ethos that Islam denounced, they are working against Islam in the name of Islam.

Some terrorists are against western education when Islam has categorically commanded to ‘read’, even if one has to go as far as China, according to one Prophetic tradition. Boko Haram’s ideological masters should come forward and refute the Ahadith given below or should change their way and take to the mainstream social life and work for the achievement of the Prophet Muhammad Pbuh’s teachings, in the field of education.

"The seeking of knowledge is obligatory for every Muslim." - Al-Tirmidhi, Hadith 74

“One who treads a path in search of knowledge has his path to Paradise made easy by God…” - Riyadh us-Saleheen, 245

"Acquire knowledge and impart it to the people." - Al-Tirmidhi, Hadith 107

Then there is a militant organisation that calls itself ‘Taliban’. Talib means ‘seeker’ and ‘Talib Ilm’ means seeker of knowledge that is a student. This terrorist organisation kept Afghanistan under its reign of terror and brutality from 1996 to 2001. 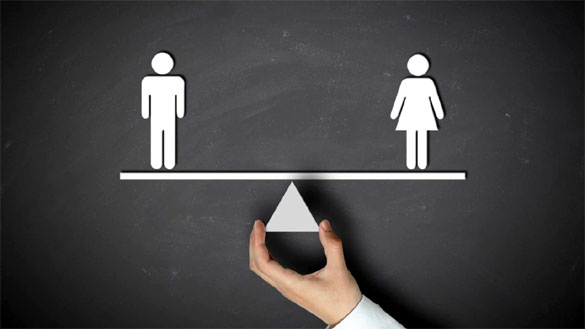 Along with all other dastardly acts Taliban, 1.0 in Afghanistan will be remembered for their scaredy-cat relationship with women. In the name of piety, they sentenced women to barbarous inequality. They were not allowed to move outside their dwellings not even either for education or healthcare. The Taliban and their ideologues have forgotten how Allah, the Exalted has bestowed gender equality to women by addressing them together. Consider the following Ayat:

Taliban have maintained gender equality only by killing men and women without distinction. They have beheaded both men and women, demeaning what Allah, the Almighty says in the Holy Quran:

"Whosoever killed a person ... it shall be as if he had killed all mankind" (Al-Ma'idah:32)

Their ideological masters of Taliban have either not read or pretend to have not understood the Qur’an verse mentioned above.

ISIS: The Fountainhead of Terror

ISIS established an Islamic State, as per their admission, but was that administered on the values of the Meesaq e Madina? Rather, the so-called Islamic State of ISIS was being governed against the spirit of the Holy Quran and the traditions of Prophet Muhammad Pbuh. History is witness to their chaotic rule where even the most pious and piteous men were living in a state of uncertainty.  ISIS ruled Islamic State was run on the rules of the jungle. It had rapists, blood-thirsty murderers who were all hypocrites. Inhumane treatment of humanity was the rule of the day. They brought destruction and death in the beautiful nations of Syria and Iraq. Their brutal and tyrannical ideology of spreading mayhem distorted the Islamic vision of peace and tranquillity. The damages they brought to the reputation of peace-loving Islam does not seem to be repaired soon.

Pakistan also calls itself an Islamic State that is upbringing Islam in all spheres of life. Pakistani style of Islamic State is also run by the Mullahs that are to be found in every nook and corner of the country. These Mullahs are betraying the Islamic teachings by being a part of the domestic violence, forced conversions and forced marriages or allowing these inhuman acts under their noses.

Allah knows the best what Islamic ethics are being followed there in corrupt practices of the government agencies and the powers that be. Incidents of bomb blasts, killing of innocent students, everyday occurrence of rapes and murders that have become routine, are not a sign of an Islamic nation.

Islam is an advocate of true democracy and true democracy is based on the teachings of Islam. Meesaq e Madina and Prophet Muhammad Pbuh’s last sermon are testimonies of Islamic democracy. Pakistan and other so-called Islamic nations should have been an example of true secular democracy. These are not secular democracies is proof that these are not following the teachings of Islam that advocates equality and brotherhood among all the sections of the society.

Islamic essence, created by the life and work of Prophet Muhammad Pbuh based on love, compassion and sense of Inclusiveness as taught by Allah Almighty, has been disregarded and defamed by the self-boasted warriors of Islam. The brutalities perpetrated by ISIS in Syria, Taliban in Afghanistan and Pakistan, Boko Haram in African Peninsula has been behind the spread of Islamophobia in the world. This Islamophobia has taken the form of an epidemic that is swallowing Islamic pride and Muslim life.

The terrorist and militant organisations are not following what Allah, the Exalted has said in the Holy Quran neither have they understood the essence of what the Apostle of Allah, Prophet Muhammad Pbuh says in his Last Sermon:

O mankind, We have created you from a male and a female, and made you into races and tribes, so that you may identify one another... (Al-Hujurat: 13)

Muslims of the world better understand the following Quranic verses and act accordingly to achieve equality, brotherhood love and peace and tranquillity in the world for all the human beings, the vicegerents of Allah on the earth. If the so-called Islamic nations and the terrorists and militants failed to understand Quran and Hadith they are doomed to be defeated here and hereafter.

We have honoured the children of Adam and carried them by land and sea; We have provided good sustenance for them and favoured them specially above many of those We have created. (Al-Isra: 70) — Abdul Haleem

Have you seen him who cries lies to the Doom? That is the one who repulses the orphan And does not urge the (offering) of food to the indigent. So woe to the ones who pray, Who are they that are unmindful of their prayer, Who are they that show off, And (refuse and) prevent (small) kindnesses. (Al-Ma'un: 1-7) — Dr Ghali

And do not come near to adultery; surely it has been an obscenity and odious as a way. (Al-Isra: 32)— Dr Ghali

Anyone who has a minimal understanding of religion in general and Islam, in particular, would defy all that the terrorists do in the name of safeguarding religious ethics. Terrorists’ brutality against non-Muslims has been behind Islamophobia, Islam hatred and Muslim persecution all over the world. Muslim scholars and intellectuals only duty has been ‘rebuttal’ and ‘refutation’ of the killings, murders, bomb blasts and forced marriages and conversions. Why is it that the Muslim scholars, intellectuals, Sufis and the innumerable humanitarian organisations working for human rights find themselves unable to stop this carnage called terrorism and militancy?