By Alan Blinder, Jack Healy and Richard A. Oppel Jr. 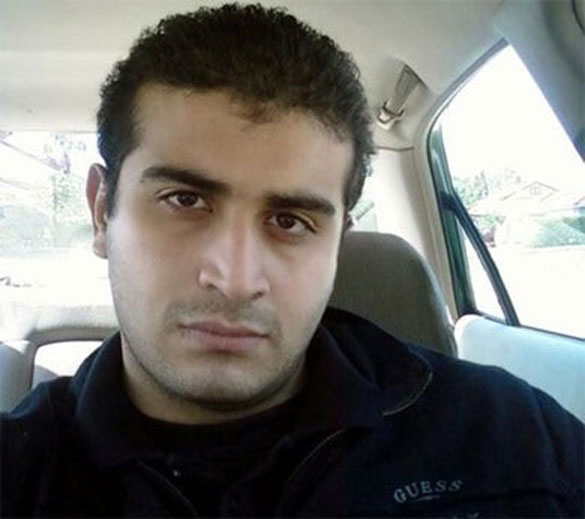 Omar Mateen’s life seemed to be on a successful trajectory a decade before he carried out one of the worst cases of mass murder in American history.

He earned an associate degree in criminal justice technology in 2006. A year later, he was hired by one of the world’s premier private security companies, G4S. And then, in 2009, he got married and bought a home.

Soon, though, signs of troubles emerged. His wife, an immigrant from Uzbekistan, divorced him in 2011, after he abused her.

Two years after that, the Federal Bureau of Investigation was called in after reports from Mr. Mateen’s co-workers that he, the American-born son of Afghan immigrants, had suggested he may have had terrorist ties. The F.B.I. interviewed him twice, but after surveillance, records checks and witness interviews, agents were unable to verify any terrorist links and closed their investigation.

Then, in 2014, the F.B.I. discovered a possible tie between Mr. Mateen and Moner Mohammad Abusalha, who had grown up in nearby Vero Beach and then became the first American suicide bomber in Syria, where he fought with the Nusra Front, a Qaeda-aligned militant group. Again, the F.B.I. closed its inquiry after finding “minimal” contact between the two men.

After the terrorist investigations cleared Mr. Mateen, he maintained both his Florida security-officer license and his job. He also kept his Florida firearms license, and within the last few days he legally purchased a handgun and a “long gun.”

The precise reason he walked into a gay nightclub in Orlando early Sunday morning with a handgun and an assault rifle was still under investigation, with law enforcement officials fanning out from the damaged nightclub in Orlando to residences in at least four states in search of clues.

Labelling the attack an act of domestic terrorism, law enforcement officials said Mr. Mateen had called 911 once the attacks began and swore allegiance over the phone to the Islamic State.

But Mr. Mateen’s father suggested his son was motivated by a different hate. His father, Seddique Mir Mateen, told NBC News that his son had come across two men kissing in Miami recently and was infuriated that his 3-year-old son had seen it, too.

Mr. Mateen’s father said the killing had nothing to do with religion, and he apologized for his son. “We weren’t aware of any action he is taking,” he said. “We are in shock like the whole country.”

Equally stunned by the day’s events was Omar Mateen’s ex-wife, Sitora Yusufiy, who said that he quickly became controlling, abusive and erratic after they were married.

In an interview at her home near Boulder, Colo., Ms. Yusufiy said that when she first met Mr. Mateen online through Myspace in 2008, he was a funny charmer with a decent job and aspirations to become a police officer.

But after they were married, he made her hand over her pay-checks from her day care job, prevented her from calling her parents and hit her, sometimes as she slept, she said. He also kept a handgun in the house.

“I wasn’t allowed to go anywhere except work,” she said.

Mr. Mateen was an observant Muslim, but never expressed sympathies for terrorist organizations or radical Islamists, she said.

He also made anti-gay comments when he was angry. “There were definitely moments when he’d express his intolerance towards homosexuals,” she said.

Ms. Yusify said she left Mr. Mateen in 2009 after her parents flew down from New Jersey and rescued her from the marriage, and had no contact with him since, save for one time when he tried to message her on Facebook.

“I thought I had closed the chapter on this horrible mistake,” said Ms. Yusufiy, who said she learned of the tragedy from her parents.

After the shooting, law enforcement officials swarmed a condominium complex in Fort Pierce, Fla., where Mr. Mateen owned a unit that property records show he purchased in 2009. The complex, wedged between Interstate 95 and the shore, now sits among some of Fort Pierce’s working-class blocks.

The authorities also focused on at least two other homes in the area, both in nearby Port St. Lucie, and spent hours canvassing a pair of properties connected to Mr. Mateen’s family.

It appeared that Mr. Mateen may have contacted another Orlando club in the days leading up to the shooting.

Micah Bass, the owner of the M Hotel and Revere, a large gay club in the area, said that someone resembling Mr. Mateen requested to add him as a friend this week on Facebook. He said he looked at the person’s picture and noticed that a lot of his friends had Arabic writing on their pages. Mr. Bass said he figured the request must have been sent in error, so he deleted it.

After the attack this morning Mr. Bass thought the name of the man looked familiar. When he searched the name on Google he realized it was in fact the same person who had contacted him.

At the Fort Pierce Islamic Centre, the mosque Mr. Mateen attended as a child, the imam said that Mr. Mateen would visit three or four times a week, usually at night. As Mr. Mateen grew, the imam said, he became reclusive.

The imam firmly denied that Mr. Mateen had heard any teachings at the mosque that would radicalize him.

Mr. Mateen’s father is an outspoken Afghan political activist, but that played no part in the investigations of his son that the F.B.I. carried out in 2013 and 2014, a law enforcement official said.

His father, Sediqque, hosted a talk show for a television channel broadcasting to the Afghan diaspora.

Recently, the elder Mr. Mateen has taken to posting videos on his Facebook page where, dressed in a military uniform in front of the Afghan flag, he sharply criticizes the Afghan president, Ashraf Ghani.

Late on Sunday, Omar Mateen’s employer, G4S, acknowledged that it had learned in 2013 that he had been questioned by the F.B.I. “We were not made aware of any alleged connections between Mateen and terrorist activities, and were unaware of any further F.B.I. investigations,” the company said.

The statement confirmed that Mr. Mateen had worked for the company since Sept. 10, 2007, and expressed the company’s sadness at Sunday’s attack. It also said Mr. Mateen underwent screening and background checks both when he was recruited in 2007 as well as in 2013, and nothing of concern surfaced either time.

Yet the statement did not address whether company officials had ever asked the F.B.I. why it had investigated Mr. Mateen. The company also did not respond to questions about Mr. Mateen’s conduct raised by one of his former co-workers.

The co-worker, Daniel Gilroy, said in an interview on Sunday that he had expressed concerns to G4S about Mr. Mateen’s demeanour when they both worked as security guards assigned to the PGA Village, a resort in Port St. Lucie.

“He talked about killing people all the time,” said Mr. Gilroy, who joined G4S after a career with the Fort Pierce police and later left the security firm. He said he could not provide names of any other co-workers who could support his account of Mr. Mateen’s behaviour.