Some Say Madkhali Salafists are The Antidote To ISIS

Some say it's the "antidote to ISIS." Others aren't as sure. Now, the Belgian security service (VSSE) has warned that Madkhali Salafism may pose the next terror threat to Europe and beyond. 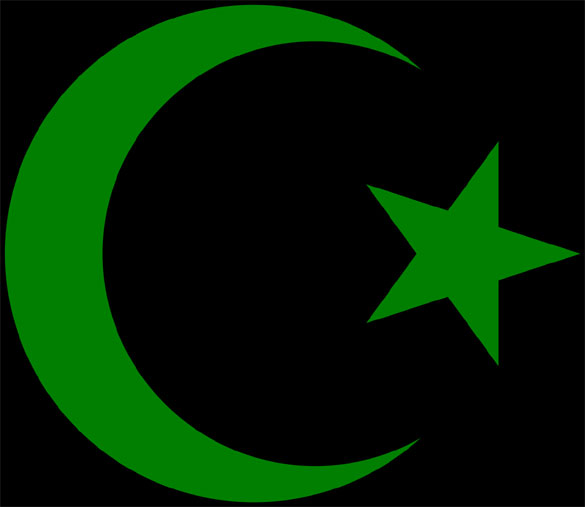 A symbol of Islam, the star and crescent, in a dark green. Created by Kbolino in Inkscape, who releases the image into the public domain for all intents and purposes.

Is it a kind of Islamist Trojan horse?

Also known as "Quietist Salafism," the Madkhali movement began in the 1990s through the teachings of Saudi Salafist scholar Rabee al-Madkhali. The movement largely follows the general tenets of Salafism, with devotion to sharia law and strict interpretation of Quranic texts, but denounces actual violence. Above all, and in contrast to the founders of the Islamic State, Madkhali Salafists renounce all forms of political engagement – from peaceful advocacy to leadership to terrorism.

Because they believe that Allah chooses the leaders of the world, they view it as their duty to obey any and all political regimes, be they dictatorships or democracies.

But the fact that Madkhalists do not rebel against democratic rule does mean that they support democracy. Rather, they tend to separate themselves from all forms of government and, according to Belgian officials, retreat from society in general – especially when it comes to non-Islamic, democratic cultures.

"They do not shake hands with the opposite sex," states the Belgian report, which analyzes the various terror threats to the country. "Music, festivals, parties, and relationships before marriage are forbidden, as is homosexuality. A majority of the women wear nikab." And like all Salafists, they seek a "pure" Islam devoted to the principles of sharia which, the VSSE warns, forms a threat to "constitutional and democratic order."

Nonetheless, the non-political character of Madkhalism and its rejection of violent jihad have led some Western scholars to argue that Madkhalis may be helpful in turning other Muslims away from violent ideologies like ISIS and al-Qaida. Moreover, the group emphatically opposes the very political Muslim Brotherhood, a position in sympathy with most of the secular West.

Hence, in a series of discussions hosted by the Brookings Institute in 2015, experts such as Farid Senzai and Rashad Ali argued that quietest Salafists may be better able than secularists and moderate Muslims to engage with radicalized Islamists. Further, they suggested, quietists could potentially provide a counter-narrative helpful in breaking the seduction of recruiters.

"Individuals joining jihadi groups often have little knowledge about Islam or the Quran. Many have little formal training; in fact, most have a rudimentary understanding gleaned from online sources or extremist websites," Senzai said at the time. "This perversion of Islam into an ideology that allows the wanton killing of innocents in pursuit of a Utopian society must be confronted directly. This is where Salafis [including quietests] can help."

But not everyone sees it that way. Jason Walters, a member of the Dutch-based Blue Water Intelligence, an organization that specializes in radical Islam and counterterrorism research, believes Senzai "completely misses the point."

"What we call 'ideology' is often a world, a reference of signification, based on certain assumptions but also a living world, a community, where one does not necessarily need thorough theoretical understanding but has a more intuitive understanding, also rooted in social praxis -social life," he said " ... Salafists and Salafi-jihadists share almost exactly the same world, with the differences between them being judicial disputes about the range of takfir, but sharing almost all fundamental assumptions." In other words, "even though quietists might not directly incite for violence, they do bring along a worldview which sets a person up for further radicalization."

Moreover, Madkhali influence is growing in the Maghreb, where, according to World Politics Review, "they are increasingly asserting themselves in the political and social sphere" and helping to bolster the rise of authoritarian states – another way in which they are scarcely harmless. Indeed, in post-Ghaddafi Libya, a Carnegie Middle East study revealed, Madkhali-backed groups have "ousted imams of mosques and replaced them with Salafis, set up Salafi primary education, occupied a technical college, and taken over media outlets."

Meantime, closer to home, Madkhalis have also begun taking over mosques and Islamic centers across Europe to spread what Belgium's VSSE calls their "totalitarian, racist, and antidemocratic" ideologies.

Much of this new Western Madkhali power comes via the Islamic University of Medina, where Dutch newspaper NRC Handelsblad estimates 45,000 men from 160 countries have been trained as imams – including dozens of Europeans. All students receive free tuition, housing, transportation, even spending money as a gift from the Saudi government, the NRC reports – offers that sweeten the deal for Westerners. And Rabbe al-Madkhali was the chair of the Department of Sunnah at the university from the mid-1980s to the mid-1990s. Many of those European imams would have been trained under his leadership.

Consequently, Walters notes that while Madkhalism "was always considered as apolitical Salafism, because it focused its extremism on culture," it is not "apolitical" at all. Rather, he described them as a kind of benign, apolitical group, which "says more about the desperation of western analysts to distinguish a 'good' from 'bad' Salafism."

But Dutch journalist and Salafism expert Carel Brendel believes that security and counter-terrorism analysts are starting to recognize the dangers of Madkhali Salafists "as a form of religious extremism. Not violent, but still a potential threat."

Part of that threat, Belgian officials say, comes through Madkhali groups' recruiting efforts, especially when it comes to children, whom they recruit with "immeasurable zeal." Much of this effort takes place through lessons at Islamic schools and mosques, as well as on the Internet, where Western Madkhalis appeal to Western youth in their native languages. And as Utrecht University Salafism expert JoasWagemakers noted during the Brookings discussions, "While quietists may provide an effective counternarrative to ISIS, they may also reinforce beliefs that are at odds with [Western] governments' secular values," further establishing their extremist influence on Western culture.

Hence, Madkhalists are no "antidote" to ISIS, Wagemakers and Brendel both believe. Rather, says Brendel, they "form a potential bridgeway to jihad." Because of this, he agrees with Belgian intelligence that "they don't pose a direct threat, beyond being a midstation between youths who are searching and those who are radicalizing." But "through the spread of anti-Western, anti-Democratic, and anti-integration visions," he adds, "the Madkhalis will prove to be a danger over time."

Abigail R. Esman is a freelance writer based in New York and the Netherlands. She is the author of Radical State: How Jihad Is Winning Over Democracy in the West (Praeger, 2010). Her next book, Rage: Narcissism, Patriarchy, and the Culture of Terrorism, will be published by Potomac Books in October, 2020. Follow her at @radicalstates.