Growing Islamophobia: Missing Introspection: Do We Muslims Too Owe Some Responsibility? And What Can We Do About It? Sultan Shahin Asks Muslim Delegates to UNHRC 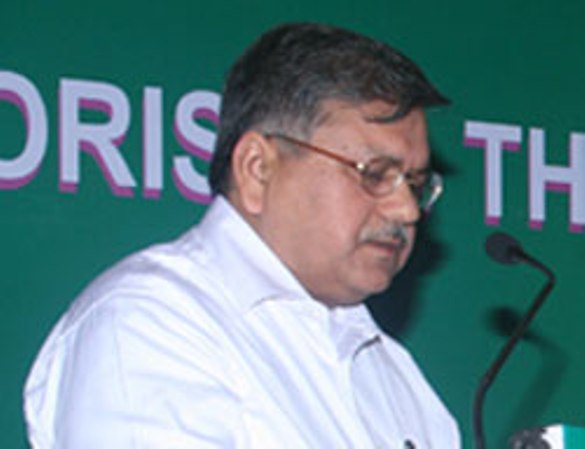 On behalf of: International Club for Peace Research

I would like to confine myself to reflecting on the problems of religious minorities, particularly Muslim minorities who are facing xenophobia and related forms of intolerance today in an atmosphere of widespread Islamophobia. We Muslims are also complaining of an attempt to encourage Islamophobia. The French ban on veils and Swiss ban on minarets has further vitiated the atmosphere. We do not know for sure how much of this is deliberate as a sort of anti-Islam crusade as we Muslims allege and how much is a paranoid reaction to growing radicalism, extremism and exclusivism in Islamic societies.

But I find a note of introspection on the part of us Muslims and Muslim governments completely missing in the continuing debate. I intend to do precisely that today. While we Muslims demand, and rightly so, the freedom to freely practice and propagate our religion in the non-Muslim majority countries, we do not seem to worry about the plight of religious minorities living in Muslim-majority lands.

That Muslim societies in general have radicalised over the last decades cannot be denied. This has been a direct result of tens of billions of petrodollars having been spent in promoting a rigid, obscurantist, desiccated version of Islam, shorn of all its beauty and bounty. Preachers of what I can only call “petrodollar Islam” have gone around the world asking Muslims to develop a separate identity that distinguishes them not only in the practice of Islamic prayer rituals but also looks and apparel. The phenomenal rise in Muslim women wearing Hijab and an assortment of veils or men growing what is called an Islamic beard is no accident.

Discrimination against religious minorities in Muslim-majority countries has grown. Anti-blasphemy laws, for instance, have been routinely used to harass and commit acts of violence against religious minorities. The Report of the Special Rapporteur on freedom of religion or belief, Asma Jahangir, mentioned the case of Christians and the minority Muslim sect of Ahmadis who are continually harassed on baseless allegations of blasphemy in Pakistan despite the government’s stated commitment to fulfil its international obligations.  One almost routinely comes across in the media these days headlines like the following emanating from Muslim-majority countries:

Two Sikhs Beheaded In Pakistan For Refusing To Convert To Islam

Another issue that may be fuelling Islamophobia is the widespread Islam-supremacism in the Muslim community. God told us in the Quran that Islam is not a new religion; it is the same religion that God has been sending to this planet through tens of thousands of previous prophets. We were told that the Holy Quran is merely a reiteration of the messages that were sent before. We were specifically told not to fall in the trap of considering ourselves the chosen people. But we did not listen. We have developed an ideology of Islam-supremacism, contrary to all Islamic teachings. We have developed a theory that Muslims alone will go to Heaven, all others are going to be consigned to Hell, no matter how righteous. Obviously anyone who harbours a feeling of superiority over others cannot possibly expect to have good relations with them.

Then we have allowed a section of Muslims to spread among us a version of exclusivist Islam that wants us to get away from each and every pre-Islamic tradition. Pre-Islamic traditions like Hajj and veneration of Kaaba Sharif are intrinsic to Islam itself. But we are told that we should behave and look different from followers of all other religions and forego all our local cultural traditions.

A derivative of this same petrodollar Islam is what is known as Jihadi Islam. This Jihadi Islam is taking away our youth, brainwashing them and turning them into human bombs. It is using some verses of the Holy Quran as weapons of war. We all know that the Prophet had to fight existential battles to safeguard Islam. These verses were revealed then to buttress the war effort. But they are not meant for us to act upon today.

While the Jihadi Islam is using these verses to brainwash our youth to following these dictates to the letter even today, the petrodollar Islam helps the process by saying repeatedly that every word in the Quran is of equally universal significance implying that the call to war contained there has the same value as the call to prayer, for instance, or the call to righteousness. Apparently the petrodollar Islam and the Jihadi Islam are two sides of the same coin.

We mainstream Muslims are silent spectators; we are allowing both of them to devastate our societies, create permanent fissures in our relations with other communities. We are allowing them to suck the spiritual content out of our religion and fill it with a desiccated, dry, desert version of Islam in which there is no room for anything that is cheerful or beautiful.  One of the attributes of God is beauty, but there is only ugliness and strife in the hearts of petrodollar Islamists.

Mainstream Islam is still mainstream. These sections are still small, though with the infusion of massive money power they have grown quite aggressive lately. It is time, we the Muslim people and our governments stopped merely demanding rights from the international community but also thought of what we can ourselves contribute to fulfilling the UN ideals of establishing peace and safeguarding the human rights of all peoples around the world.  It is time we decided to take the Jihadi bull by its horns. Time for dilly-dallying is long past. We will have to go back to our roots, our Quranic roots, our philosophical roots, our greatest saints and their teachings. We will have to once again inculcate the broadmindedness of our saints, the generosity and forgiveness, the attitude of gratitude that was the hallmark of our prophet. It has now become a question of safeguarding not only our religion but our children, our youth from being whisked away to Jihadi camps and active and sleeper cells. The very least we can do to safeguard our own youth as much as the human rights of entire humanity as well as world peace is to explain to our people loudly and repeatedly:

That we are not a chosen people; Islam-supremacism is nonsense and that the Ummah of all prophets are equal in the eyes of God who will judge them according to their own faith, not ours. That the war verses in the Holy Quran were meant for wars being fought then and do not apply to situations today. That Islam is not the exclusivist religion that the Petrodollar Islam is preaching. It is a religion of co-existence encapsulated in the verse Lakum Deenakum Waleya Deen (For you be your religion and for me mine) and La Ikraha fid Deen (There can be no compulsion in religion). That it is dangerous to press for the establishment of Sharia   laws in non-Muslim lands. India is the only non-Muslim majority country in the world that allows Muslims to organise their family life according to their own personal laws. But other societies are not prepared for it. Muslim countries themselves do not allow religious minorities such freedom. So making a case for that in Europe and other countries creates further Islamophobia in the present atmosphere in which some fear of Islam and Muslims should not be difficult to understand, though of course, all governments should try to fight it and protect legitimate rights of the Muslim community. That religious freedom is indivisible. If we as a minority community need freedom, it becomes our duty to also fight for the religious freedom of minorities in Muslim lands. That Islam itself teaches us Ijtihad, rethinking, so that we can adjust to the newer realities of changing times.