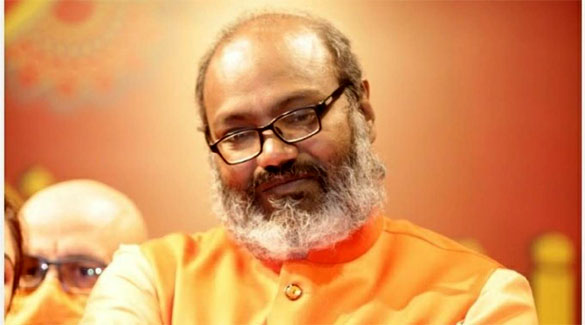 Muslims in India are once again outraged over the insulting remarks made against the Prophet (pbuh). This time the culprit is Yati Narsinghanand Saraswati, head priest of Dasna Devi temple in Ghaziabad, Uttar Pradesh. He made these blasphemous remarks on the Prophet during a press conference in Delhi. His outrageous remarks concerned the Prophet’s marital life, particularly his marriage to a very young 9-year-old Ummul Mominin Hazrat Aisha (RA).

It's very unlikely as the facts being given below will show that Hazrat Aisha was six when she got married to the Prophet and nine when the marriage was consummated. Though girls used to get married early in those days, particularly in Arabia’s tribal society, but still not this young. This is what makes this narration very unlikely. Yet this is what most Muslims believe in and hence Islamophobes use this as a handle to beat them with.  Muslims believe in this narration because it has come from Hadith, and Hadith is considered akin to revelation, almost equal to Quran. Most Muslim ulema do not differentiate much between the Quran and Hadith. If   anything, Hadith has much greater influence on Muslims than Quran because its narrations and stories are read and understood more profoundly.

Muslims, however, are not willing to introspect at their belief system which leads to Islamophobes getting these opportunities. Howsoever provocative his language may have been, the fact remains that, in substance, Yati Narsinghanand Saraswati is merely saying things that Muslims themselves have written in their Seerat (biography of the Prophet) and Hadith (narrations attributed to the Prophet in books that are considered authentic).

The Muslim belief in Hazrat Aisha’s age being nine when her marriage was consummated is so strong that the Sharia laws followed by Saudi Arabia and other Muslim countries forces nine-ten year old girls to live with their old-aged husbands even when they run away from marital homes. One Sharia  court in Saudi Arabia forced the father of a ten year old married girl to take her back to her husband’s home. Another judge said that even one year old girls can be married off, though consummation will have to wait till she is nine. All this emanates from the belief in the Hadith narrations about Hazrat Aisha’s marriage to the Prophet (peace be upon him).

Also Read:   Child Marriage Chart Reveals Girls Can Wed At 12 in Some Parts of the US - As Lawmakers Battle to Raise Age To 16

We can only hope that some Muslims will now look at the facts given below as well as on other pages on newageislam.com and at least consider Hazrat Aisha’s age at marriage controversial and oppose the Sharia laws that perpetrate such horrible atrocities on young girls in Muslim countries. No matter how many court cases we file against Islamophobes or beheadings we threaten, the situation will only improve when we change our own mind-sets and start using rationality, though our present theology virtually bans use of mind in matters of faith, under the influence of Imam Ghazali who passed away in 1111 (CE).

One thing is very clear and all the scholars agree with the point that there was no official registration of births when Hazrat Aisha (may Allah be pleased with her) was born. Therefore her date of birth and date of marriage cannot be narrated with full certainty. The Quran does not mention her age but second-rank sources of Islam speak of her age. These sources are not Mutawatir (Mutawatir is a report narrated by a number of reliable transmitters, along with other established criteria, to give certainty that the tradition is not fabricated) but revolve around probability. This is the reason that her age at the time of marriage should become a subject of controversy.

According to a hadith reported in Sahih Bukhari, “The Prophet (peace be upon him) married her when was she six years old and he consummated his marriage when she was nine years old”. There are other sources which differ on this age of marriage but all the scholars agree on the point that the marriage was not consummated at the time of her marriage contract.

Also Read:  The Hadith Conspiracy and the Distortion of Islam

There are historians, writers, and scholars who have revisited the biography of the Prophet and Hazrat Aisha. They hold the view that at the time of marriage, Hazrat Aisha was 16-17 years old, and not 6, and the marriage was later solemnized when she was 19 years old and not 9. There might be a mistake in recording the age of Hazrat Aisha and 16 must have been mistakenly recorded as 6 and 19 as 9. This looks like sound research because of the calculation methods.

Some historians state that she was born in 605 CE which means she was around 15-16 years at the time of Hijrah and 19 when she moved in with the Prophet (peace be upon him).

Also Read:   Justifying child abuse in the name of Shariah

The majority of historians have narrated that she passed away at the age of 67. For example, Imam Al-Usfuri and Imam Ahmad bin Hanbal have recorded that she passed away 50 years after migration (Hijrah) in 672 CE. If a person calculates it, he will find that the age of Hazrat Aisha (may Allah be pleased with her) at the time of marriage was around 16 and she was 19 when the marriage was consummated. To sum up, I must say that though her age is the subject of dispute and certainty cannot be claimed over this subject, I prefer the view that she was 16 at the time of her marriage.

Also Read:   Controversy Over the Status of Hadith in Islam: Wrongs from the 'Right' Bukhari

Some ill-intentioned people are expressing bad words about the marriage-age of Hazrat Aisha with the Prophet (peace be upon him). These bad words were not raised by the vehement enemies of Islam like the Prophet's tribe, Quraysh, during the time of Prophet Muhammad nor later along with the Islamic history, as the ethics and morality of that era was very different from today. Regardless of certainty of her marriage-age, a person should develop good thinking about a lady whose marriage was based on a divine command as the lady Aisha narrated that “Angel Gabriel came to Prophet Muhammad (peace be upon him), carrying a green silk cloth with the message of her marriage on it and said, “this is your wife in this world and in the hereafter” (this hadith was narrated by al Tirmidhi).

The wisdom behind this marriage can be observed by the fact that at a young age she could have memorized all the women-related rulings to forward them to other ladies of Islam. Her excellent memory at an early age served her well in transmitting and recording the large prophetic heritage. She became one of the top religious scholars of her time. Hazrat Aisha was endowed with so many virtues as her intellectual discernment that the great companions (Sahaba) used to seek her juristic opinion on difficult issues. She excelled in the practice of independent legal reasoning (Ijtihad) and was singled out for her unique narrations of prophetic traditions, mostly about female issues, that could not be collected by other companions.

According to a report narrated by Attaa ibn Abi Rabah, “Hazrat Aisha was the top of all jurists and the most knowledgeable among them and had the best opinion in public matters”.

Another tradition narrated by Hisham ibn 'Urwa is that his father said about 'Aisha “I have not seen any one more knowledgeable about jurisprudence or medicine or poetry than 'Aisha”.

Muslims who believe in the traditional narrations of Hadith about her marriage age must think of such virtues when speaking of the age of her marriage. Once they change their mindset and stop peddling false and concocted stories and narrations in Hadith, Islamophobes too will have to stop.