Muslims and Islamophobia ( 2 May 2021, NewAgeIslam.Com)

Islamophobia Watch: Soldiers And Retired Generals Of France Promote Islamophobia Ahead Of Next Years Elections

1. One thousand soldiers and retired generals of France have written an open letter to President Macron warning him of a civil war in France.

2. They say that Islamic separatists have got control of a large part of France.

3. The initiative has been taken by a retired army general Fabre Bernadac

5. The Macron government said it will take legal action against the soldiers who violated the principles of neutrality and loyalty by signing the letter. 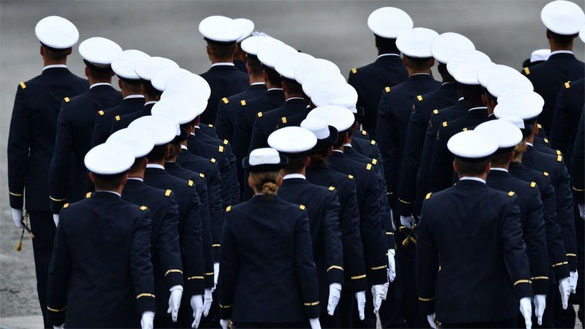 One thousand soldiers including 20 retired army generals have written an open letter to President Emmanuel Macron warning his government of an impending civil war due to the increasing influence of Islamists and religious extremists in the county. The open letter that was first posted on a retired general Jean-Pierre Fabre Barnadac's blog "Place Armes". The letter says, “The hour is grave, France is in peril." The signatories of the letter strongly felt that France was facing several deadly dangers and held Islamic extremism and the hordes of banlieue responsible for the impending doom. The letter further warns Macron, “It is no longer the time to procrastinate otherwise tomorrow civil war will put an end to this growing chaos and deaths for which you will be responsible-- with number in the thousands."

The letter further said, "Fanatic partisans were creating divisions between communities" and that "Islamists were taking over whole parts of the nation's territory."

The letter is seen by Muslims in France as an attempt by the opposition to use Islamophobia to win the Presidential elections to be held in 2022. The retired general Jean-Pierre Fabre-Barnadac is behind the letter whose book "The Damned of France" was released last month also raises the issue of growing separatism and fractures in French society. Before posting the letter, he had also expressed the same fear in his talk on Sud Radio. He had said that he was fearful of the current situation which is headed toward an explosion.

More importantly, one of the signatories of the letter is Ms Marine Le Pen who is running for next year's Presidential elections. She praised the soldiers and retired generals for showing the courage to speak up against the 'growing control' of the Islamic separatists. She wrote on the far right news website Valleurs Actuelles on which the Islamophobic letter was reproduced, "The concerns that you courageously express cannot remain at the stage of expressing indignation, however powerful. It requires in democracy the search for a political situation which must materialise through a project of alternatives." On the website she went further to invite the retired generals to join her campaign in the 2022 Presidential elections.

The Macron government has very strongly reacted to the letter and the Minister Incharge of Defence has said that action will be taken against active soldiers and retired generals for defying principles of neutrality and loyalty.

It has become very clear that Fabre-Bernadac has been in the forefront of this anti-Muslim campaign. Before writing this letter, he released his book on the same narrative and simultaneously he expressed the same views on Radio.

That he is going to make 'Islamic separatism' and the 'looming civil war' a political issue together with Ms Marine Le Pen next year is very clear and for that he is preparing the ground. By inviting retired army generals to join her campaign against Muslims in the next year's elections, Marine Le Pen has made the issue very explosive. That 1000 active soldiers have already joined the campaign is evident from the letter. For active soldiers to be involved in political issues will have very serious ramifications not only in French politics but also in other countries where Muslims are in minority and are facing Islamophobia.

However, French President Emmanuel Macron cannot be absolved of his responsibility to foment Islamophobia in the country. The current spike in Islamophobia in France has been witnessed since September 2020 when he had made the controversial " Islam in crisis" statement and later brought the draft bill which aimed to curb "Islamic separatism". After that his government cracked down on 76 mosques across France suspected of separatism. His Prime Minister Jean Castex had said, “The enemy of the republic is an ideology that calls itself radical Islamism whose objective is to divide French people from one another,"

The new bill was aimed at curbing online hate campaign, punishing doctors for issuing virginity certificates, clamping down on home-schooling of children over three years old. And making community associations to sign declaration of allegiance to the values of republic. 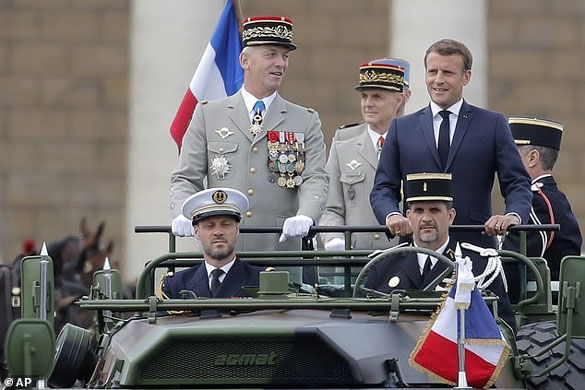 However Macron had admitted that ghettoisation of immigrant Muslims by the French government and society was also at the root of the growing separatist feelings among the immigrant Muslims.

It can not be denied that growing extremism and growing influence of the ISIS and Al Qaida is also the cause of growing Islamophobia in France. Religious Extremism has grown in France since 2012 more rapidly and after the emergence of the ISIS France has suffered a number of terror attacks in Paris, Nice and other cities and towns.

About 260 terror attacks have been made in France since 2015. Some of them were lone wolf attacks while some others were organised attacks. In October 2015, two brothers inspired by Al Qaida carried out an attack on the satirical newspaper Charlie Hebdo and killed 12 people.

In November 2015, a gang of 8 ISIS gunmen attacked various locations in Paris and killed 130 people and injured 300.

On July 14, 2016, a Tunisian-born resident of Nice drove a truck into a crowd celebrating Bastille Day and killed 86 people.

These attacks are apart from lone wolf attacks on policemen, churches and priests.

The ISIS has its online recruitment campaign for Muslims and publishes its French language magazine Daral Islam.

Another important aspect of Islamic extremism in France is that the banlieue are the breeding ground for terrorism in France. Banlieues are suburbs of large cities and are low income housing projects for immigrants. They are divided into autonomous administrative entities and do not constitute part of the main city. The banlieues in the suburbs of Paris are desolate, rundown neighbourhoods of shops, mosques and high-rise apartment buildings built decades ago for immigrants from French colonies in Africa. These banlieues are mostly populated by immigrant Muslims from Africa, Middle East and Eurasia and live an impoverished life. A report in New York post says:

"Unfortunately these poor neighbourhoods in which they live act as breeding grounds for terrorism because many of these people feel as if they have no other options or hope."

The government also does not care much for them and so they mostly go unmonitored or unpoliced. The terrorist organisations take advantage of this situation and lure Muslim youth from these banlieues into terrorism. The two brothers who attacked Charlie Hebdo were residents of banlieues. The ghettoisation of immigrant Muslims is to a great extent responsible for their radicalisation.

It is also a fact that Muslims in France face discrimination and harassment in public and in jobs. And it is also a fact that majority of the Muslims have integrated and assimilated into the French society. Muslims in France form only 8% of the total population and among them only a handful nurture radical ideology and perpetrate violence and terrorism which the French government has ample legal and physical powers to deal with. So, presenting the theory that a handful of separatists and extremists will cause a civil war in the country is obviously a political ploy to put Macron on the defensive and make political gains in the elections.

To counter the propaganda of his opposition that Macron is being lenient to the Islamic extremists and pushing the country towards hell, Macron will probably assume harder posturing agaimst Muslims to prove more nationalist than Marine Le Pen and the 1000 soldiers and retired generals who have written the letter and cause a further growth of Islamophobia in the country. And the peace-loving and law abiding Muslims of France will suffer more.